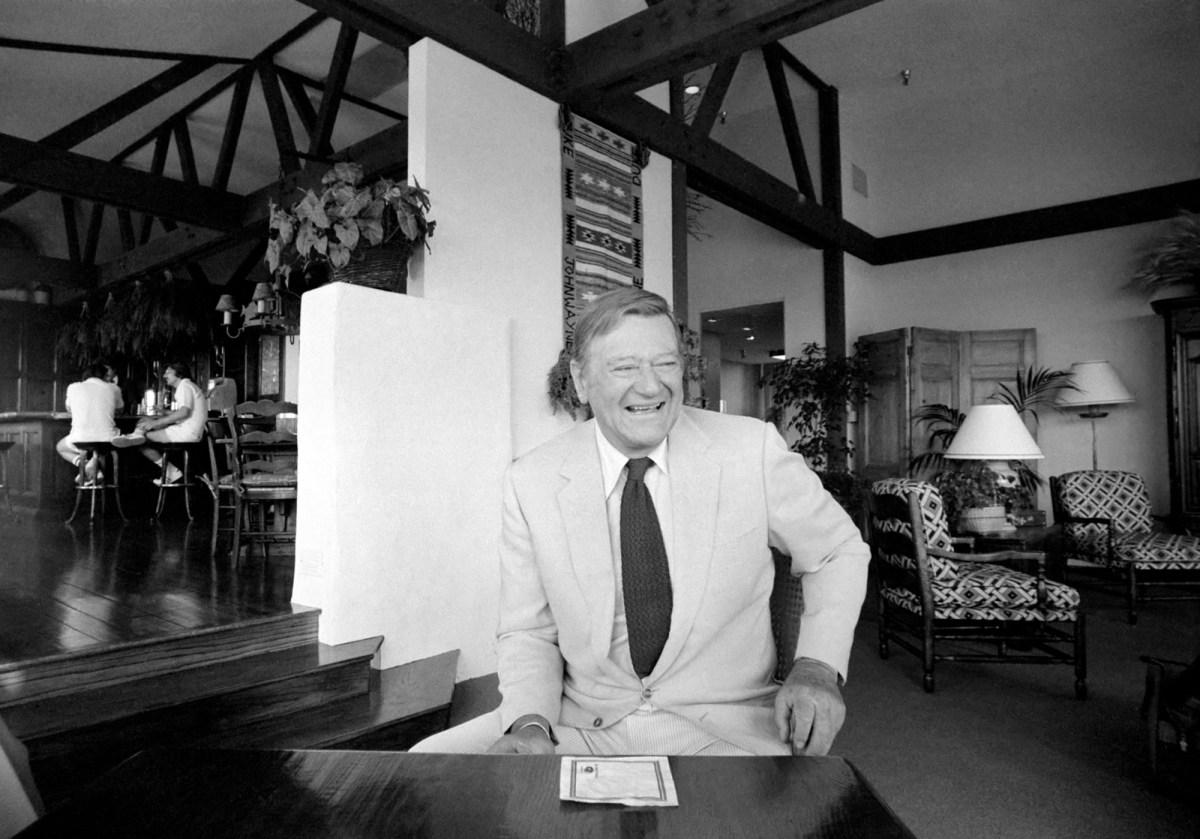 A drink called The John Wayne has a recipe that will knock off the socks of any coffee aficionado. It went through multiple coffee houses as a limited-time drink, but it’s also possible to make it in the comfort of your own home. The actor has a tough, Western image that extends past his movies and through to his public persona. Here’s a look at the Wayne coffee drink recipe that “pilgrims” love to make.

According to Sam O’Steen’s Cut to the Chase, the industry catered to Wayne’s habits and filmed before noon. However, the actor was drinking something a bit stronger than coffee. As a result, Wayne drinking alcohol ultimately spelled out a recipe for disaster.

O’Steen wrote how Hollywood directors wouldn’t film any time after noon to ensure that they get the best performance possible out of Wayne. He wrote that directors called him a “mean drunk” that they didn’t want to deal with once his behavior turned sour in the afternoon hours.

Many critics at the time called Wayne out for not giving performances but simply playing the same persona that he became famous for. However, it gave audiences the comfort that they knew exactly what they were getting from one of his movies. Nevertheless, Wayne still managed to deliver more serious performances in titles such as The Shootist and his Oscar-winning role in True Grit.

The coffee drink that pilgrims can’t stop talking about

If you’re a Wayne fan or just love trying a new coffee drink recipe, BRCC Coffeeheads is on the case. “Life is tough, but it’s tougher when you’re stupid,” the video quotes the actor. However, they also add the line, “It’s also tougher without coffee!”

The John Wayne is a rather simple recipe that still manages to pack a punch. You can make it with half & half, vanilla syrup, and espresso. However, you’ll want to ensure that you layer it with a spoon to make this drink come out just right.

The end result is a light brown and white coffee drink that is fitting for any cowboy in the West. However, the comments suggest that the Wayne coffee recipe should also include a shot of bourbon to honor the Duke. Wayne certainly enjoyed his alcohol, so it’s quite likely that he would approve of the decision to give this caffeinated beverage an extra kick with the shot of bourbon.

Another longtime fan said that the actor would be proud to see this drink named after him. “He’d say that this makes a man wake up early in the morning and do what a man does best,” the commenter wrote.

A Wayne fan mentioned that they used to make this exact coffee drink recipe in college, which they called an undertow “.Used to drink the whole thing in once if you chug it fast you get hot, strong espresso followed by cold sweet …read more

DEAR JOAN: Hoping you can offer a solution to an on-going problem at my house. The neighbors’ cats continue to frequent the backyard and spray in various places. They are in the process of ruining our Japanese boxwood hedges. They also spray on furniture covers we have on our deck, as well as our 2-year-old air […]

Tom Petty Being a ‘Beatles Freak’ Irritated His Producer

Tom Petty | Rick Diamond/Getty Images Tom Petty knew he wanted to pursue music after hearing The Beatles Petty first heard The Beatles when they appeared on The Ed Sullivan Show. “I watched it with my little brother,” he said, per the  Tom Petty loved The Beatles ever since he was a teenager in Florida. The band […]

CHICO — For stargazers and aspiring astronomers alike, the upcoming Perseid meteor shower will be the must-see event of the year. Illuminating the sky with approximately 100 shooting stars per hour, the meteor shower is one of the most beloved meteor showers in the Northern Hemisphere, said Chico State Associate Professor of Physics Nicholas Nelson. […]