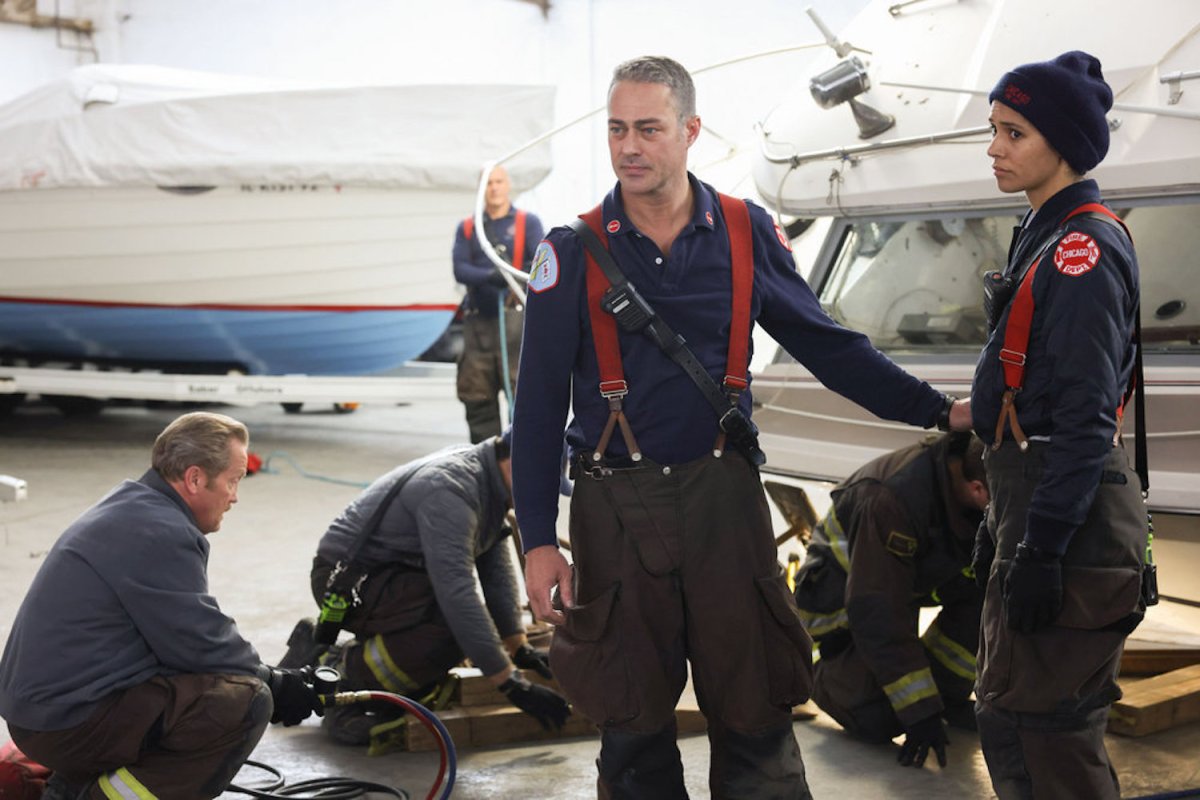 Chicago Fire has been a staple of NBC’s primetime lineup for over a decade. As part of the network’s Chicago franchise, the show has occasionally riled fans with its provocative storytelling. But Chicago Fire has taken a different kind of heat for a recent season 11 storyline. Here’s why the NBC hit sparked a debate over a plotline involving baby boxes and why the topic was even timelier than the show’s producers could’ve planned.

Chicago Fire Season 11 episode 10, “Something for the Pain,” aired on Jan. 4, 2023. And in this episode, paramedic Sylvie Brett (Kara Killmer) opens a temperature-controlled device. She explains it’s “a place for people to safely and anonymously drop their newborns under the state Safe Haven statute.”

Although such a development might seem like something that could happen only on TV, these locations — known as “surrender boxes” and “baby boxes” — are rooted in reality. In fact, Chicago Fire seems to have hit upon a debate that’s raging throughout the nation.

Why the storyline feels ripped from the headlines

“My biological father is a rapist, and I was abandoned at birth, and my life still has value,” Kelsey told CBS News. “I wish that today, my birth mom would have had those resources all those years ago.”

The hope is that surrender boxes will eliminate the number of dead, abandoned babies found yearly. Every Safe Haven Baby Box includes a heater, cooling unit, and silent alarm that alerts first responders 60 seconds after the device detects an infant.

‘Chicago Fire’ Speculation: Violet and Gallo Are Being Set Up to Reunite

The notion of a surrender box is controversial enough. But Chicago Fire has also faced criticism for its false depiction of the Safe Haven Law. Illinois has indeed had such a law for newborns since 2011. But it doesn’t offer a baby box system; instead, the state requires surrendered infants to be handed over in person. The Chicago Fire Department (CFD) is none too pleased with the show’s depiction.

“The scene concerns us because it’s not realistic, CFD spokesman Larry Langford told the Chicago Tribune. “We just don’t do that here. The law is not written that way. And we understand that a lot of the TV show is fictionalized and it’s loosely based on us. But we prefer they not do something that …read more

Christina Hall | Lou Rocco/Disney General Entertainment Content via Getty Images HGTV star Christina Hall revealed that she rehomed her family dog, Biggie, in 2021 Christina Hall introduced fans to her dog Biggie on Instagram shortly after Christmas 2020. “Too cute not to share. Meet the newest member of our family – Biggie. We are […]

Anthony Bourdain Inspired 1 of the Funniest Scenes in ‘Chef’

Anthony Bourdain at the 2016 Creative Arts Emmy Awards | Emma McIntyre/Getty Images According to Anthony Bourdain‘s legacy centered around cooking on and off television. He went from being an executive chef in Les Halles to being a TV personality in various food shows. He even became an author of a best-selling book early in […]

‘The Amazing Race 34’: Would Derek and Claire Have Won on a ‘Normal’ Season?