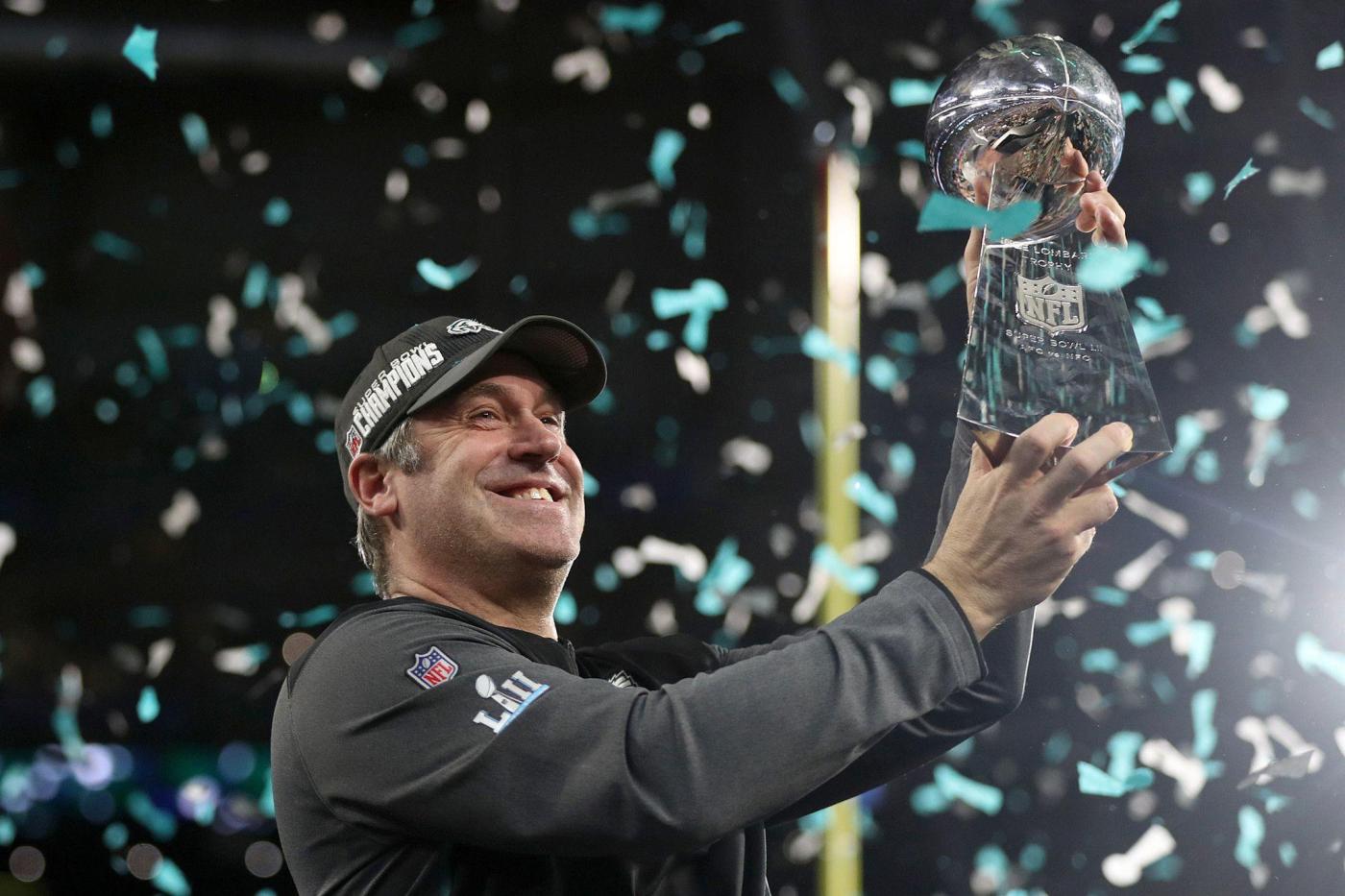 The Chicago Bears have reached out to at least 10 general manager candidates and nine coaching candidates for interviews. As they go through the interview process, we’re looking at each of the prospective hires.

First up is coach Doug Pederson, who interviewed with the Bears on Wednesday, according to a source.

Experience: Pederson was the Eagles coach for five seasons, going 42-37-1 with three playoff berths and a Super Bowl title. Before that, he was the Kanas City Chiefs offensive coordinator for three seasons and the Eagles quarterbacks coach. A former quarterback, Pederson started 17 games during a decade in the NFL with four teams, including the Green Bay Packers.

You should know: The Eagles fired Pederson a year ago after a 4-11-1 season, one of two losing seasons during his time in Philly. The Eagles offense struggled in 2020 as quarterback Carson Wentz’s play regressed. Pederson benched Wentz for rookie Jalen Hurts in Week 13. Pederson’s departure from Philadelphia came after friction with owner Jeffrey Lurie, according to a detailed report from The Athletic.

Bears connection: Pederson climbed the ranks as an assistant under coach Andy Reid, just like former Bears coach Matt Nagy. He visited Bears training camp over the summer and caught up with Nagy and third-string quarterback Nick Foles. Pederson and Foles have their own statue in Philadelphia commemorating the “Philly Special,” the trick-play touchdown pass from Trey Burton to Foles in Super Bowl LII.

What has been said: Pederson did an extensive interview with the New York Daily News last month as he prepared to weigh his next steps and said this about quarterback development: “I definitely take a lot of pride in the development of the quarterback. I had a tremendous offensive coordinator in Frank Reich who was a former NFL star in this league at that position, and I think that’s important to have guys who played the QB position who know the mindset, can teach the QB. Then you’ve got to understand the person you’re coaching. Your system has to fit his strengths. As coaches we need to adjust to that.”

Federal prosecutors have charged an Oakland man with allegedly pulling out a pistol and opening fire at another vehicle during a road rage incident late last year in San Francisco’s Tenderloin District. Wilmer Arteaga, 29, of Oakland, is charged with being a felon in possession of a firearm and for possessing more than 40 grams […]

‘Succession’ Cast Member Alan Ruck’s Wife Mireille Enos ‘Burst Into Tears’ When He Auditioned, and Not for Joy

Alan Ruck and Justine Lupe | Macall B. Polay/HBO Ruck appeared on the WTF with Marc Maron podcast on Oct. 14. When Maron asked about Ruck’s wife, he told the story of how he joined the Succession cast. All three seasons of Succession are streaming on Alan Ruck’s wife is Mireille Enos. They met before […]