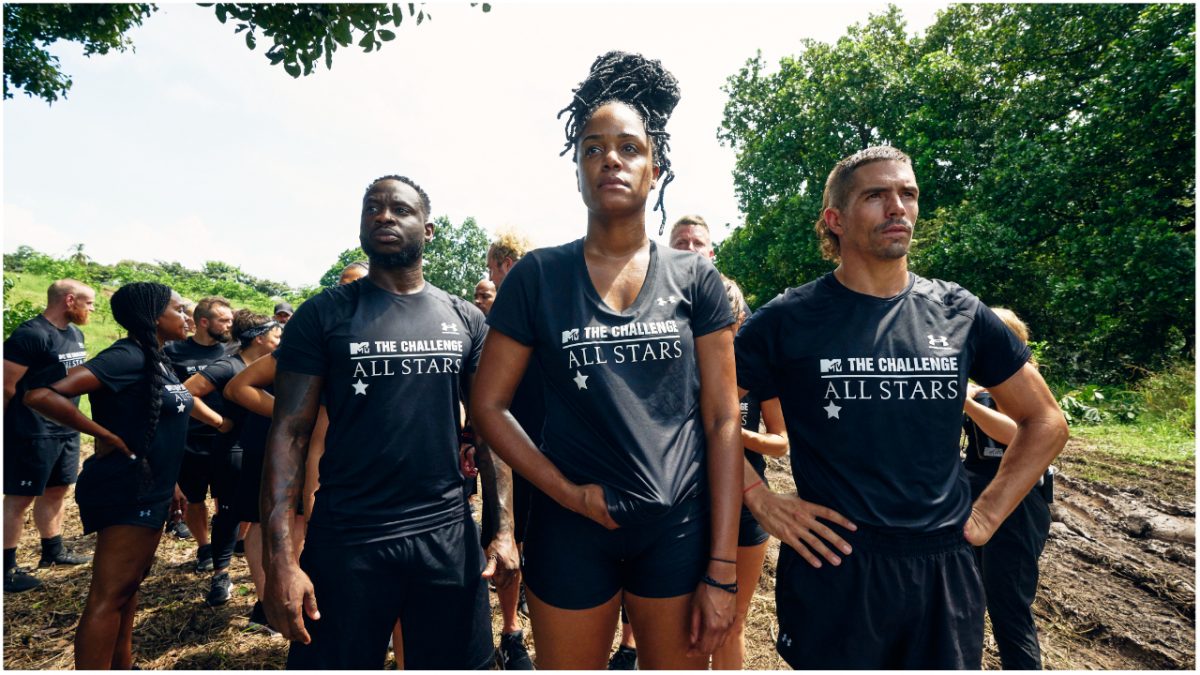 Nia Moore and Jordan Wiseley have developed a close relationship

The Challenge stars Nia Moore and Jordan Wiseley have developed a close bond following one of the most volatile pasts in The Real World history. Their relationship has gotten so tight that many fans wonder if Nia and Jordan are dating. She recently opened up about their romance.

Nia Moore and Jordan Wiseley have developed a close relationship

When viewers last saw Nia Moore on The Challenge, she got disqualified shortly before competing in the Battle of the Exes 2 (2015) finals for assaulting Jordan Wiseley.

The two had a volatile relationship from their reality TV debut on The Real World: Portland (2013). Therefore, they were surprised to see her make her return seven years later, on Jordan’s arm.

RELATED: ‘The Challenge’: Nia Moore on Rumors She Was Banned: ‘I Should’ve Been’

The two admitted to having pent-up “sexual tension” between them and seemed to hook up during All Stars 3.

Additionally, they worked closely together in the house, and he encouraged her when Sylvia Elsrode surprisingly called her out for elimination. Adversely, she was devastated when he went home the following week.

Nia confirmed she and Jordan are ‘not dating’

In a June 2022 interview with AfterBuzz TV, she spoke about her strong relationship with Jordan.

The Georgia native explained the All Stars producers made her “feel very comfortable” with the experience, namely in how it differed from the flagship series, but admittedly didn’t care to compete.

However, she changed her mind after talking with Jordan, in which he revealed he would join the cast. Nia also acknowledged their close relationship but promised they “are not dating.”

She referred to him as “one of the greatest loves of my life in terms of men in my life” and reiterated how much she loves him. Although the two-time competitor noted they both want each other to find happiness, they don’t believe it’s with each other. “We’re not compatible dating-wise,” she added.

Many fans thought Nia and Jordan had a romance prior to ‘The Challenge: All Stars 3’

Jordan and Nia met in 2013 while on The Real World: Portland, where the rivals got into explosive arguments. In one notable exchange, he used the “n-word” and made monkey noises at his co-star.

Their rivalry continued into The Challenge, which eventually crossed the line, resulting in her disqualification. In 2020, after MTV publicly cut ties with Dee Nguyen for insensitive comments about the Black Lives Matter movement, many fans began calling for the network to do the same with Jordan.

Jordan always gives 110% to everything he does and this elimination against Fessy was no exception. …read more

Blueberries can be grown in a container

Did you know blueberries are a superfood, high in vitamins and minerals? In fact, they provide antioxidants that help protect your body from heart disease and cancer, decrease inflammation and boost your immune system. They are delicious, low in calories and high in fiber. Best yet, you can grow blueberries in a container on your […]

By Danica Kirka | Associated Press LONDON — With the first plane set to take off Tuesday, Prime Minister Boris Johnson emphatically defended Britain’s plan to send asylum-seekers of various nationalities to Rwanda, despite an outcry from the United Nations, human rights activists and religious leaders. “We are going to get on and deliver” the […]

As with other top-rated television comedies from past and present, The Andy Griffith Show can thank its stellar writing team for the show’s scripts. And, of course, its ensemble cast that transported viewers to the small town of Mayberry. Griffith himself was very demanding of the show’s scripts and revealed, many years after the show’s […]