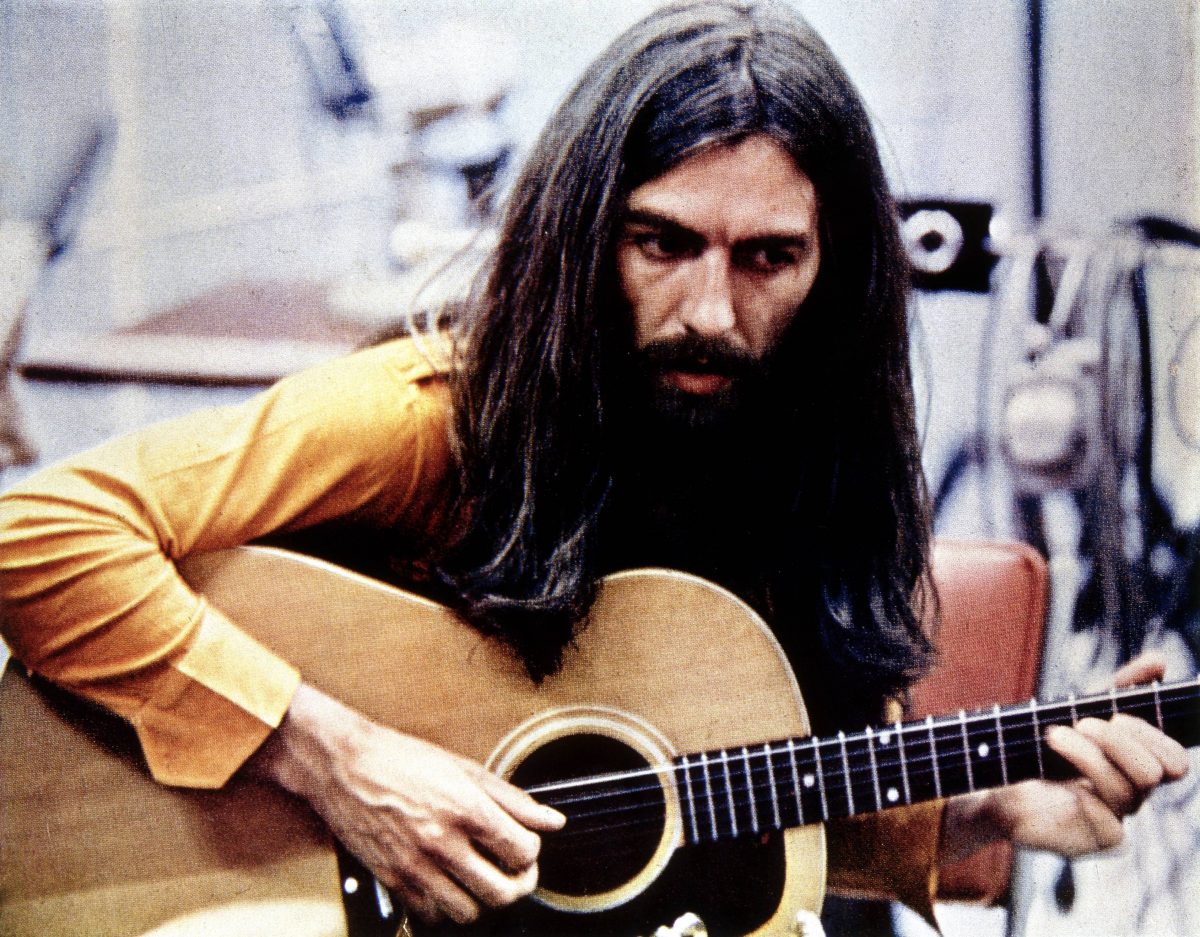 One of the Beatles’ songs that George Harrison wrote used a line George knew was cliche.
John Lennon revealed why that song was the first song by George to become an A-side.
The song was a massive hit.

Many of The Beatles‘ songs reached No. 1 in the United States. However, not many of them were written by George Harrison. The first No. 1 single that George wrote was not nearly as popular in the United Kingdom.

The first Billboard Hot 100 No. 1 single George wrote was “Something.” According to the book George Harrison on George Harrison: Interviews and Encounters, the singer discussed the track in a 1969 interview.

“I wrote it at the time when we were making the last double album, he said. “And it’s just the first line, ‘Something in the way she moves’ which has been in millions of songs. It’s not a special thing. But it just seemed quite apt.”

Subsequently, George gave fans insight into his songwriting process. “I usually get the first few lines of lyrics and melody both at once,” he said. “And then I finish the melody usually first and then I have to write the words.”

RELATED: George Harrison’s Son Fixed 1 of the Former Beatle’s Biggest Songs So You Can Hear the Synthesizer In It

According to the book All We Are You Saying: The Last Major Interview with John Lennon and Yoko Ono, John discussed why none of George’s earlier songs were released as A sides. “‘Something’ was the first time he ever got an A-side because Paul and I always either wrote both sides anyway.

“Not because we were keeping him out; ’cause, simply, his material wasn’t up to scratch,” he added. “That’s the reality of it. It wasn’t a conspiracy. He just didn’t have the material.”

In the U.S., “Something” reached No. 1 for one week, staying on the chart for 16 weeks in total. The Beatles released “Something” on the album Abbey Road. The album topped the Billboard 200 for 11 of its 467 weeks on the chart.

The Official Charts Company reports “Something” was less popular in the United Kingdom. The track reached No. 4 in the U.K. in 1969. It lasted on the chart for 12 weeks. A 1989 rerelease of the single hit No. 84 on the chart for one week. Meanwhile, Abbey Road hit No. 1 for 17 weeks. The album remained on the chart for …read more

Amy Sherman-Palladino has had a pretty prolific career as a show creator and writer. While she and her cast have spent the last several years cleaning up at awards ceremonies for their work on The Marvelous Mrs. Maisel, not every show the famed showrunner created got as much attention. Even now, Sherman-Palladino’s beloved series, Gilmore Girls, has a […]

The Bottom Line: What is a M4 Comp? The M4 Comp is a high performance car from BMW. BMW, which stands for Bayerische Motoren Werke, and translates to Bavarian Motor Works, is owned by the parent company, BMW Group. BMW also owns luxury auto brands Mini and Rolls Royce, and has its headquarters in Munich, […]