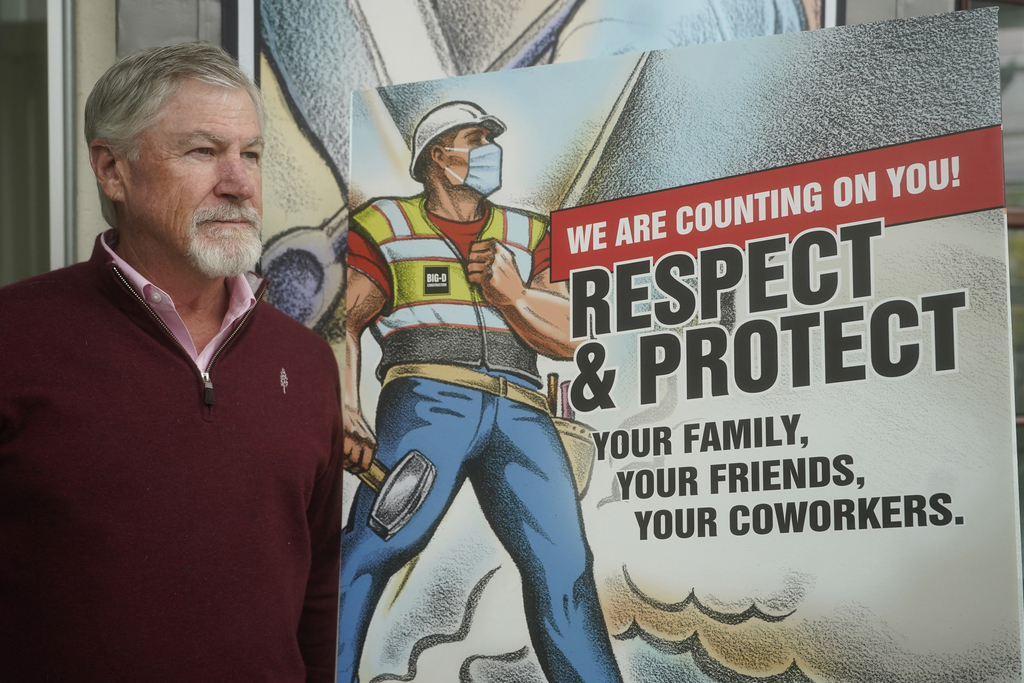 SALT LAKE CITY — With the governor of Texas leading the charge, conservative Republicans in several states are moving to block or undercut President Joe Biden’s COVID-19 vaccine mandates for private employers before the regulations are even issued.

The growing battle over what some see as overreach by the federal government is firing up a segment of the Republican Party base, even though many large employers have already decided on their own to require their workers to get the shot.

The dustup will almost certainly end up in court since GOP attorneys general in nearly half of the states have vowed to sue once the rule is unveiled.

The courts have long upheld vaccine mandates, and the Constitution gives the federal government the upper hand over the states, but with the details still unannounced and more conservative judges on the bench, the outcome isn’t entirely clear.

On Monday, Texas Gov. Greg Abbott issued an executive order barring private companies or any other entity from requiring vaccines. It was perhaps the most direct challenge yet to Biden’s announcement a month ago that workers at private companies with more than 100 employees would have to get either vaccinated or tested weekly for the coronavirus.

“No entity in Texas can compel receipt of a COVID-19 vaccine by any individual … who objects to such vaccination,” Abbott wrote in his order.

White House officials brushed off Abbott’s order, saying the question of whether state law could supersede federal was settled 160 years ago during the Civil War. They said they Biden administration will push through the opposition and put into effect the president’s package of mandates, which could affect up to 100 million Americans in all.

“I think it’s pretty clear when you make a choice that’s against all public health information and data out there, that it’s not based on what is in the interests of the people you are governing. It is perhaps in the interest of your own politics,” she said.

Several large companies in Texas have already implemented their own vaccine mandates, and two Texas-based airlines, Southwest and American, indicated Tuesday they would follow the order of the Biden administration, saying federal action supersedes any state mandate or law.

Elsewhere, lawmakers in Arkansas have approved a measure creating vaccine-mandate exemptions. Though the GOP governor hasn’t said whether he will sign it, it has prompted fears businesses will be forced to choose whether to break federal or state law.

“We are tying the hands of Arkansas businesses that want to make their own decision in how best to keep their people safe,” said Randy Zook, president of the Arkansas Chamber of Commerce. Some of the state’s largest companies, including Walmart and Tyson Foods, have required some or all employees get vaccinated.

Calls for special legislative sessions to counter vaccine mandates have been heard in states like Wyoming, Kansas and …read more

Sponsored Content In late August, regulators in Hawaii set a ben in place on all smokable hemp products and cannabinoid containing gummies and drinks. With the new rules, CBD products can only be in tincture, soft-gel, capsule, powder, tablet or topical form. The ban also targets vape liquids made with hemp-derived cannabinoids. Some critics are […]

Bravo fans have been hoping Summer House’s Paige DeSorbo and Southern Charm’s Craig Conover would get together for years. And now, it seems like their wish is finally coming true! The couple has mostly kept quiet about their relationship, but DeSorbo recently opened up about dating Conover. The fashionista shared why it took so long […]