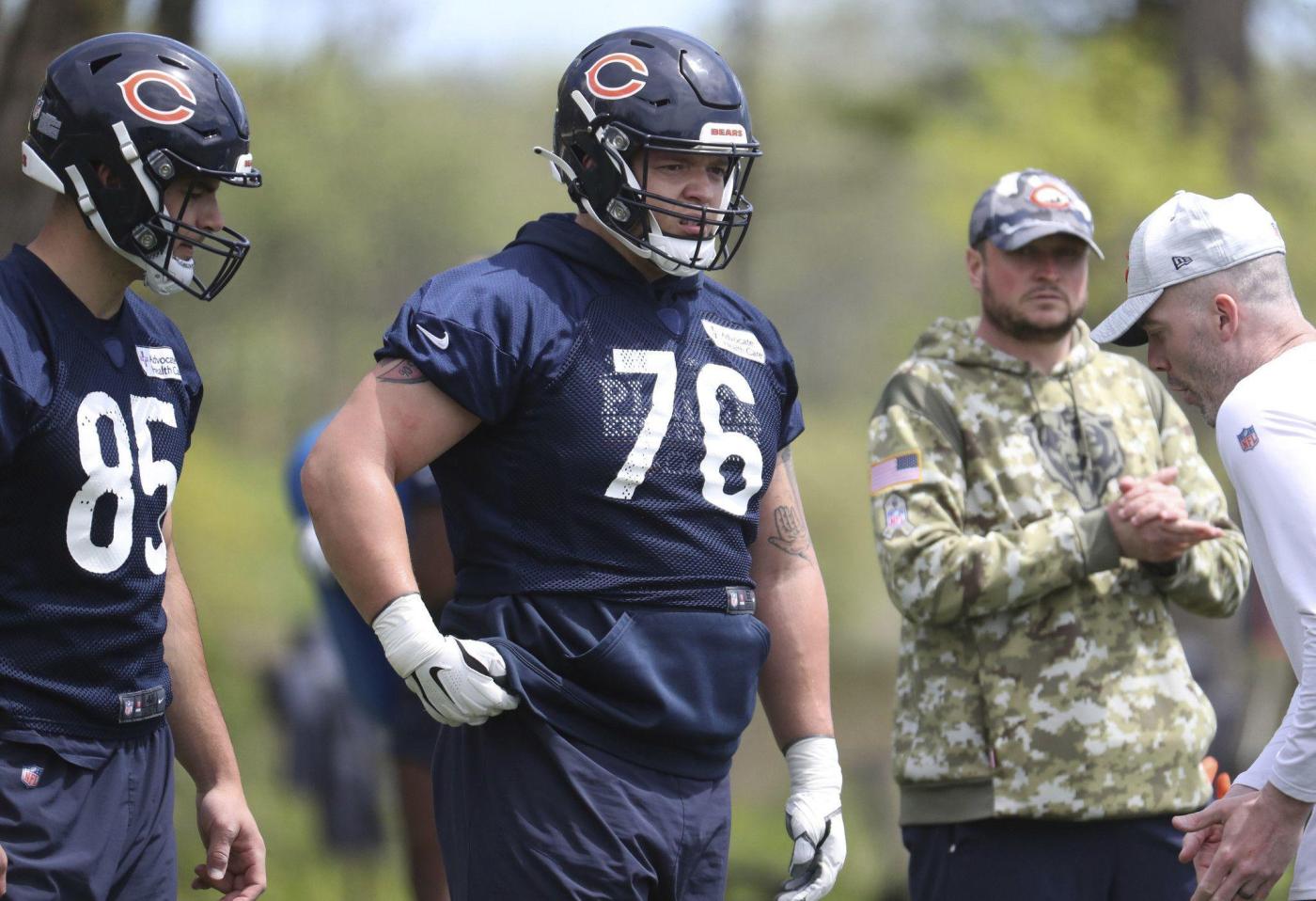 Teven Jenkins and the Chicago Bears still wouldn’t reveal what injury kept the second-year offensive tackle out of seven training camp practices, but Jenkins did say he expects to be back to 100% in a couple of days after returning to the field Saturday morning.

Jenkins practiced in a limited capacity at a closed session at Halas Hall for the first time since July 27, doing some position-group work and standing on the sideline in uniform during team drills. He said he expects to get limited team reps Sunday as he ramps up to full participation.

“I’m not having any discomfort right now, so it’s really good,” Jenkins said. “If I had to give myself a percent, probably around 90%, and it’s just about working my body back into the feeling of football (being) back again.”

Jenkins’ absence was a big topic of conversation around Halas Hall over the last week after NFL Network reported Monday that the Bears were holding trade talks centered around the 2021 second-round pick.

Coach Matt Eberflus has a policy not to discuss day-to-day injuries. Without official word on Jenkins’ issue, speculation surrounded the situation, especially considering Jenkins was never spotted watching practice or working out to the side on exercise bikes as many injured players do.

Jenkins wouldn’t say whether he was injured in the first practice of camp July 27 — the only one in which he had appeared before Saturday — or whether the injury was related to previous back issues. But he said he has been “in the training room trying to get better, just health-wise.” Eberflus said Jenkins also has been attentive in meetings and walk-throughs as he works through his issue.

Jenkins kept most of his answers brief during an eight-minute media session after practice. He said the only person he spoke with about trade speculation was his agent, Joel Segal, but he declined to share details of that conversation.

Asked about whether he could use a fresh start with a new organization after the Bears’ recent staff changes, he said, “I’m a loyal type of guy. The Chicago Bears, they drafted me, so I’m going to stay with the Chicago Bears until whenever it is.”

Jenkins did, however, try to set the record straight on his relationship with Bears coaches after rumors of a disconnect surfaced this week.

On Tuesday, Jenkins replied to a tweet asking how he was by writing, “I’m good don’t believe everything you read.” He said Saturday that reply was in reference to a report he was clashing with coaches, which was “totally not true.”

“I love the coaches,” he said. “We have no animosity towards each other. We talk to each other every day.”

Where Jenkins fits on the offensive line upon his return is a big question.

SANTA CLARA — Free safety Jimmie Ward’s availability for the 49ers’ season opener is suddenly in jeopardy because of a hamstring injury. Ward got hurt in Monday’s hour-long practice that consisted of just 20 full-team snaps, the lightest session of training camp but also one that followed a day off. That stop-and-go nature of camp’s […]

Earthquakes reportedly set to hire new manager away from USMNT

The San Jose Earthquakes have reportedly decided on their next manager, but it’ll be a while before he takes over. Luchi Gonzalez, a former MLS player who made his senior team debut with the Earthquakes, is set to head up the team, according to a report from MLSSoccer.com’s Tom Bogert. The team has scheduled a […]