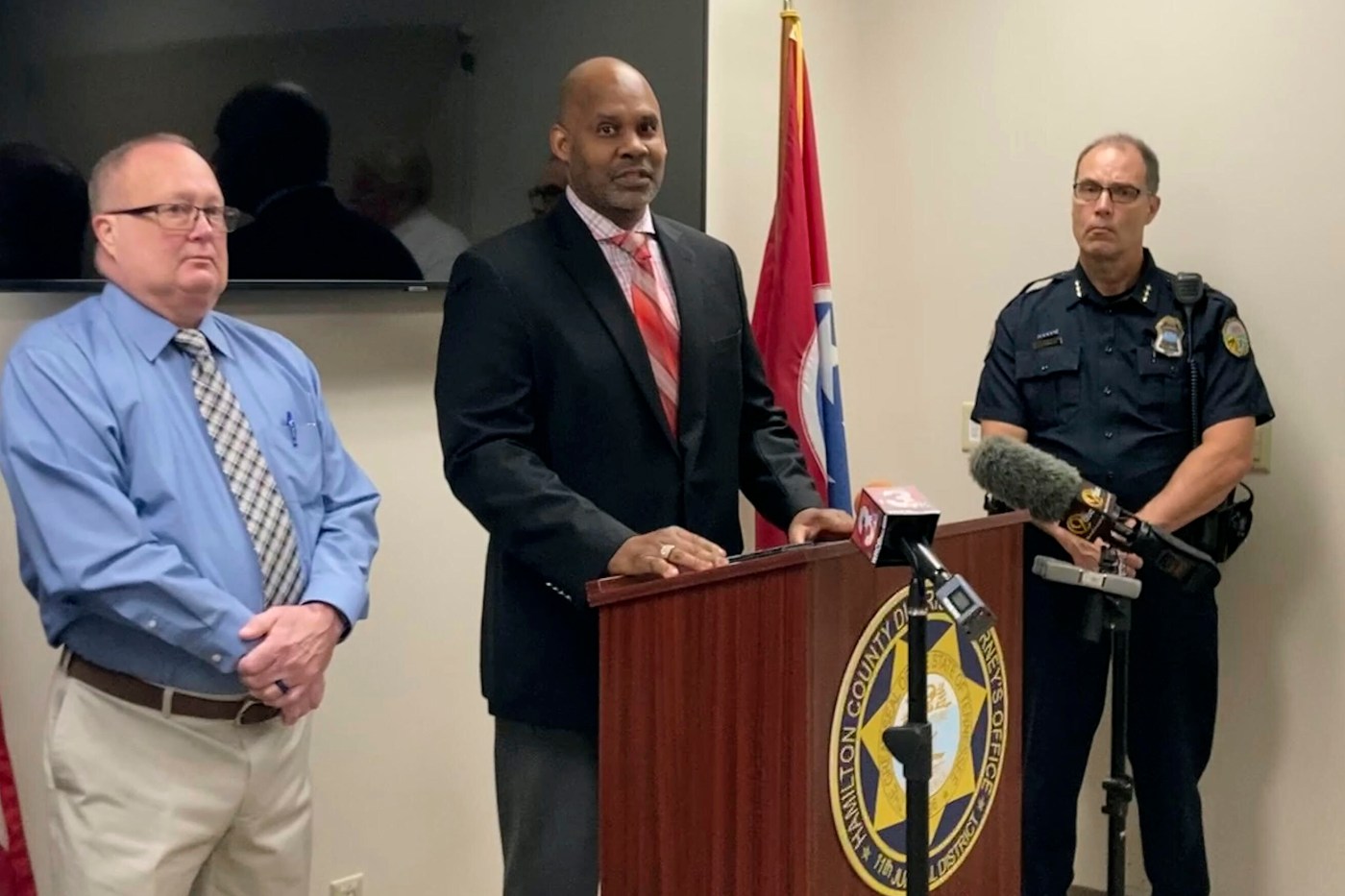 The new details revealed for the first time Wednesday have elements that ring of a movie: a trusted ally of union boss Jimmy Hoffa gunned down after testifying about a corrupt governor selling prison pardons and a gunman who donned a wig and blackface to throw authorities off the scent.

Investigators in Hamilton County, which encompasses Chattanooga, have been chipping away at the 42-year-old cold case of Samuel Pettyjohn since they renewed their investigation in 2015. No new charges will be filed because all of the major players involved are now dead, but authorities say closing the case provides closure to one aspect of a complicated piece of Tennessee history.

Pettyjohn, a Chattanooga businessman and close friend of Hoffa, was fatally shot in 1979 in downtown Chattanooga after testifying before a federal grand jury during the early phases of Tennessee’s notorious “cash-for-clemency” scandal.

“Essentially, Mr. Pettyjohn cooperated with authorities and knew too much about what was going on locally, as well as the state level, and individuals didn’t like that and so individuals hired someone to murder him,” Hamilton County District Attorney Neal Pinkston said. “Here we are some 42 years later.”

The scandal ultimately led to the ousting of Democratic Gov. Ray Blanton, who was never indicted in the investigation — but three of his aides were. However, questions have lingered about the extent to which the governor’s administration actively worked to thwart the investigation. Officials say at least five witnesses in the case were murdered or killed themselves.

Pinkston told reporters that Pettyjohn would meet with inmates to indicate that money would help secure an early release from prison starting in 1976. Pettyjohn was joined by William Thompson, who had been involved in Blanton’s election campaign and would later be convicted in the cash-for-clemency scandal.

According to Pinkston, Pettyjohn and Thompson would drop payments off at the governor’s office in the Capitol.

As federal investigators began examining whether the governor’s office was exchanging cash for parole, Pettyjohn was subpoenaed to testify about the ongoing scheme. Pettyjohn eventually agreed to cooperate with FBI agents, even going as far as providing a list of people who made payments to the governor’s office for the early release of certain prisoners.

Shortly after, Pettyjohn was killed in what authorities describe as an “execution style hit.” Witnesses told authorities that they saw a Black man in a trench coat exiting Pettyjohn’s store. Meanwhile, Pettyjohn was found with his pistol nearby, which had not been fired, and more than $100,000 on him.

According to Pinkston, Ed Alley — a known bank robber who died in 2005 in federal prison — was hired by several sources to kill Pettyjohn. Pinkston said those sources included an undisclosed third party who paid some of the contract money on behalf of the Blanton administration. The …read more

Another sign beside a church in my town: “Don’t shout ‘Amen’ any louder than you can live it.” Or in bridge terms, don’t expect your partner to play perfectly. Don’t hold him to a higher standard than you expect of yourself. In today’s deal, South’s play at seven hearts left something to be desired: namely, […]

At 10:30 a.m. PT, California Governor Gavin Newsom will draw 10 winners, who will receive $1.5 million each as part of the state’s Vax for the Win lottery program. The final drawing marks the state’s official reopening from pandemic restrictions. Since Vax for the Win launched, more than 838,000 Californians initiated their vaccination process. […]

Instead of the usual sea of orange and black, rainbows filled the home of the San Francisco Giants on Friday as Oracle Park hosted the city’s first-ever Pride Movie Night. Hopes for a big Pride celebration parade were again dashed by the pandemic, for the second year in a row, but the Dykes on Bikes […]