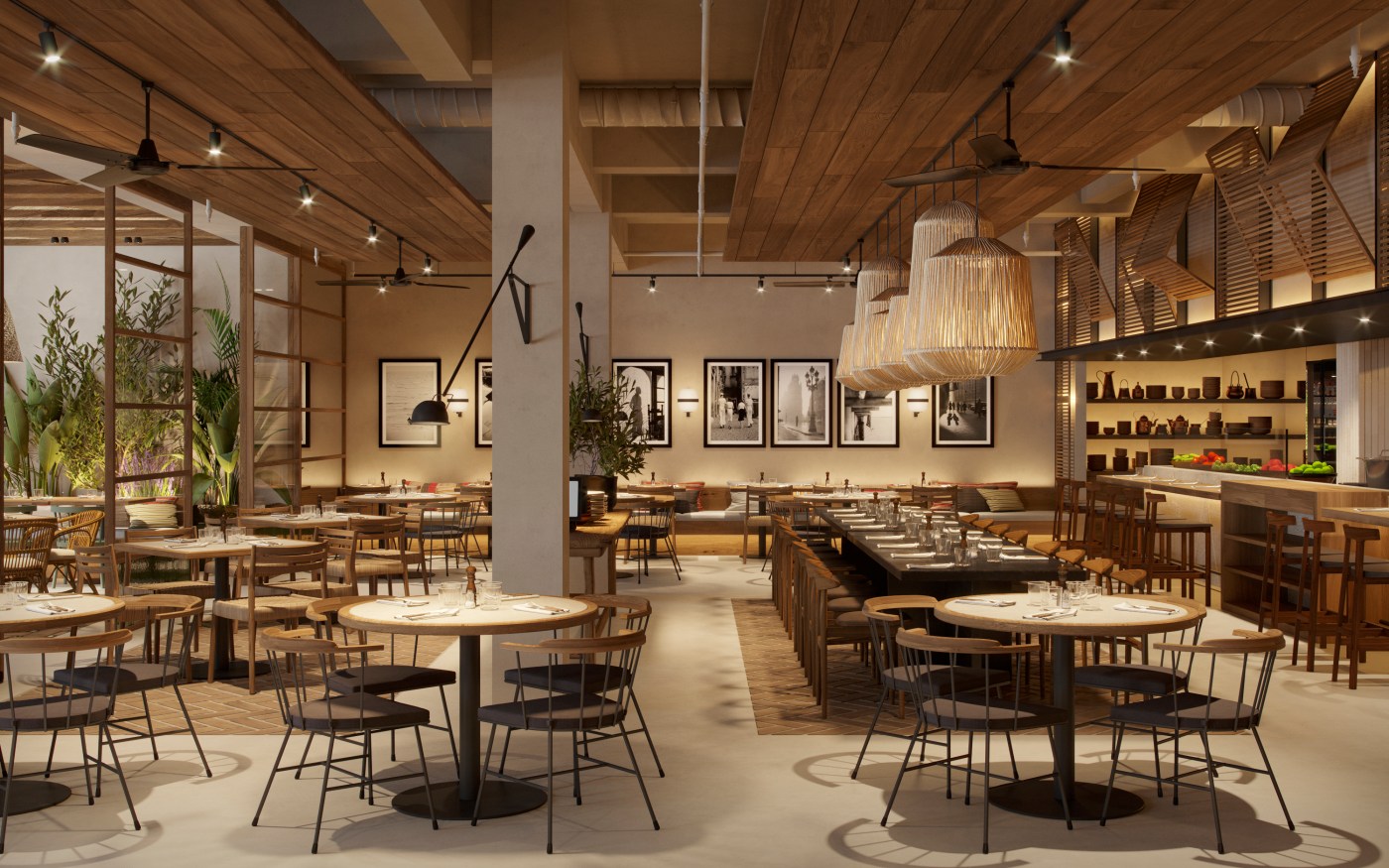 It has been eight years since Spain’s celebrated tapas restaurant, Telefèric Barcelona, opened its first U.S. restaurant in downtown Walnut Creek. Two years ago, the Telefèric team brought its famous paella and sangria to Palo Alto, along with a market selling imported Spanish goods.

Now, co-owners and siblings Xavi and Maria Padrosa have shared with The Mercury News that they are opening a third Telefèric in Los Gatos, inside the Old Town Center on University Avenue.

A strategy of slow and steady expansion — with a deliberate eye on small, upscale cities — has paid off for the Barcelona-based company, which is known for its tapas and authentic gin y tonic cocktails.

“I’ve never liked big cities,” says Xavi, who is director of operations. “I like small cities where the people really value what you’re bringing from another place.”

Padrosa anticipates a September opening for the 5,300-square-foot restaurant and market, which is taking over the spot vacated by The Catamount in 2018. Located between Sephora and Anthropologie, Telefèric Los Gatos will be open for lunch and dinner and feature a large patio with seating for 40, as well as expansive indoor dining, a private dining room and hidden, speakeasy-style wine cellar.

Barcelona’s Trenchs Studio, a top architecture firm, is behind the build-out and interior design, which will include indoor-outdoor elements, Spanish tiles and Spanish oak.

“They’ve done some of the best restaurants in Spain and around the world,” Padrosa says. “For us, it’s very important to give that Spanish authentic feeling in the restaurant.”

The menu will be similar to the Walnut Creek and Palo Alto locations, with brimming carts of patatas bravas, Iberico jamon and empanadas; seven types of paella, from lobster to veggie; and traditional Galician grilled octopus with truffle oil. Related Articles

7 amazing Bay Area things to do this weekend

Cult favorite 7 Leaves gets ready to open in Campbell

A new small plate — toast with cherry jam, caramelized onion and duck that has won accolades at Teleferic locations in Spain — will debut on the Los Gatos menu before being offered in Palo Alto and Walnut Creek.

Teleferic Barcelona will be open from 11 a.m. to 11 p.m. daily at 50 University Avenue in Los Gatos.

For more food and drink coverage
follow us on Flipboard.
…read more

Inside the 49ers: Early 53-man roster projection — which receivers surprisingly make the cut?

The 49ers’ initial 53-man roster out of camp is due Aug. 31. That’s too long to wait. So with minicamp called off last week by coach Kyle Shanahan, that freed up time to create this Mock Roster 1.0 (with a historical look at how many players per position made initial rosters since 2017): QUARTERBACK: 2 […]

Welcome to the final Bay Area News Group (Mercury News & East Bay Times) girls athlete of the week poll of the 2021 spring sports season. Each Monday for the past eight weeks, we have provided a list of candidates who stood out over the previous week and allowed you, the reader, to vote for the winner. […]

Lost Rembrandt discovered after it falls off a wall

(CNN) — A lost Rembrandt has been discovered after it fell off the wall of a home where it had hung for years. A detail of the painting. (Courtesy of Italian Heritage Foundation)  The painting, which had never been displayed in public, was found to be by the Dutch master after it was damaged by […]