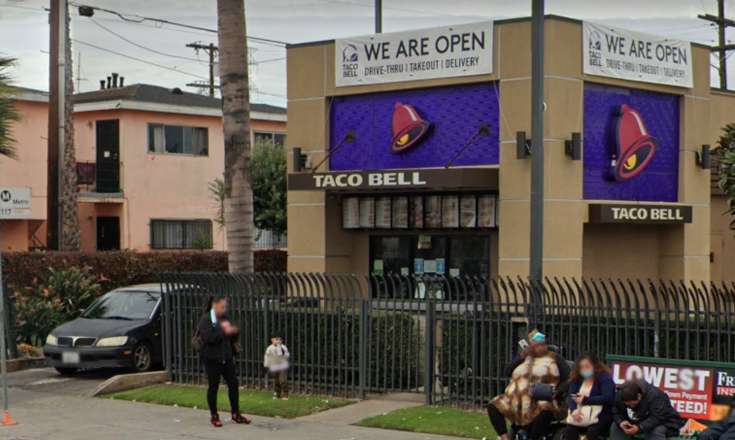 LOS ANGELES (AP) — The fatal shooting of a Taco Bell employee occurred after the man’s teenage son — also working at the restaurant — refused to take a suspicious $20 bill from a drive-through customer, police said.

Alejandro Garcia, 41, was killed shortly before 11 p.m. Saturday at the take-out restaurant near Avalon and Century boulevards in South Los Angeles.

On Tuesday, Los Angeles Police Chief Michel Moore announced that suspect Jonathan Madden, 39, had been arrested at a South Los Angeles home and was jailed on $2 million bail.

The shooting reportedly occurred after two men in a black sedan had given Garcia’s 19-year-old son a $20 that the teen suspected was counterfeit, and he had refused to take it.

When one of the men started shooting, the younger man reportedly attempted to close the drive-through window, but his father was struck multiple times. The older man was pronounced dead at the scene.

Garcia, a married father of three, worked one shift a week at the Taco Bell, his family said. In addition to the drive-through, it has a walk-up window but no customer access to the inside.

A GoFundMe page to raise money for Garcia’s funeral and for his family had collected almost $100,000 in donations.

Suspect in barbershop slaying told detectives he believed victim cheated him out of $100K, was ‘the devil’

David Kanouna told a detective he wanted to kill Sharaz Hussain for a long time because Hussain scammed him out of “$100,000 credit.” Kanouna made good on that desire June 13, 2020. Kanouna was driving a silver Toyota Highlander on Mound Road in Sterling Heights about 9 p.m. when he noticed Hussain’s Cadillac Escalade in […]

It’s citrus season, and there’s no better way to embrace it than with blood oranges. Despite their graphic name, blood oranges are sweet, delectable and unique. They are smaller than standard oranges, with mottled orange and rose-hued rinds. When peeled, their interior reveals segments streaked in brilliant crimson, ruby and port wine colors — hence […]