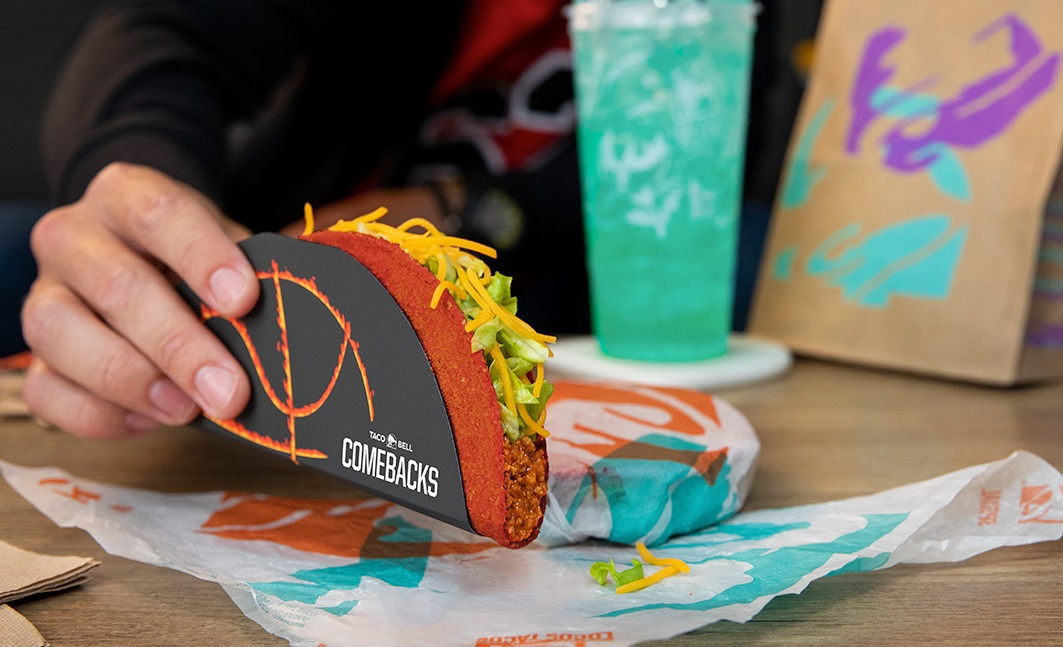 Taco Bell will give away Flamin’ Hot Doritos Locos Tacos on Thursday, July 22, thanks to the Milwaukee Bucks.

The Irvine-based fast food giant is making good on a promotion called called Taco Bell Comebacks, which was tied into the NBA Finals.

If either team in the finals came back from being behind at halftime to win a game, that victory would trigger the taco giveaway.

The Bucks trailed the Phoenix Suns by five points at halftime in Game 6, but came back 105-98 to win the game and the title.

Taco Bell’s offer is for one free taco per person while supplies last at participating locations in the United States.

Flamin’ Hot Doritos Locos Tacos were briefly on the menu in 2020 and brought back for a limited time for this promotion.

People who have the Taco Bell app can get early access to the tacos today, July 21.

Halsey is ready to hit the big screen. The pop star will release “If I Can’t Have Love, I Want Power” — described as “an hour-long film experience set to the music of her upcoming album of the same name” — to IMAX theaters in August. Tickets go on sale Aug. 3, lovenandpower.com. Halsey also […]

Wildlife officers were able to locate a bear that had been roaming Boulder County for at least a week with a chicken feeder stuck on its head and free the animal. Drew McConaughy was having lunch outside Tuesday at his home on Fourmile Canyon Road when he and his neighbors heard a crashing sound. When […]

An Orange County Superior Court judge on Wednesday dismissed some of the criminal charges against a Newport Beach doctor and his girlfriend who were accused of drugging and raping seven women, after prosecutors indicated that two of the alleged victims no longer want to be involved in the high-profile case. Judge Steve Bromberg approved a […]