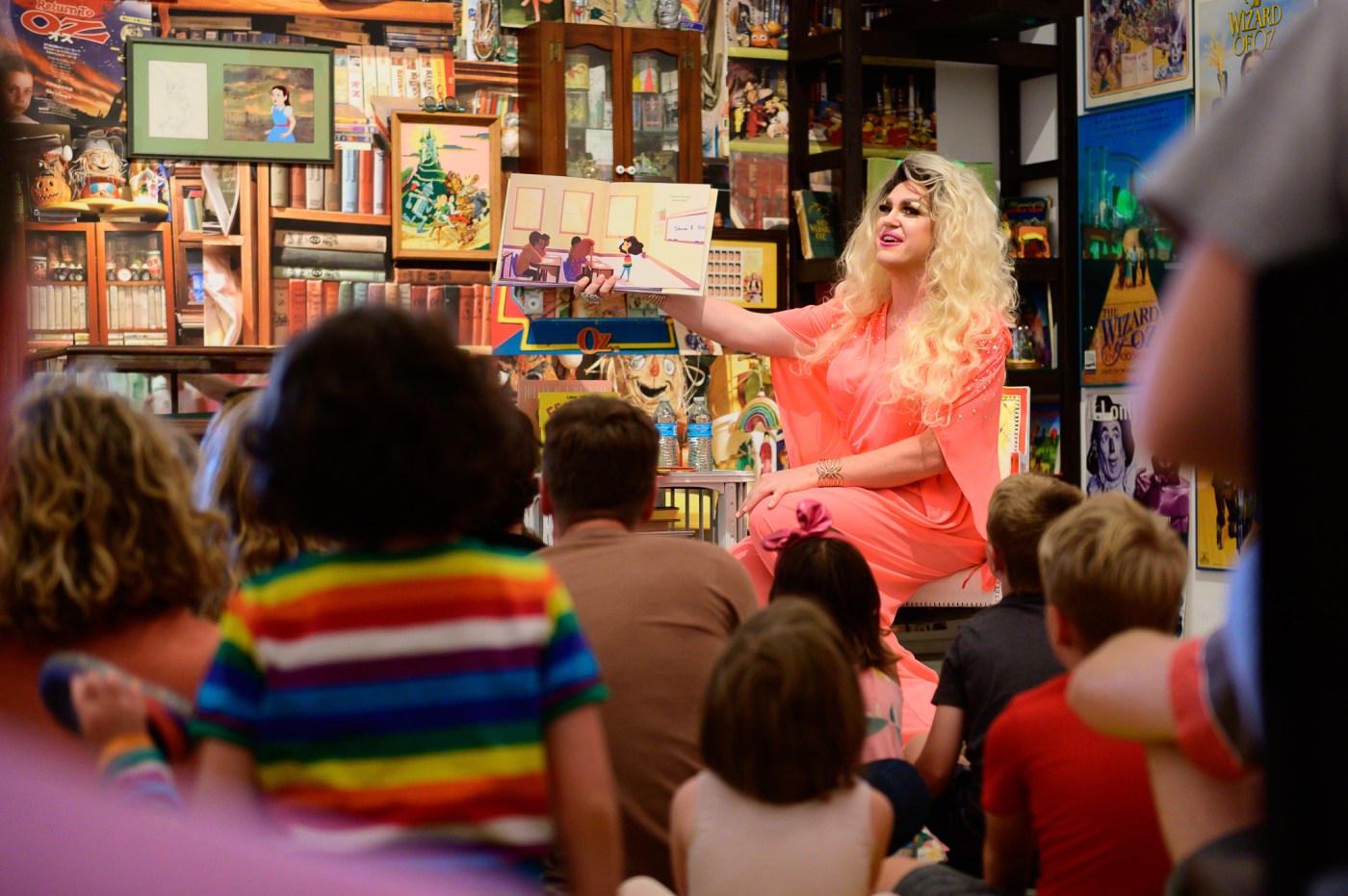 “To the Proud Boys, what I tell you today is: You have nothing to be proud of for what you did” to children on Saturday, Swalwell said at a news conference. “And it would be a compliment to call you boys … becuase you acted like babies.”

The comments came after Swalwell met with several members of the local LGBTQ community and local law enforcement officers at the library.

On Saturday, at least five apparent members of the Proud Boys — a far right-wing extremist group — disrupted a Drag Queen Hour Hour event by threatening the event’s organizer with homophobic and transphobic slurs and briefly forcing the performer to flee for safety, according to the Alameda County Sheriff’s Office.

On Thursday, sheriff’s Lt. Ray Kelly said that investigators had identified the men who disrupted the event — all of whom live in the Bay Area, but not in Alameda County, he added.

No arrests have been made, Kelly said, because investigators were still trying to determine whether what happened Saturday falls under the definition of a hate crime, or whether it’s protected free speech.

“These cases, as simple as it sounds, when you get down to some of these constitutional issues, you have to figure out where does the free speech stop and where does the criminal behavior begin,” Kelly said.

He added that the sheriff’s department was working with the Alameda County District Attorney’s Office, which will make the final determination on whether to file charges in the case.

Check back for updates to this developing story.

After dismal start, Aaron Hicks starting to heat up at the plate for the Yankees

ST. PETERSBURG — Aaron Hicks sat at home last year just watching baseball. After undergoing wrist surgery, Hicks was shut down in May and all he could do was watch his teammates play. He didn’t like it. “I had basically a year off, not playing baseball,” Hicks said. “I was at home watching baseball. When […]

Ask Amy: I was shocked to see her photo of the gravesite

Dear Amy: My beloved husband left this physical earth 20 months ago. Amy Dickinson  I did not have a gravestone unveiling. Our plaque has his date of birth and date of death. Recently, a close family friend went to visit our gravesite and place flowers there. She then posted a photo of this to Facebook […]

The Boys Season 3 has already passed its halfway point, and the Prime Video series is finally approaching its adaptation of Herogasm. The comic storyline promises to get explicit, even by The Boys’ standards. Many fans are eager to see how wild things get, but one person won’t be watching. Homelander actor Antony Starr discussed […]