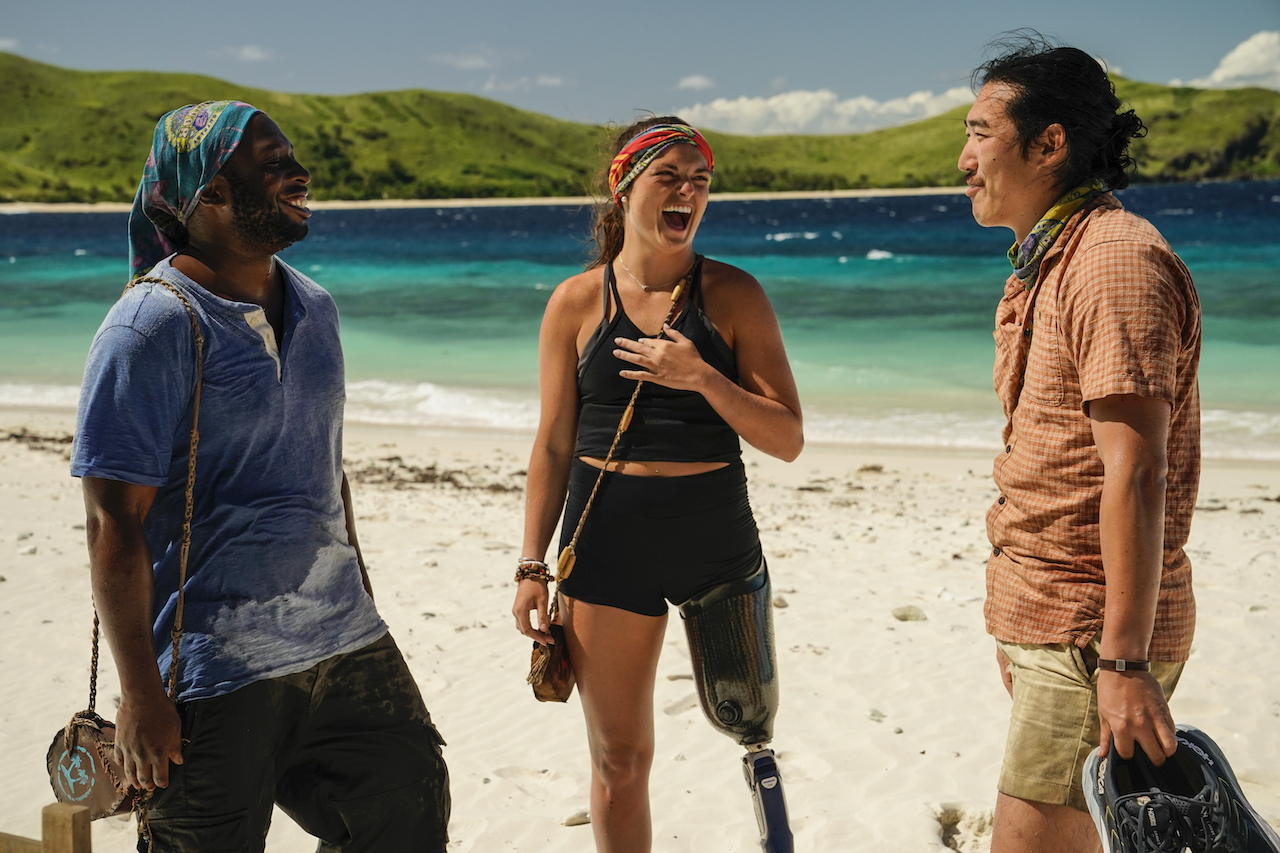 Castaways have managed some amazing wins on Survivor. But season 43 will stand out with Noelle Lambert’s reward win. Here is how fans reacted in their homes watching the episode.

RELATED: ‘Survivor’ Fans Speculate Which Castaways Could Return in an All-Stars Season

“Get That Money, Baby” showed the final eight players competing for a reward. Jeff Probst revealed the winner would go to a sanctuary where they’ll eat pizza, dessert, and alcohol. They’ll spend the night there with pillows and blankets.

Karla Cruz, Sami Layadi, Jesse Lopez, Cody Assenmacher, Cassidy Clark, Mark Gabler, Owen Knight, and Noelle competed against each other. Noelle was at pace with those in the lead. But she fell behind at the balance beam. She kept falling and started to doubt herself when hopping on one leg wasn’t working.

“I have no f***ing idea how I’m gonna do this,” the athlete said as she reset. Everyone else made it to the last portion of the challenge as she continued to struggle.

She started crying as she kept trying. Noelle finally got her sandbag but still had to cross the beam. She finally finished by hopping on one leg. After her second try, she managed to throw her sandbag, and it landed on her post.

She immediately collapsed on the ground and started crying as everyone congratulated her. “I have seen a lot of things in 43 seasons,” Probst said. “That is up there at the top.”

Get excited!?? An all-new #Survivor starts NOW on @CBS! pic.twitter.com/NcezDPmI30

RELATED: ‘Survivor 43’: James Gives His Fix for the Knowledge Is Power Problem, ‘It’s Not Meant to Be Fair’

The episode took fans on a rollercoaster. Reddit fans talked about Noelle’s shining moment and revealed their reactions.

“This was such a fantastic comeback, up there with Kass, Cydney, and Chrissy,” someone claimed.

“I cried!” another person revealed.

“One of the only times I legit applauded watching Survivor. That woman is an absolute bad a**. She definitely inspired a lot of people in a similar position as her, especially tonight,” a fan praised.

“I shed a few tears for her because I can only imagine how awesome that feeling was for her,” someone else replied.

“She said she won by luck, she was lucky she got it on her second throw, but she absolutely didn’t get immunity by luck, she got it by hard work and grit,” one person noted.

Will ‘Criminal Minds: Evolution’ Be on CBS?

A 63-year-old employee at Mt. San Antonio College in Walnut died after a driver hit the pedestrian on campus Thursday morning, Dec. 1. The preliminary investigation showed it was an intentional act, sheriff’s Lt. Patricia Thomas said. The driver, who had not been arrested, was injured and admitted to a local hospital, she said. Thomas […]

Portrait of the canine actor Rin Tin Tin, a German Shepherd, sitting outdoors in a personalized canvas chair, Hollywood, California. (Photo by Hulton Archive/Getty Images) Before becoming a bonafide movie star, Rin Tin Tin was a puppy affected by the First World War (per Hollywood has long had an infatuation with dogs. Many movies that […]