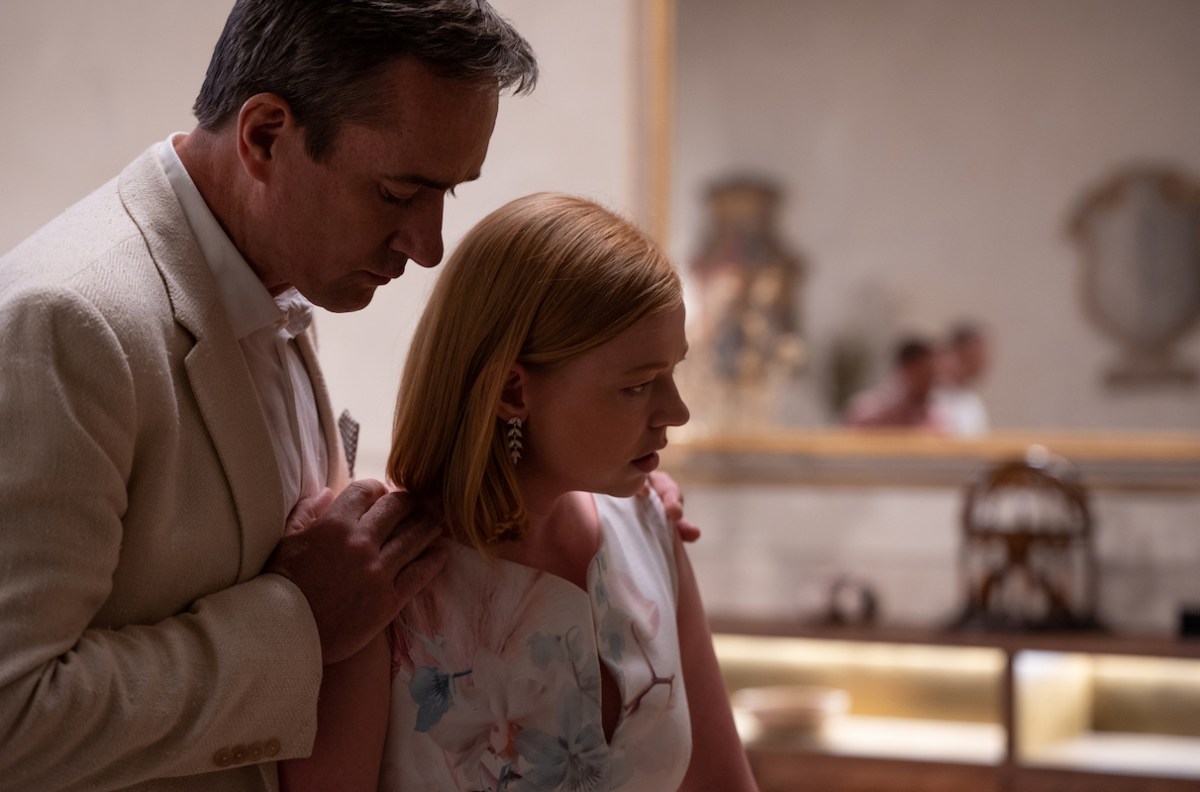 Snook was a guest on Entertainment Weekly’s The Awardist podcast on Aug. 2 discussing her Emmy nominated work on Succession Season 3. The season finale, which involved the entire Roy family, made her gasp. Succession

Succession Season 3 was full of some of the show’s most shocking twists and turns yet. They were so shocking that Shiv actor Sarah Snook gasped, and she was in the scene that made her gasp. In a recent interview, Snook explained why the season finale surprised even her.

[Warning: This article contains spoilers for the Succession Season 3 finale.]

Snook was a guest on Entertainment Weekly’s The Awardist podcast on Aug. 2 discussing her Emmy nominated work on Succession Season 3. The season finale, which involved the entire Roy family, made her gasp. Succession Season 4 is in production now.

The ‘Succession’ Season 3 finale moment that made Sarah Snook gasp

Succession Season 3 concludes with Shiv, Roman (Kieran Culkin) and Kendall (Jeremy Strong) teaming up to try to stop Logan (Brian Cox) from selling Waystar Royco to GoJo. They do not succeed.

“This is maybe not a great answer, but it’s I guess surprising for myself because I obviously know Succession,” Snook said on The Awardist. “I was there when we were shooting it. I didn’t know how they were going to edit the end of episode 9. When we cut to black, when [director] Mark [Mylod] cuts to black on Shiv, even though I know what she’s thinking, I should be the most intimately knowledgeable about this moment, the way he edited it and when they cut to black and then the music, that I really genuinely gasped of oh what’s going to happen.”

The details of the finale

There was a bit more to Logan’s betrayal of his children. He got a heads up on their plan from Shiv’s husband, Tom (Matthew Macfadyen). The siblings were counting on their shares of Waystar Royco stock outvoting Logan. But, they found out in a conference call with their mother that she’d agreed to revise her divorce settlement with Logan, cutting out the kids.

Somebody get her a medal. Congratulations to Sarah Snook of @Succession on her #Emmys2022 nomination for Outstanding Supporting Actress in a Drama Series. pic.twitter.com/Wxn19cOhrx

The siblings were blindsided by this. Shiv had to cope with betrayal by her parents and husband. And yet, it still surprised her.

There were plenty of other gasp-worthy moments in season 3, like Roman’s d*** pic and Kendall’s spiral. Snook gets to read all the scripts and film the scenes in Succession. By all accounts, by the time it airs, she knows what happens. Beyond that, she’s done the show for three years. Hasn’t she gotten used to the show’s drama? Fortunately, not. Creator Jesse Armstrong and director Mylod still surprise her.

“In terms of a gasp moment, I …read more

‘Thunderbolts’ Prediction: Which Reformed Villains Are Most Likely to Appear in the Marvel Film?

Florence Pugh | Photo by Gareth Cattermole/Getty Images for Walt Disney Studios Motion Pictures UK Marvel announces ‘Thunderbolts’ is in the works Marvel Studios president Kevin Feige announced at SDCC 2022 that Thunderbolts would be a part of Marvel Studios had many surprises at San Diego Comic-Con 2022, where they laid out their plans for […]

Meri Brown in ‘Sister Wives’ | TLC via YouTube Some  Sister Wives fans might be preparing to watch the final moments of the Brown family’s polygamist lifestyle. Season 17 of the series premieres on September 11, and things don’t appear to be going well between Kody and three of his four partners, based on the trailer […]

Driver kills 1 and injures 17 at Pennsylvania benefit, then kills another, police say

In a pair of horrific scenes Saturday night that compounded the tragedy of a recent fatal fire in eastern Pennsylvania, a man plowed his car into a fundraising event for families affected by that fire, killing one and injuring 17, then drove off and fatally beat a woman before police arrested him, authorities said. The […]