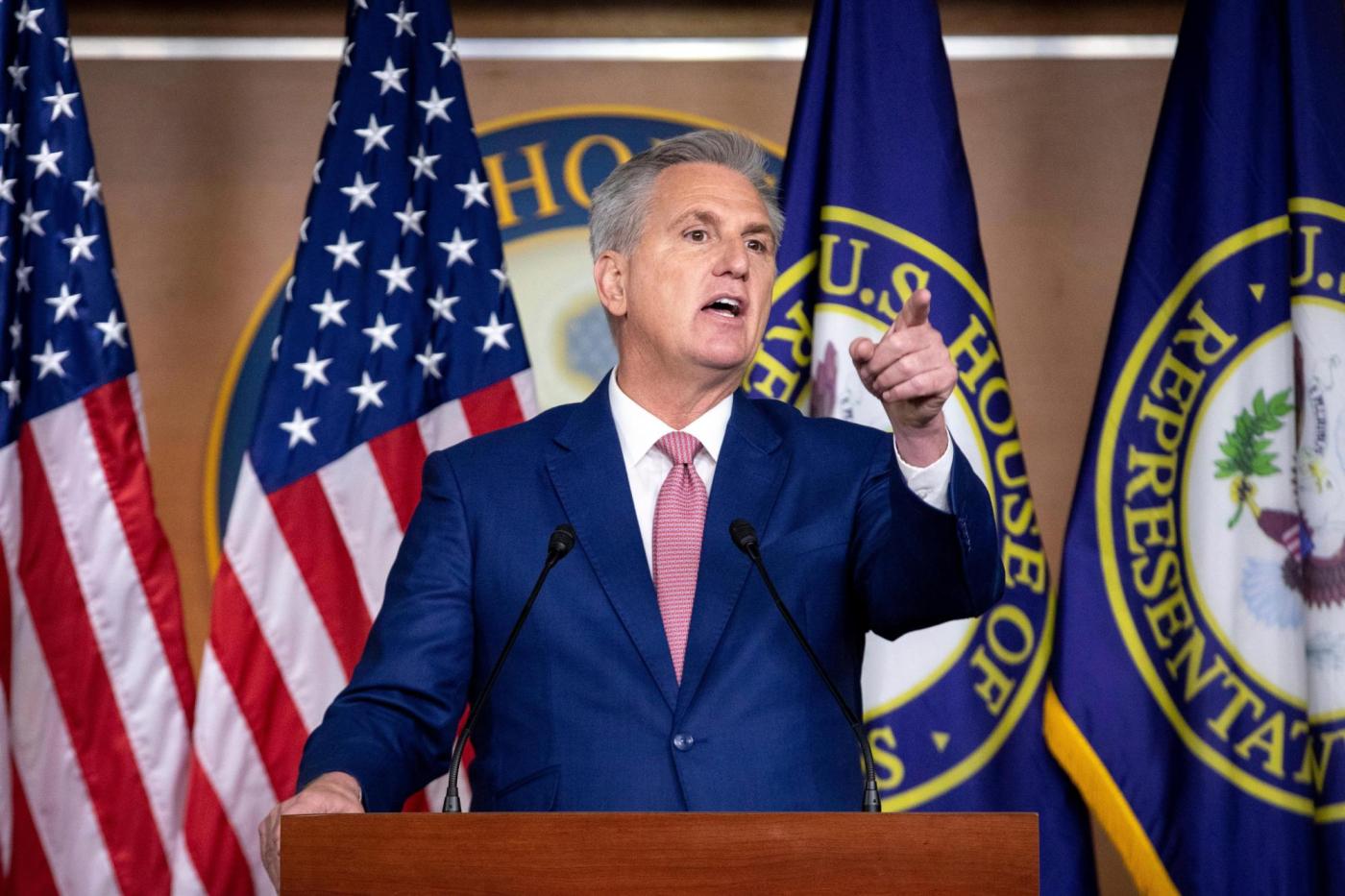 WASHINGTON (AP) — Republican leader Kevin McCarthy’s refusal to provide information to a bipartisan House committee about his call with then-President Donald Trump during the Capitol riot is deepening a standoff between the committee and GOP lawmakers, forcing investigators to consider whether they could subpoena one of their own.

McCarthy joined two other Trump allies, Reps. Jim Jordan of Ohio and Scott Perry of Pennsylvania, in rejecting the panel’s requests for interviews and documents. McCarthy, R-Calif., decried the committee as an “abuse of power” and said he had little to offer.

There is “nothing that I can provide” to the committee, he said, as it investigates what Trump was doing inside the White House, and his state of mind, as hundreds of his supporters violently pushed past law enforcement in an insurrection that temporarily halted the congressional certification of Democrat Joe Biden’s White House win.

The stand by the three GOP lawmakers has left the committee of seven Democrats and two Republicans with a stark choice: take the extraordinary step of subpoenaing their own colleagues or allow the requests, and the defiance of their work, to go unanswered.

The committee’s leaders, Chairman Bennie Thompson, D-Miss., and Vice Chairwoman Liz Cheney, R-Wyo., have said they are prepared to subpoena any witness crucial to the investigation. But privately, committee members are wrestling over the potential legal and political complications of such a move. While congressional ethics committees have the authority to subpoena lawmakers, there is little modern precedent for another committee doing so.

In a December interview with The Associated Press, Thompson said there is uncertainty over whether such a subpoena could be enforced because of the speech and debate clause of the Constitution, which says members of Congress “shall not be questioned in any other place” for their words in either House.

“I doubt it, because of the speech and debate clause,” Thompson said. “There is no precedent to force that compliance.”

McCarthy has acknowledged the call with Trump on Jan. 6, 2021, which happened as Trump’s supporters were beating police outside the Capitol and forcing their way into the building. But McCarthy has not shared many details. The committee requested information about his conversations with Trump “before, during and after” the riot.

McCarthy took to the House floor after the rioters were cleared and said in a forceful speech that Trump “bears responsibility” for the attack and that it was the “saddest day I have ever had” in Congress — even as he went on to join 138 other House Republicans in voting to reject the election results. McCarthy soon made up with Trump, though, visiting him in Florida and rallying House Republicans to vote against investigations of the attack.

At Trump’s second impeachment trial, just after the insurrection, Democrats said they would try and call Rep. Jaime Herrera Beutler, R-Wash., as a witness. She had described McCarthy’s call with Trump …read more

NFL playoff field is set: Tennessee Titans secure the No. 1 seed in the AFC, while the Las Vegas Raiders, Pittsburgh Steelers and San Francisco 49ers play their way in on the season’s final day

The AFC playoffs will be running through Music City, and the Tennessee Titans should have Derrick Henry back for their first game this postseason. The Tennessee Titans, who used an NFL-high 91 players — the most ever in a non-strike season — clinched their first No. 1 seed since 2008 and their third overall. They […]

Nicholas Kristof, who quit his job as a New York Times columnist to run for governor of Oregon, has been officially told he does not meet the state’s residency requirements. 2011 photo: Nicholas D. Kristof(Photo by Katherine Frey/The Washington Post via Getty Images)  A letter released Thursday by Oregon’s secretary of state, Shemia Fagan, details […]