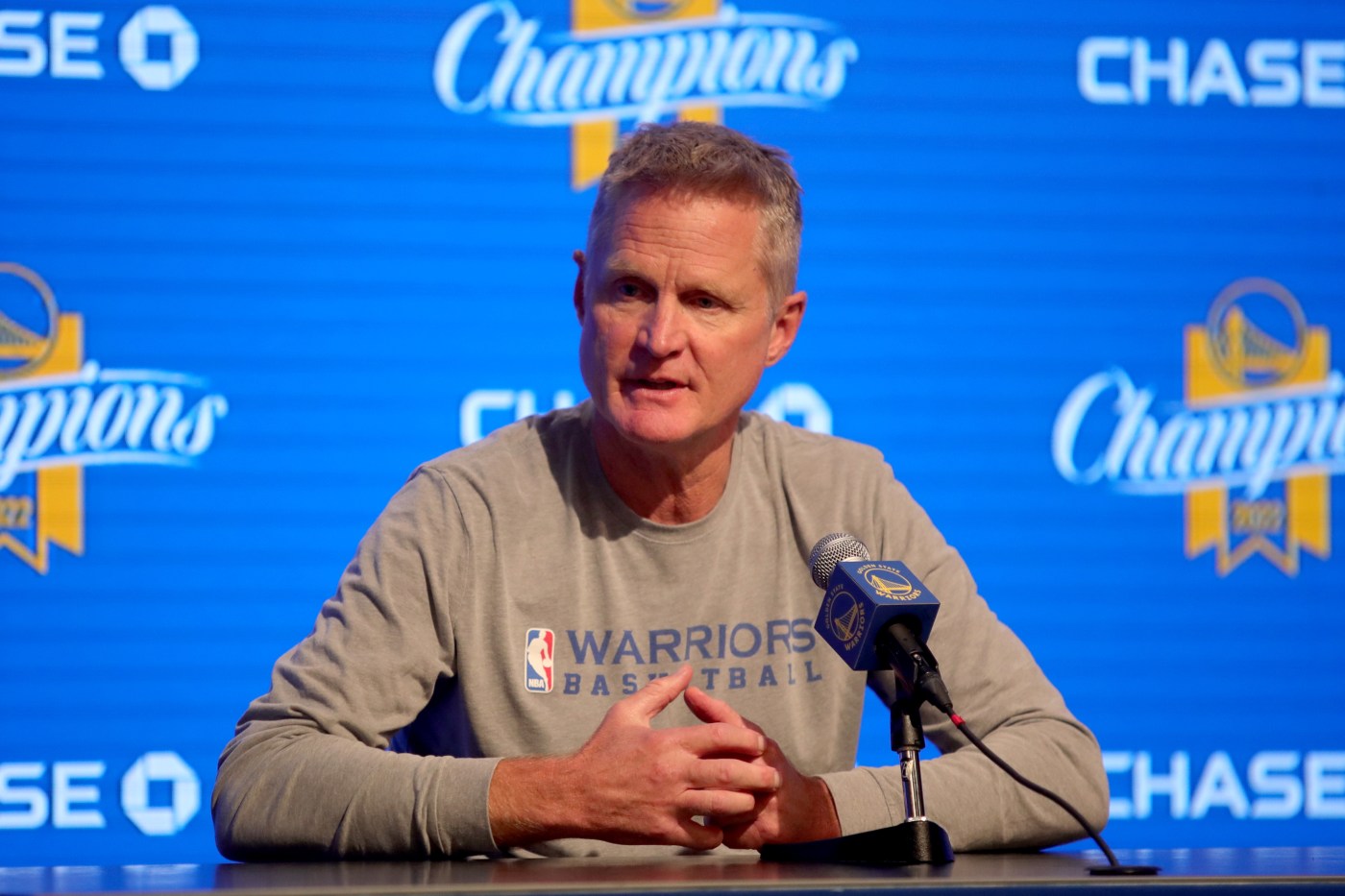 Kerr, a longtime advocate for gun legislature reform, said the shooting that took place Monday afternoon in Half Moon Bay was “just devastating news yet again.” He offered condolences to the families of the victims, who had yet to be publicly identified as of Tuesday afternoon.

“Everybody with the Warriors organization is thinking about victims and family members today,” Kerr said. “And we’re just devastated and just want you to know we’re thinking of you.”

Chunli Zhao, 66, has been arrested in connection with the two shootings near the heart of the small coastal town, about an hour south of San Francisco. It’s been reported that the suspected gunman used a legally purchased semi-automatic handgun to carry out the attacks, which appear to be cases of workplace violence.

“It just feels like we’re just doing the same thing over and over again,” Kerr said. “But that’s why it’s so important for everybody to join the fight and whatever that means. Maybe it’s contributing to one of the many gun violence prevention groups out there… maybe it’s having conversations with family members, with your neighbors.”

Kerr has long been outspoken against gun violence after his father was fatally shot in a terrorist attack in Beirut in 1984.

Kerr stressed the need for common sense gun laws, including background checks, safety training and registration. He also said there’s “no reason” for semi-automatic weapons to be in the hands of civilians.

“There’s a reason we …read more

San Mateo County prosecutors filed charges Monday against the Pasadena man that was driving a Tesla carrying his wife and children when it crashed off a cliff near Devil’s Slide, alleging that the crash was an attempt to kill his family. Dharmesh A. Patel, 41, faces three counts of attempted murder with enhancements for great […]

It’s something that San Jose Sharks forward Kevin Labanc hasn’t experienced all that often before, if ever. Certainly, he’s never gone through it in his six-plus seasons in professional hockey. No, spending four straight games as a healthy scratch was rather unprecedented for Labanc, the offensively gifted winger who has sometimes left Sharks coaches past […]

George Harrison Hated The Beatles’ ‘Revolution’ Being in a Nike Commercial