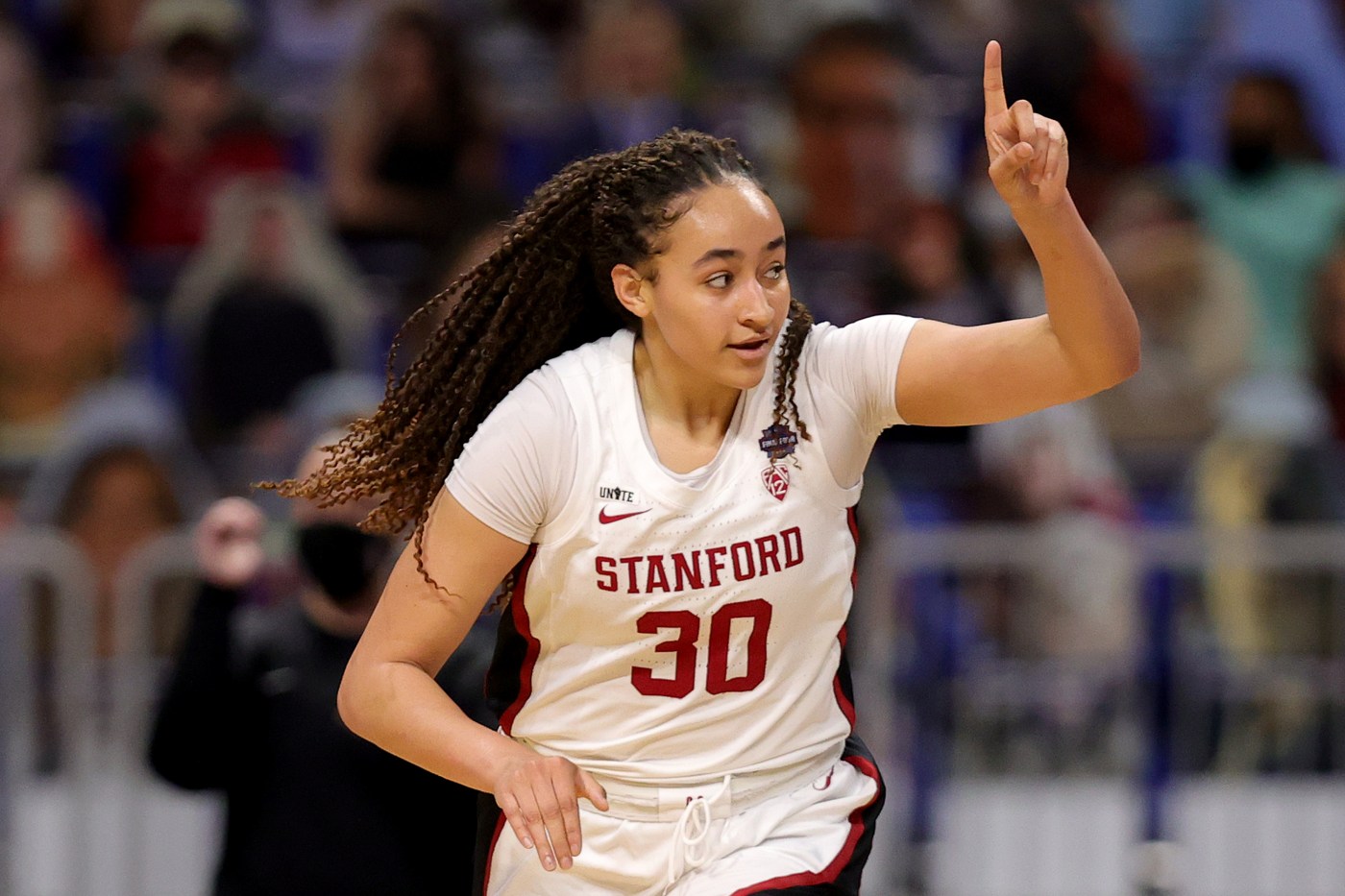 SAN FRANCISCO – Winning the national championship during a pandemic may have been the crowning achievement for Stanford coach Tara VanDerveer, the all-time winningest coach in women’s college basketball. But she wasn’t in the mood to reminisce Tuesday at the Pac-12’s Women’s Basketball Media Day.

“We’re not driving down the road looking in the rearview mirror,” VanDerveer said. “That would be a crash. We are looking forward.”

In VanDerveer’s case, it helps that the road ahead looks smooth. Stanford is returning 12 of its 13 players from last year and adding the nation’s sixth-ranked recruiting class.

“Having gone through that experience, we’re really hungry to feel those emotions again that we felt following that championship game win,” Hull said.

Stanford is attempting to become only the fourth school to win back-to-back titles since the NCAA Tournament began in 1982, and the first since Connecticut won four in a row from 2013-16. Tennessee (2007-08) is the last school other than Connecticut to repeat as champions.

Hull is one of two returning all-conference players for the Cardinal along with Haley Jones, the 2021 NCAA Tournament Most Outstanding Player.

“I think it’s definitely a different kind of vibe coming into this season,” Jones said entering her junior season. “We have a target but I think we welcome it. It’s where we want to be. I don’t think we feel that much pressure but there’s definitely some expectations so it just fuels our motivation to reach all of those and surpass them.”

But Stanford isn’t the only team heavy on returning production. For starters, Connecticut and South Carolina also return their entire starting lineups and add five-star recruits to the mix.

And VanDerveer knows how thin the margin is between winning a title and falling short. The Cardinal was the first NCAA champion to win both its semifinal and final by one point, which VanDerveer joked may have been karma for so many of her teams who fell short since Stanford’s previous titles, in 1990 and 1992.

“We’ve probably had 10 teams that could have won,” VanDerveer said. “And this team did win, because they really stuck together, we made plays down the stretch that we needed to make, but it wasn’t a given. It was really good that we had these masks on because you wouldn’t want to know what I was saying.”

The one player who didn’t return was point guard Kiana Williams, the program record holder in 3-pointers who led the team in points and assists last season and took on a lot of the leadership responsibilities.

Thanks to Eric Reveno, NCAA is having a Ted Lasso moment

Stanford football: The stretch that will make or break the season

Where Was ‘Dear Evan Hansen’ Filmed?

‘Jersey Shore’: 5 Rules the Cast Had to Follow and 1 Rule They Broke

Jenni ‘JWoww’ Farley, Deena Cortese, and Nicole ‘Snooki’ Polizzi | Getty Working at the Shore Store was mandatory  During the first season of Jersey Shore, the roommates had to work at Jersey Shore might seem like all fun and games, but production had some hard and fast rules the cast had to follow behind the scenes. […]

What Is Ron Howard’s Net Worth?

Acclaimed director, producer, and actor Ron Howard has had a storied Hollywood career. He’s worked with many of the industry’s greats from Andy Griffith to Henry Fonda to Bette Davis and now has become one of the greats himself. Here’s more on the legendary actor and filmmaker’s career, as well as his net worth. Director, […]