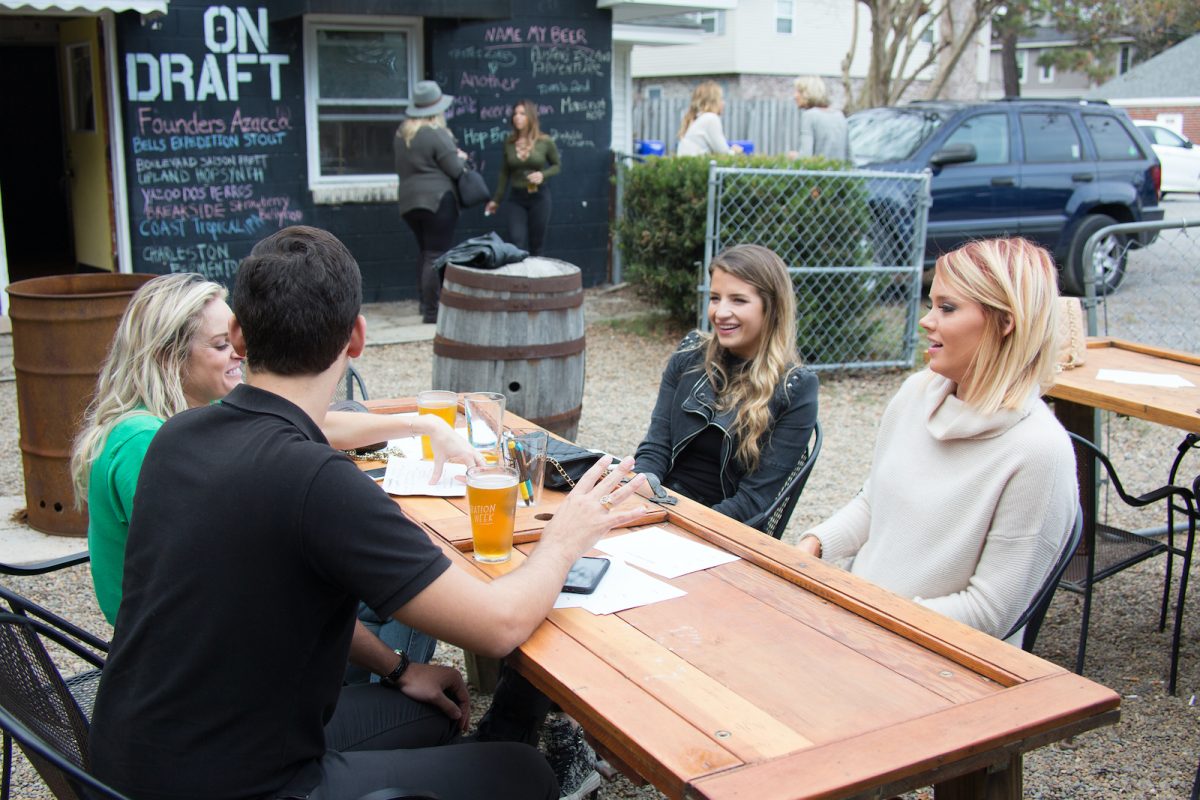 If you come for Naomie Olindo’s friends, she will come for you. Olindo returns to Southern Charm for season 8 and the friendship she had with Kathryn Dennis is now in the past … way in the past.

Last season Dennis shared a rumor that Cameran Eubanks’s husband cheated on her. Dennis was seen telling Craig Conover the gossip early last season and he quickly tried to squash it. And while Conover may have moved on, Olindo wasn’t going to forgive and forget. And it’s clear from the first episode she and Dennis have hit a wall.

Olindo told Showbiz Cheat Sheet that viewers will see her confront Dennis over the rumor. “I think that it’s important to stick up for your friends when you know what the truth is and they’re not there to defend themselves,” she said. “So it was important to me because I love Cameran and I love her family and I knew what Kathryn had tried to do. I took it really seriously.”

Dennis shared the gossip on camera during the first season after Eubanks left the show. “I want to clear this up,” Dennis told People. “She made the decision not to return to the show before anything happened with rumors and anything like that.”

She added, “I did not make up this rumor. I didn’t sit at home and twiddle my thumbs and come up with a rumor.”

Olindo was also a good friend to Dennis in the past. Along with Danni Baird, Olindo was the one who worried about Dennis when she wasn’t returning anyone’s calls. Olindo even drove to her apartment to make sure Dennis was OK. And while the drama of being Dennis’s friend was exhausting, Olindo said her falling out with Dennis was because of the rumor she tried to spread about Eubanks.

During Dennis’s 30th birthday party in the season opener, both sides think the other isn’t being genuine. Dennis thought Olindo should have immediately said she was sorry at the party. But Olindo thought Dennis seemed icy when she arrived. “It’s very clear I’m getting the f*** you look,” Olindo said in a confessional.

From super single to boo-ed up big time, #SouthernCharm season 8 is full of changes! Don’t miss the premiere this Thursday! pic.twitter.com/0Fruj4X88V

Maybe in an effort to stick it to Olindo, Dennis tells Shep Rose that Olindo hooked up with ex-boyfriend Craig Conover – who arrived at the party with new girlfriend Paige DeSorbo. The party ends with Dennis and Olindo having a confrontation. “What you did Kathryn, you tried to ruin a good person’s family,” Olindo tells Dennis.

The remark leads Dennis to blow up at Olindo telling her, “You f***ing petty little b****.”

4 Times ‘Gilmore Girls’ Was Unexpectedly Mentioned in Other Shows

Turk and Dr. Cox | Matthew Simmons/Getty Images While speaking to Dr. Cox, Turk claims to watch ESPN while Carla is at work. That’s not the case, though. A cutaway shows Turk tuning in to Gilmore Girls. A second cutaway reveals that J.D. also enjoys the show when Turk calls him for a chat and immediately […]