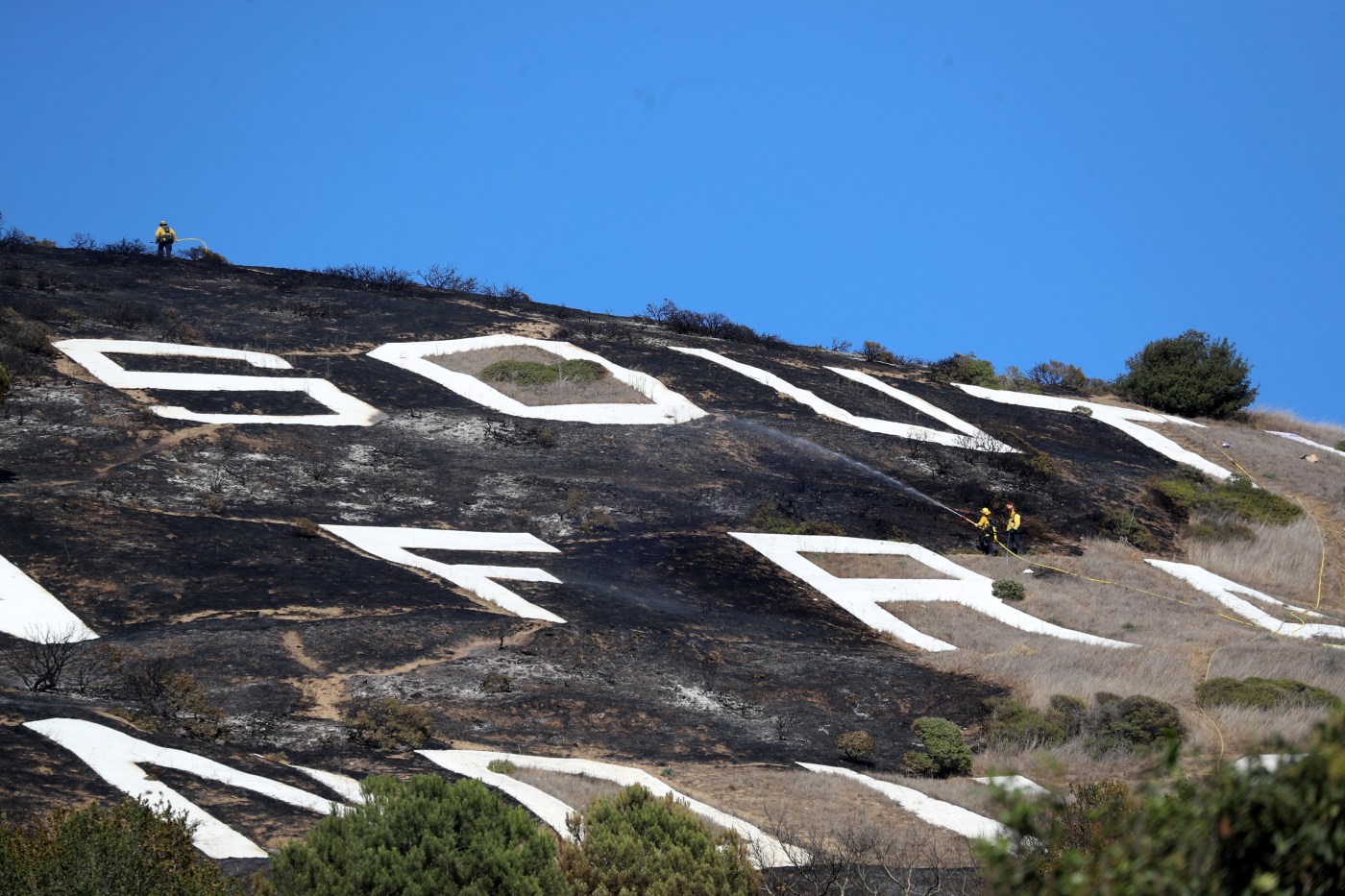 SOUTH SAN FRANCISCO — A multi-alarm grass fire that broke out at historic Sign Hill in South San Francisco on Friday was set by a pair of teenage boys, police said.

The blaze was reported just before noon on the south side of the hill and quickly grew to four alarms due to hot, dry and windy conditions, the South San Francisco Police Department said in a news release. Surrounding homes were evacuated while crews fought the flames.

Police said a resident reported seeing two boys leaving the area just after the fire started. Officers identified the boys – ages 14 and 16 – and questioned them about their involvement.

“Detectives ultimately obtained statements from the juveniles who admitted to being responsible for starting the fire,” police said.

The results of the police investigation will be turned over to the fire marshal, who will conduct a “complete investigation and provide his determination at a later time,” police said.

The boys were released to family members pending the completion of the investigation.

Police said the fire was contained after several hours. There were no reports of injuries or damage.

By Ellen Knickmeyer and Kathleen Ronayne | Associated Press OKLAHOMA CITY — Joe Biden is confronting the harsh political realities of combating climate change. The Democratic presidential nominee has spent months touting a $2 trillion plan to boost investment in clean energy and stop all climate-damaging emissions from the U.S. economy by 2050. The plan […]

Bay Area TV Sports: What to watch on Thursday-Friday

The Latest: Harris: GOP wants court to do their ‘dirty work’

WASHINGTON (AP) — The Latest on the Senate confirmation hearings for Supreme Court nominee Amy Coney Barrett (all times local): 1:25 p.m. California Sen. Kamala Harris says Republicans are trying to get the Supreme Court to do their “dirty work” by installing a new justice who will overturn the Affordable Care Act. Harris delivered her […]