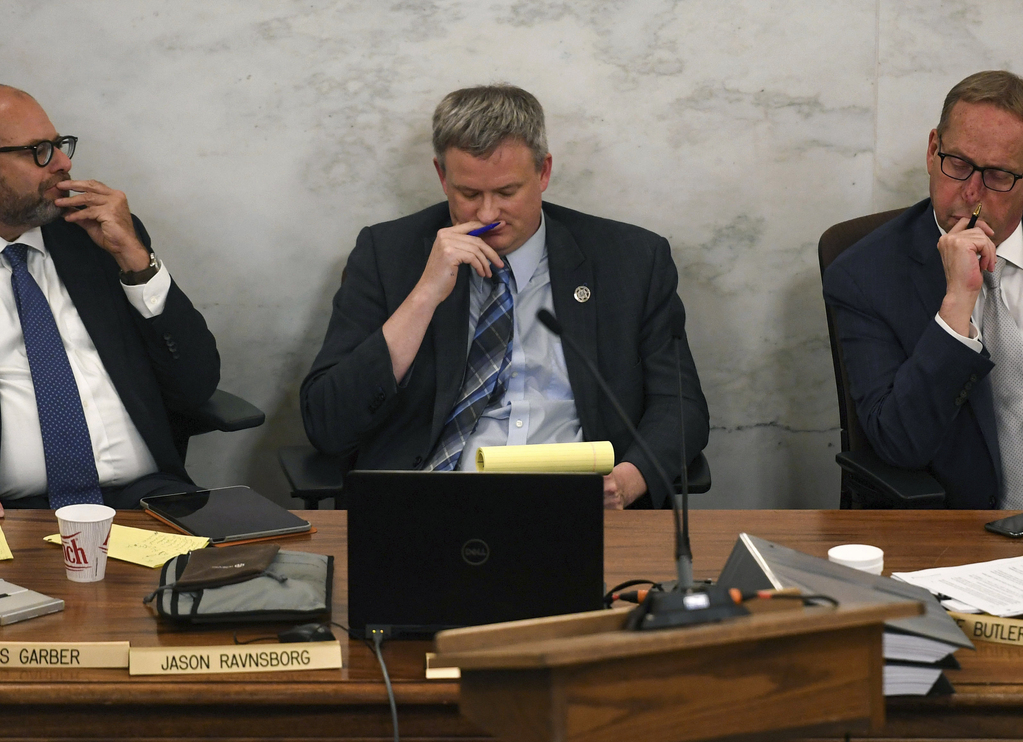 PIERRE, S.D. — The South Dakota Senate on Tuesday convicted Attorney General Jason Ravnsborg of two impeachment charges stemming from a 2020 fatal accident, removing and barring him from future office in a stinging rebuke that showed most senators didn’t believe his account of the crash.

Ravnsborg, a first-term Republican who only recently announced he wouldn’t seek reelection, showed little emotion as senators convicted him first of committing a crime that caused someone’s death. They then delivered another guilty verdict on a malfeasance charge that alleged he misled investigators and misused his office.

Ravnsborg told a 911 dispatcher the night of the crash that he might have struck a deer or other large animal, and has said he didn’t know he struck a man — 55-year-old Joseph Boever — until he returned to the scene the next morning. Criminal investigators said they didn’t believe some of Ravnsborg’s statements, and several senators made clear they didn’t either.

“There’s no question that was a lie,” said Sen. Lee Schoenbeck, the chamber’s top-ranking Republican. “This person ran down an innocent South Dakotan.”

Schoenbeck also criticized Ravnsborg for declining to testify in his own defense, saying Ravnsborg should have shared “what the hell he was doing” the night of the crash.

“There’s a mic right there, and that’s a damn short walk,” Schoenbeck said.

The convictions required a two-thirds majority. Senators mustered the bare minimum 24 votes to convict Ravnsborg on the first charge, with some senators saying the two misdemeanors he pleaded guilty to weren’t serious enough crimes to warrant impeachment. The malfeasance charge — Ravnsborg also asked investigators what data could be found on his cellphone, among other things — sailed through with 31 votes.

Votes to bar Ravnsborg from future office, taken on both counts, were unanimous.

Ravnsborg’s face showed little emotion throughout the votes, holding his hand over his mouth as he had for much of the trial, then writing on a notepad in his lap. He did not answer questions from reporters as he exited the Capitol.

Ravnsborg in September agreed to an undisclosed settlement with Boever’s widow.

Nick Nemec, Boever’s cousin who has been a constant advocate for a severe punishment for Ravnsborg, said the votes were “vindication.”

“It’s just a relief. It’s been nearly two years that this has drug on and it just feels like a weight off my shoulders,” he said.

Ravnsborg is the first official to be impeached and convicted in South Dakota history.

Gov. Kristi Noem, who will pick Ravnsborg’s replacement until the candidate elected to replace him in November is sworn in, called for Ravnsborg to resign soon after the crash and later pressed lawmakers to pursue impeachment. As the saga dragged on, Noem publicly endorsed Ravnsborg’s predecessor, Republican Marty Jackley, for election as his replacement. Noem made no immediate comment on the Senate outcome.

Ravnsborg has argued that the governor, who has positioned herself for a possible 2024 White House bid, pushed for his removal in part because he had investigated ethics complaints against Noem.

Mike Lupica: Steph Curry ranks with the NBA’s very best after delivering another title for his Warriors

Michael Jordan played in six NBA Finals and won all of them. And with some luck, and some self-control from Draymond Green, Steph Curry could be right there with him. Curry has played in six Finals himself, and now won four of them. One he lost when the Warriors were up three games to one […]

The Warriors brought themselves one win away from an NBA championship with a Game 5 win on Monday night. And the guy who led them there was Andrew Wiggins. The 27-year-old had his second brilliant game in a row, leading the Warriors with 26 points and 13 rebounds on the night and helping Golden State’s […]