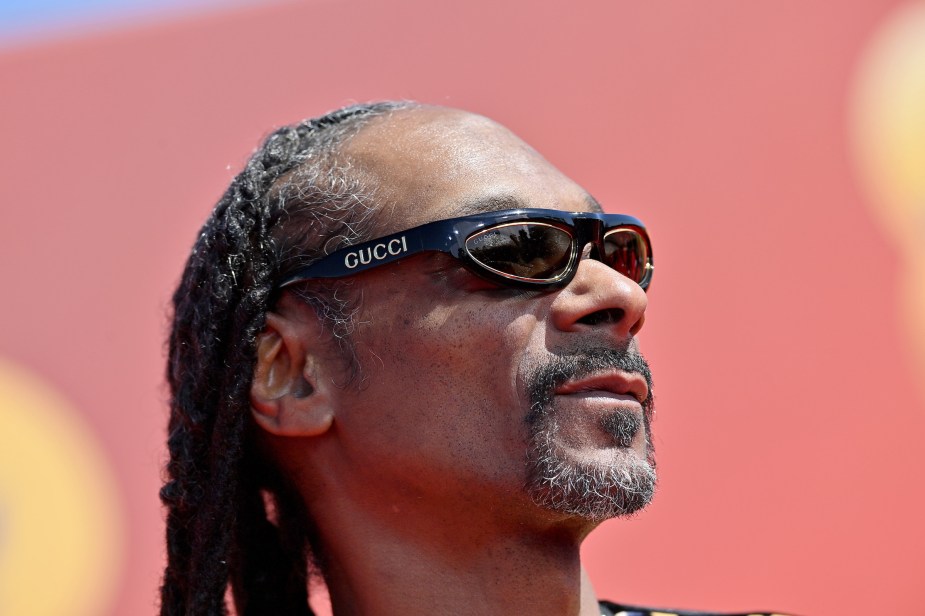 Back in 2005, Snoop founded the Snoop Youth Football League as an after-school activity in the Los Angeles area to help keep kids on the right track.

In the years since then, the League has expanded to include several teams across the LA area. This includes teams such as the Compton Seahawks, Crenshaw Rams, Long Beach Patriots (from

Rapper Snoop Dogg has done many things throughout his career beyond music. He’s appeared in TV shows and movies and launched several successful business ventures. Now, he’s gearing up to star in a new comedy film loosely inspired by his own life.

Back in 2005, Snoop founded the Snoop Youth Football League as an after-school activity in the Los Angeles area to help keep kids on the right track.

In the years since then, the League has expanded to include several teams across the LA area. This includes teams such as the Compton Seahawks, Crenshaw Rams, Long Beach Patriots (from Snoop’s hometown), Inglewood Chargers, and the Cerritos Steelers.

In addition to hosting football teams, the League also boasts several cheer squads for the teams.

In 2018, Snoop’s work as a coach for the teams was highlighted in the Netflix docuseries Coach Snoop.

Snoop Dogg is playing a youth football coach in ‘The Underdoggs’

Snoop’s work as a youth football coach will serve as inspiration for a new comedy film directed by Black-ish creator Kenya Barris. Titled The Underdoggs, the movie will follow a former NFL star (played by Snoop) as he coaches a youth football team to avoid going to prison after a run-in with the law.

“The Underdoggs is a real personal project for me considering that I’ve been coaching football for 15+ years with the Snoop Youth Football League,” Snoop said in a statement, according to Deadline. “Giving back to the community through football has taught us so many invaluable life lessons that we’ve been able to share with kids in similar situations like mine when I was growing up.”

“My hope is that this movie will shed light on the realities that kids and adults face in the hood and within the complex world of football,” he added.

RELATED: Snoop Dogg Has Earned Money Over the Years With Other Business Ventures Outside of Music

Snoop can connect to being a football coach

As a youth football coach himself, Snoop can relate to the film and bring his own personal experiences to the role. As for the project, his longtime producing partner Constance Schwartz-Morini thinks it’s an all-star lineup of creatives.

“We have brought together the perfect team, from MGM to the creatives led by Kenya [Barris], to make this film a reality,” she said in a statement. “I am excited to build upon my 10 years at the National Football League and broader work across the sports and entertainment industry to help Snoop bring this film idea to life.”

“Having been fortunate to work with each in the past, I can attest that Snoop, [director] Charles [Stone], and Kenya are the perfect ingredients to make Underdoggs a classic sports comedy,” Glickman said. “In particular, Snoop’s personal connection to the material will make for a film that not only delivers laughs, but a whole lot of heart for generations …read more

Private funeral services were pending today for Wolfgang Petersen, who scored a pair of Oscar nominations for writing and directing the tension-filled German-language U-boat drama “Das Boot” and went on to helm action hits such as “Air Force One,” “Troy” and “In the Line of Fire.” Petersen died Friday from pancreatic cancer at his home […]

PALO ALTO — A woman walking in a residential neighborhood near Palo Alto High School was suddenly attacked Sunday morning by a man who tore off her necklace, shoved her to the ground and ran off with her cellphone, police said. Nearly two hours after the robbery at 11:38 a.m. on the 300 block of […]

Q: Well, the Grand Experiment with express lanes is over, and we can deem them a failure. The new lanes from Highway 85 to 101 north in Mountain View have made it a commute-hour mess. One can expect more traffic with one freeway merging into another, but what one doesn’t expect is a traffic jam caused […]