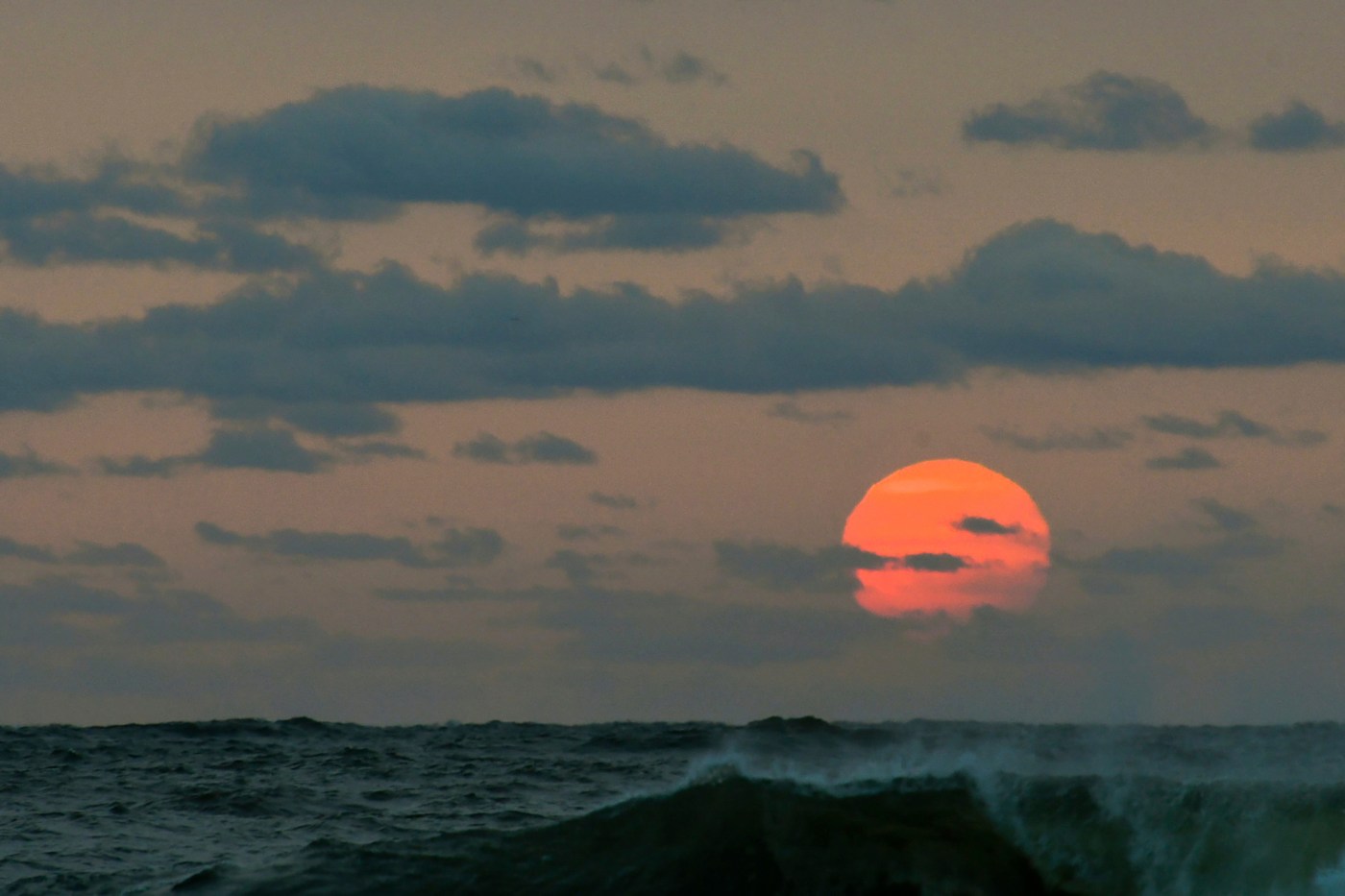 The smoke from dozens of wildfires in the western United States is stretching clear across the country — and even pushing into Mexico, Canada and Europe. While the dangerous plumes are forcing people inside along the West Coast, residents thousands of miles away in the East are seeing unusually hazy skies and remarkable sunsets.

The wildfires racing across tinder-dry landscape in California, Idaho, Oregon and Washington are extraordinary, but the long reach of their smoke isn’t unprecedented. While there are only small pockets in the southeastern U.S. that are haze free, experts say the smoke poses less of a health concern for those who are farther away.

The sun was transformed into a perfect orange orb as it set over New York City on Tuesday. Photographs of it sinking behind the skyline and glinting through tree leaves flooded social media. On Wednesday, New Jersey residents described a yellow tinge to the overcast skies, and weather forecasters were kept busy explaining the phenomenon and making predictions as to how long the conditions would last.

On the opposite coast, air quality conditions were among some of the worst ever recorded. Smoke cloaked the Golden Gate Bridge and left Portland and Seattle in an ashy fog, as crews have exhausted themselves trying to keep the flames from consuming more homes and even wider swaths of forest.

Satellite images showed that smoke from the wildfires has traveled almost 5,000 miles to Britain and other parts of northern Europe, scientists said Wednesday.

The current weather system, which favors a westerly wind across the higher levels of the atmosphere, is to blame for the reach of the smoke, experts explained.

“We always seem, at times, to get the right combination of enough smoke and the upper level jet stream to line up to bring that across the country, so we’re just seeing this again,” said Matt Solum with the National Weather Service’s regional operations center in Salt Lake City, Utah. “It’s definitely not the first time this has happened.”

There could be some easing of the haze this weekend as a storm system is expected to move into the Pacific Northwest and could affect the conditions that helped the smoke travel across the country. But Solum said there’s always a chance for more smoke and haze to shift around.

“Just due to all the wildfires that are going on, this is likely going to continue for a while,” he said. “You might have ebbs and flows of that smoke just depending on how the upper level winds set up.”

Kim Knowlton, a senior scientist with the Natural Resources Defense Council in New York City, said she woke up Wednesday to a red sunrise and more haze.

Climate is not weather: Trump continues to get the two conflated

Coronavirus: As deaths tick up in California, other metrics continue to improve

Despite a recent uptick in deaths, California’s other metrics in its battle with COVID-19 continued to improve Wednesday. Counties around the state reported another 3,472 cases of the virus, according to data compiled by this news organization — close to the daily average for the past week, which has fallen about 30% in the past […]

Family of California nursing home resident who died: ‘She had 3 really good years there and 1 really bad week’

Karen Johnson, 77, spent about three years in the Highland Springs Care Center in Beaumont. “She was at an unlocked memory care facility in Hemet, but she got to the point with her Alzheimer’s and dementia … where she needed to be in a locked facility,” said her daughter, Dena Garcia. Eye of the Storm […]

Advice from a lemon owner who got satisfaction: Roadshow

Q: What happens to lemon cars after manufacturers buy them back? Do they scrap those cars or sell them as used cars? Simon Chng, Fremont Like Mr. Roadshow’s Facebook page for more questions and answers about Bay Area roads, freeways and commuting. A: Brace yourself. Some lemons get resold. While all states have lemon laws, […]