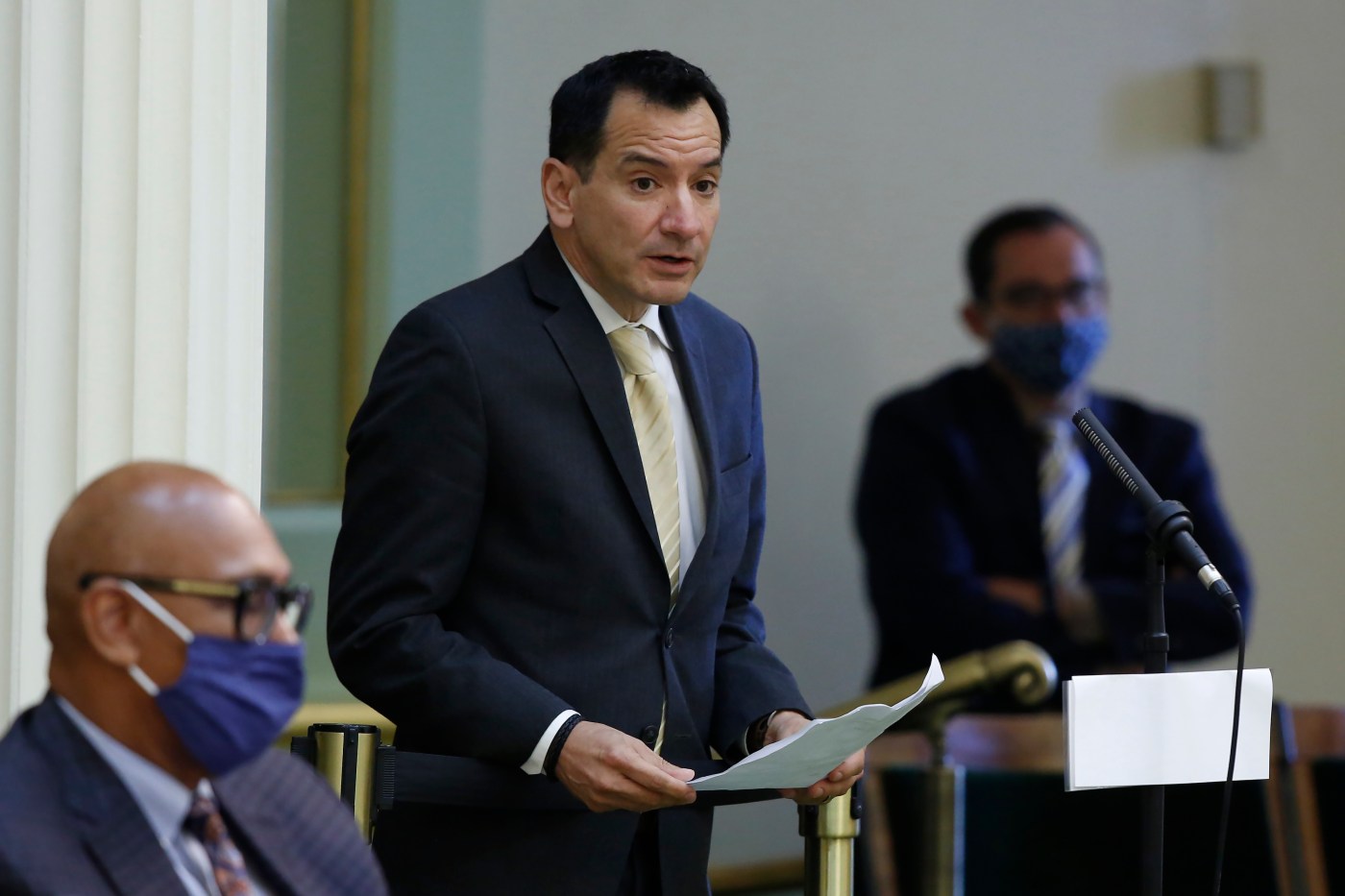 It wasn’t good government. But it was probably good politics.

A major police reform bill was quietly killed by the Assembly speaker without a house vote on the last night of the legislative session. He used an ages-old tactic aimed at sparing politically vulnerable lawmakers from casting a perilous vote.

The bill would have assured that when a bad cop’s badge is yanked by a police department, he can’t hook on with another law enforcement agency anywhere in California. The measure also would have made it easier for citizens to file civil lawsuits against rogue officers.

There was broad public support for the measure — but heavy opposition from officers’ unions, police chiefs and sheriffs.

So, it wound up the way these things often do: The legislative leader punted.

Just how big a role should politics play in policymaking? There’s no pat answer. But politics and public policy are intertwined.

It’s a no-win dilemma for lawmakers running for reelection in competitive races. Voters could turn against an incumbent who sides with the interests. But if the lawmaker votes against the interests, he could suffer their wrath. Campaign contributions could be cut off and given to an opponent.

If a bill probably isn’t going to survive a house vote anyway, maybe the wisest move is to pull it off the floor. Avoid the agony of taking a public position in a likely losing cause.

That’s a well-worn page from the legislators’ traditional political playbook.

Assembly Speaker Anthony Rendon, D-Lakewood,  concluded the bill didn’t have nearly enough votes to pass his house — it needed a simple majority, 41 — and removed it from consideration.

“It didn’t have the votes — wasn’t even close,” Rendon told me. “I was going to vote for it, but for many it was a tough vote.”

But aren’t legislators paid to cast tough votes? If a bill reaches the floor, shouldn’t it be entitled to a vote?

“You wouldn’t know whether it had the votes if you’re not willing to take up the bill,” Bradford says. “It’s not uncommon to take up a bill before you have 41 votes. A lot of [house] members might want to hear the floor debate on a controversial bill.”

It’s a fact, however, that debates — no matter how lengthy and passionate — rarely add significantly to vote totals. Occasionally they do. But Bradford would have needed to pick up a bunch of votes — up to 10.

“Did we have 41 identified votes? No,” Bradford says. “But we had potential leanings. We could have worked the floor and gotten 41 votes.”

Well, that was another problem. Because of COVID-19 rules, the senator could not have worked the Assembly floor. Legislators weren’t allowed in the other house’s chamber. That made legislating difficult.

But the biggest obstacle for Bradford’s …read more

Despite the frustration that engulfed the Pac-12 on Friday in the aftermath of the presidents delaying their vote on a return-to-play schedule, the conference is churning forward with a plan — and it includes an option for games on Oct. 31, according to a source. Yes, the Halloween start remains very much on the table. […]

PITTSBURG — The owner of a sports bar was charged Monday with operating her bar without a liquor license, while it was supposed to be shuttered for the COVID-19 pandemic, authorities said. Kimberly Dixon, 52, of Pittsburg, will make her first court appearance on Nov. 6,and can enter a plea then, according to Scott Alonso, […]

Berkeley could become the latest Bay Area city to issue fines for violations of the COVID-19 public health orders that mandate masks and bar large gatherings. The city council is expected to vote Tuesday evening on the decision to install civil penalties starting at $100 per day, per violation and escalating up to $500 for […]