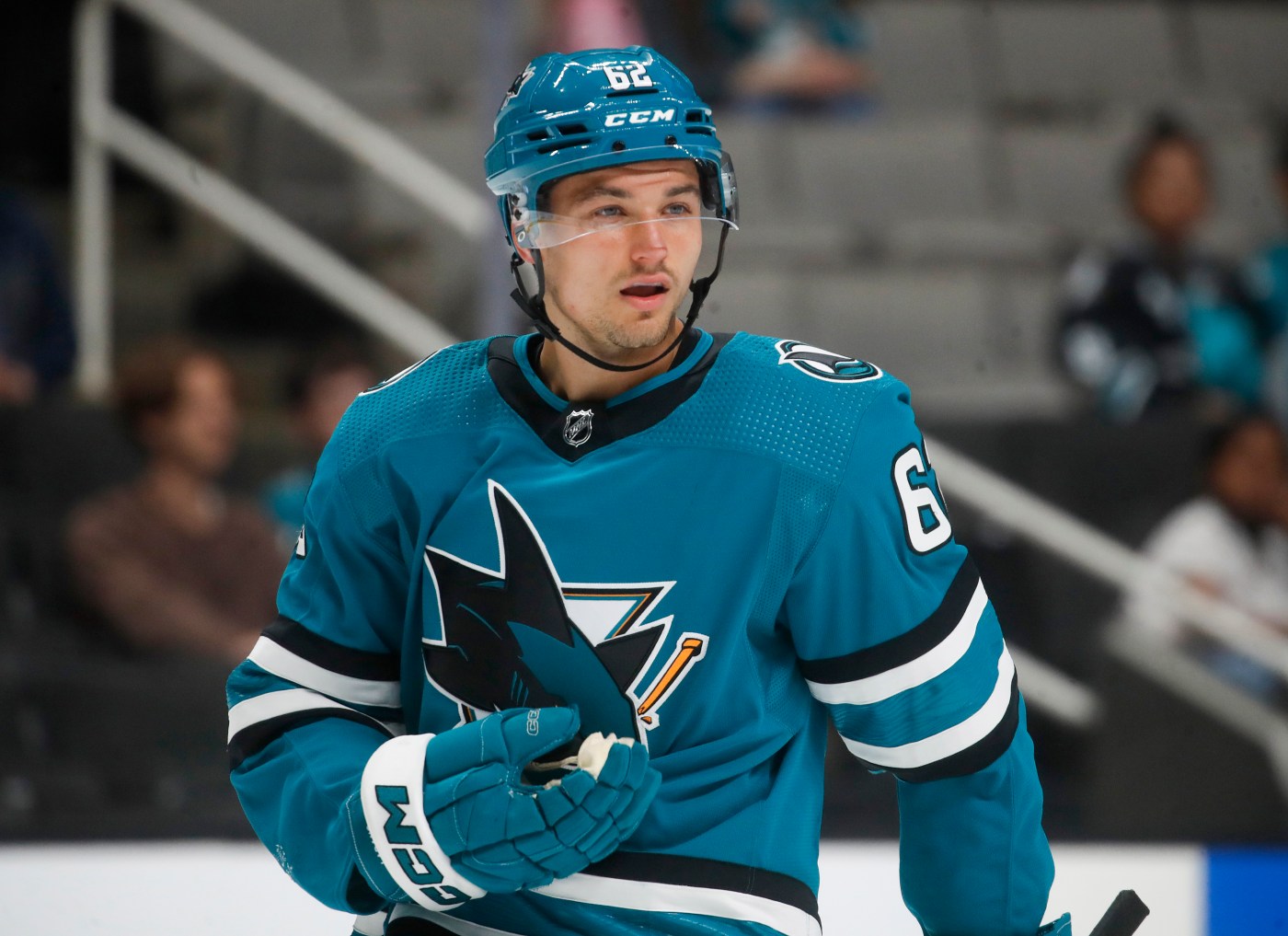 It’s something that San Jose Sharks forward Kevin Labanc hasn’t experienced all that often before, if ever. Certainly, he’s never gone through it in his six-plus seasons in professional hockey.

No, spending four straight games as a healthy scratch was rather unprecedented for Labanc, the offensively gifted winger who has sometimes left Sharks coaches past and present scratching their heads with what was – in their eyes – a wavering commitment to defense, among other issues.

But the mercurial Labanc has usually been able to bounce back, and that was the case again Tuesday when he dressed for his first game in 11 days.

Labanc, Tomas Hertl, and Timo Meier, per Natural Stat Trick, created 10 scoring chances as a line at 5-on-5 play against the Detroit Red Wings and allowed just one. Labanc didn’t collect a point but was credited with nine shot attempts and one hit in 14:30 of ice time.

“I just wanted to work hard, forecheck, be structurally sound and make sure that I’m playing the right way,” Labanc said after the Sharks’ 3-2 overtime loss to the Red Wings at Little Caesars Arena. “That’s what our line did and at the same time, we weren’t giving any chances and we were getting a ton of chances.”

Labanc also earned some kudos from his head coach, with whom he’s had some differences in opinion.

“Banker was solid. He was solid,” Sharks coach David Quinn said. “We’ve had probably four conversations since he sat and we just talked about the things he needed to do.

“Obviously we believe in him and guys go through some highs and lows in the season.”

The “believe” part of Quinn’s postgame comment is perhaps the most notable.

It’s not often that a team’s fourth-highest-paid forward is a healthy scratch multiple times in a row. But Quinn said last week that he felt Labanc’s overall game had been tailing off since before Christmas.

Quinn said at the time of Labanc’s first scratch on Jan. 16 that he needed him to be “a little bit more consistent overall, in a lot of aspects. When he’s on his game, there’s a swagger to him, there’s an edge to him. Makes life hard on the other team, makes good decisions, and I just think he’s lost his way just a little bit.”

So Labanc sat out the Jan. 16 game against New Jersey, a Sharks 4-3 shootout loss, and the game two days later against Dallas, a 5-3 San Jose win. Labanc also sat out the Sharks’ dismal 5-3 loss to Columbus on Saturday, and, perhaps surprisingly, remained out for the next day’s game against Boston, where San Jose was outclassed 4-0 by the league-leading Bruins.

Labanc knew he hadn’t been perfect, but perhaps not bad enough to be scratched a career-high four straight games. It was clear he had a different opinion about his own performances than Quinn.

Asked Tuesday about some of the emotional support he’s received from his teammates in the last week, Labanc said, “Guys were just telling me to stick with it and …read more

The Beatles’ ‘Back in the U.S.S.R.’ Only Became a Hit Years After the Band Broke Up

Heat’s Orlando Robinson downplays thumb fracture, ‘All I need is a splint and two Ibuprofens’

Orlando Robinson thought he was fine, was ready to return to Tuesday night’s Miami Heat victory over the Cleveland Cavaliers if necessary, thought he just jammed his right thumb. The next day told a different story. “I woke up that last morning, it turned purple, so I went to go check it out. They said […]