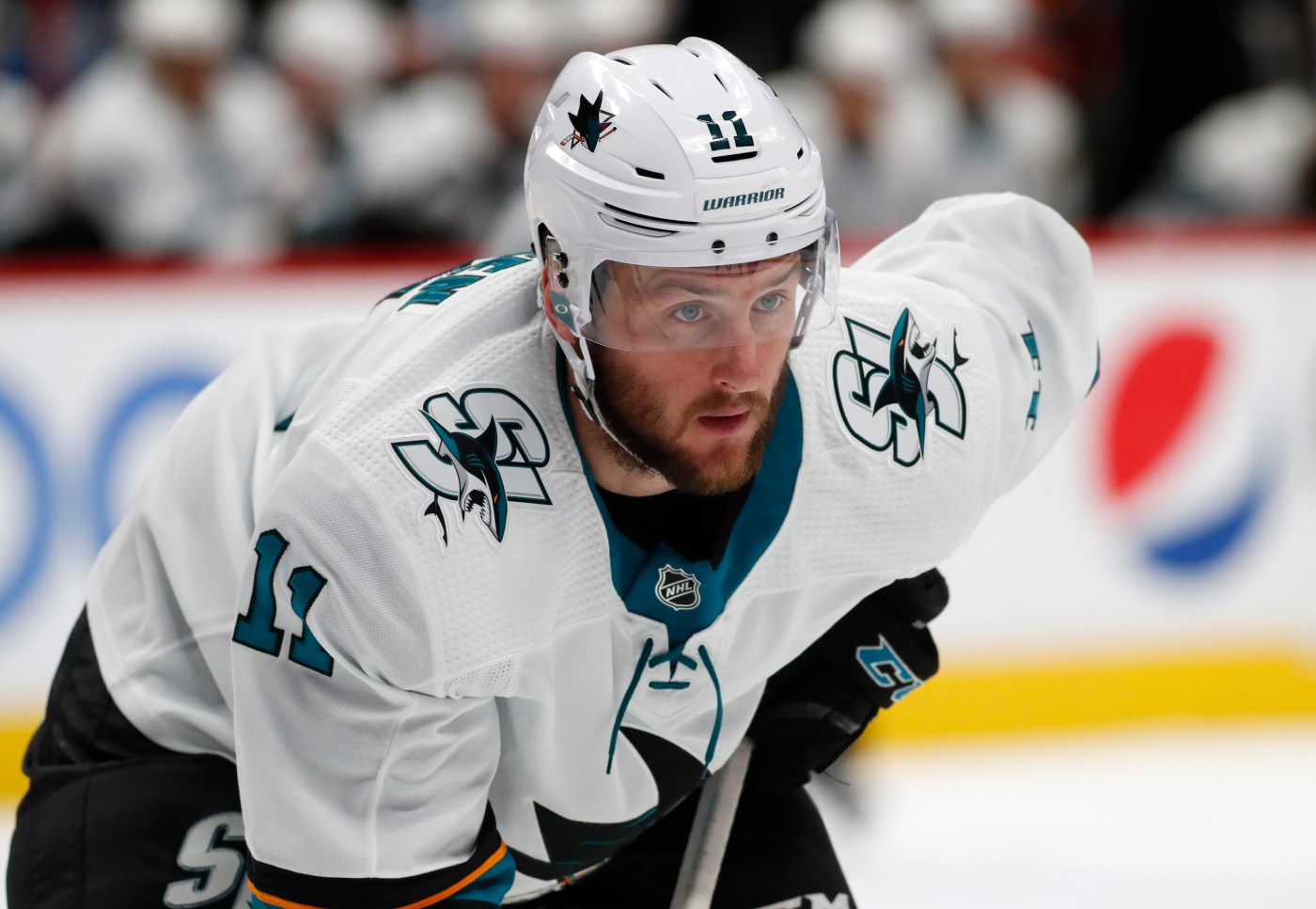 The Sharks have re-signed forward Stefan Noesen to a one-year contract.

“Stefan came in here last season and made a pretty seamless transition both on and off the ice,” Sharks general manager Doug Wilson said in a statement. “He plays the game with a high tempo and energy and isn’t afraid to stick up for his teammates. We think he fits well with how we want our team to play and are happy he is returning to San Jose.”

Noesen, 27, had eight points and 32 penalty minutes 34 games with the Sharks, who claimed him off of waivers Dec. 19.

Noesen, listed at 6-foot-1 and 205 pounds, averaged close to 12 minutes of ice time per game as a depth forward whose responsibilities increased during the season as the Sharks dealt with injuries to a handful of key players.

Noesen once again figures to slot as the Sharks’ third or fourth line right wing this season.

The Sharks and every other NHL team are dealing with a salary cap that remained flat this season at $81.5 million, and is not expected to rise much in the near future after next season thanks to the financial ramifications of the pandemic.

The Sharks, per CapFriendly, now have about $7.7 million in cap space with four roster spots left to fill.

The six-foot-one, 205-pound Plano, Texas native was originally selected by Ottawa in the 2011 NHL Draft (first round, 21st overall).

Athletics 2B La Stella leaves Game 3 vs. Astros after taking pitch to elbow

Tommy La Stella took a pitch to the elbow in the eighth inning of Wednesday’s Game 3 of the A’s series with the Astros. A 90 mph sinker from Astros reliever Brooks Raley rode in on La Stella and hit him right above the protective pad on his right elbow. La Stella went down in […]

By Alexandra Olson | The Associated Press The coronavirus pandemic has put millions of Americans out of work. But many of those still working are fearful, distressed and stretched thin. A quarter of U.S. workers say they have even considered quitting their jobs as worries related to the pandemic weigh on them, according to a […]

Rents in San Francisco have fallen by as much as 31%

By Anna Bahney | CNN Business Rents continue to drop in some of America’s most expensive cities. With more people working from home for the foreseeable future, many renters are seeking to live in more affordable areas that can offer them extra space. That has especially impacted San Francisco, which led the nation in rental […]