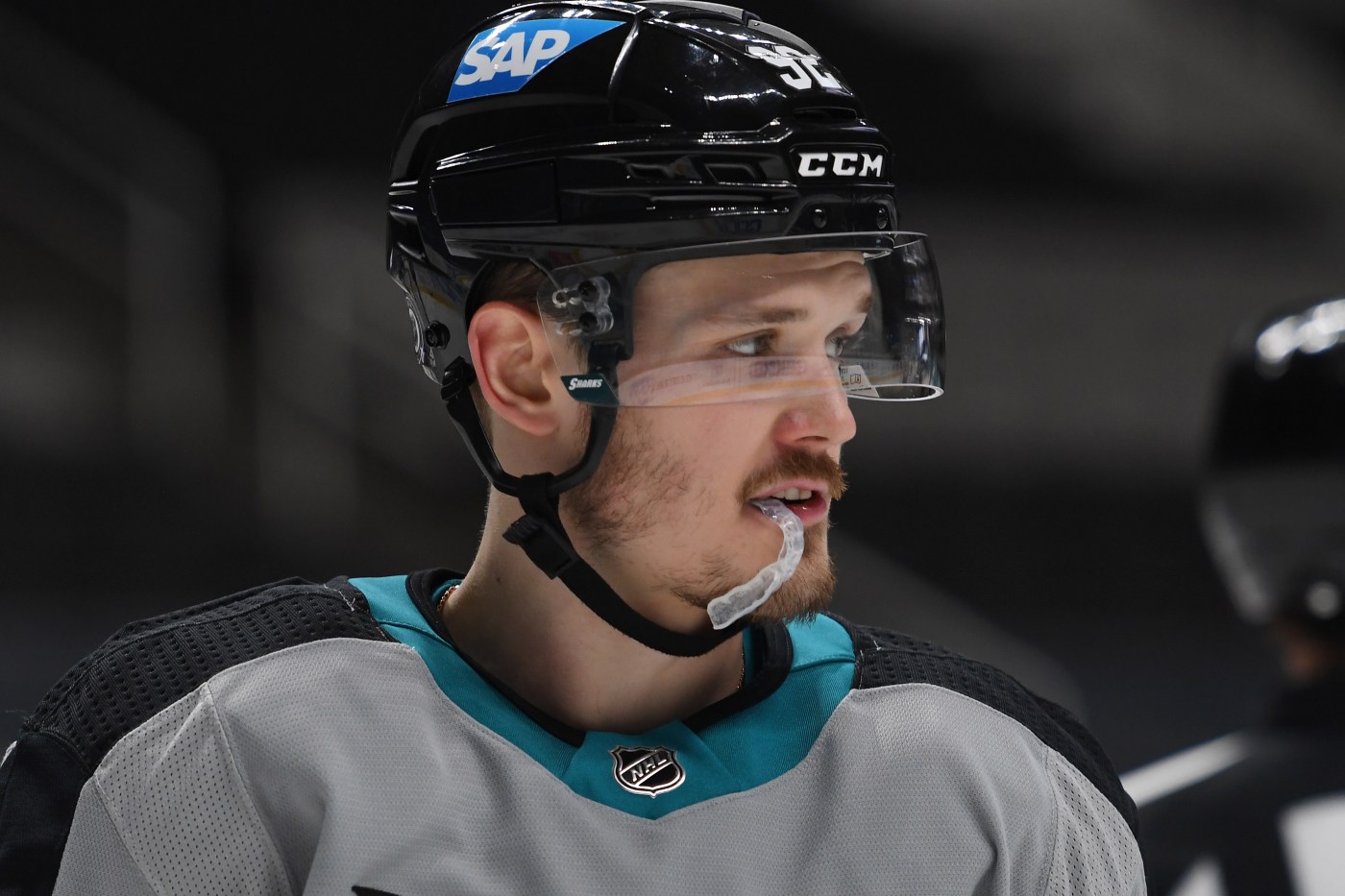 SAN JOSE — The Sharks locked up one of their remaining restricted free agents, announcing on Thursday the re-signing of forward Rudolfs Balcers to a two-year contract.

Balcers, 24, had 17 points in 41 games for the Sharks last season after the team claimed off of waivers in January. Balcers, a Sharks draft pick in 0215, had been with the Ottawa Senators for two years after he was part of the blockbuster deal that brought Erik Karlsson to San Jose in 2018.

Balcers was mostly used in a top-nine forward role in 2021 and averaged 14:43 of ice time per game. His deal, according to a source, carries an average annual value of $1.55 million.

“We were excited to bring Rudolfs back to our organization last season and he became an important part of our lineup in what was his first full NHL season,” Sharks general manager Doug Wilson said in a statement. “He showed that he is a versatile forward who can provide offense for our club as a Top-9 forward. We are happy to have him.”

The Sharks also announced Thursday a one-year, two-way deal for forward Joachim Blichfeld, also a pending RFA. His deal is worth $750,000 at the NHL level, according to a source.

The Sharks still have other RFA’s to tend to, including newly acquired goalie Adin Hill and forwards Noah Gregor and Ryan Donato. NHL teams have until Monday to issue qualifying offers to restricted free agents to maintain retain their negotiating rights.

By MICHAEL LIEDTKE | The Associated Press SAN RAMON  — Netflix has hired veteran video game executive Mike Verdu, signaling the video streaming service is poised to expand into another fertile field of entertainment. Verdu’s addition as Netflix’s vice president of game development, confirmed Thursday, comes as the company seeks to sustain the momentum it […]

How California is trying to slow pace of evictions

By ADAM BEAM | The Associated Press SACRAMENTO — A federal freeze on most evictions enacted last year is scheduled to expire July 31, after the Biden administration extended the date by a month. The moratorium, put in place by the Centers for Disease Control and Prevention in September, was the only tool keeping millions […]

FELTON — A concert at Felton Music Hall this month led to a sizable outbreak, the venue posted on its social media Monday night. After the Los Angeles-based Grateful Shred band performed in the hall on July 18, one attendee showed COVID-19 symptoms. When the band got tested, nearly all of the members were COVID-positive, […]