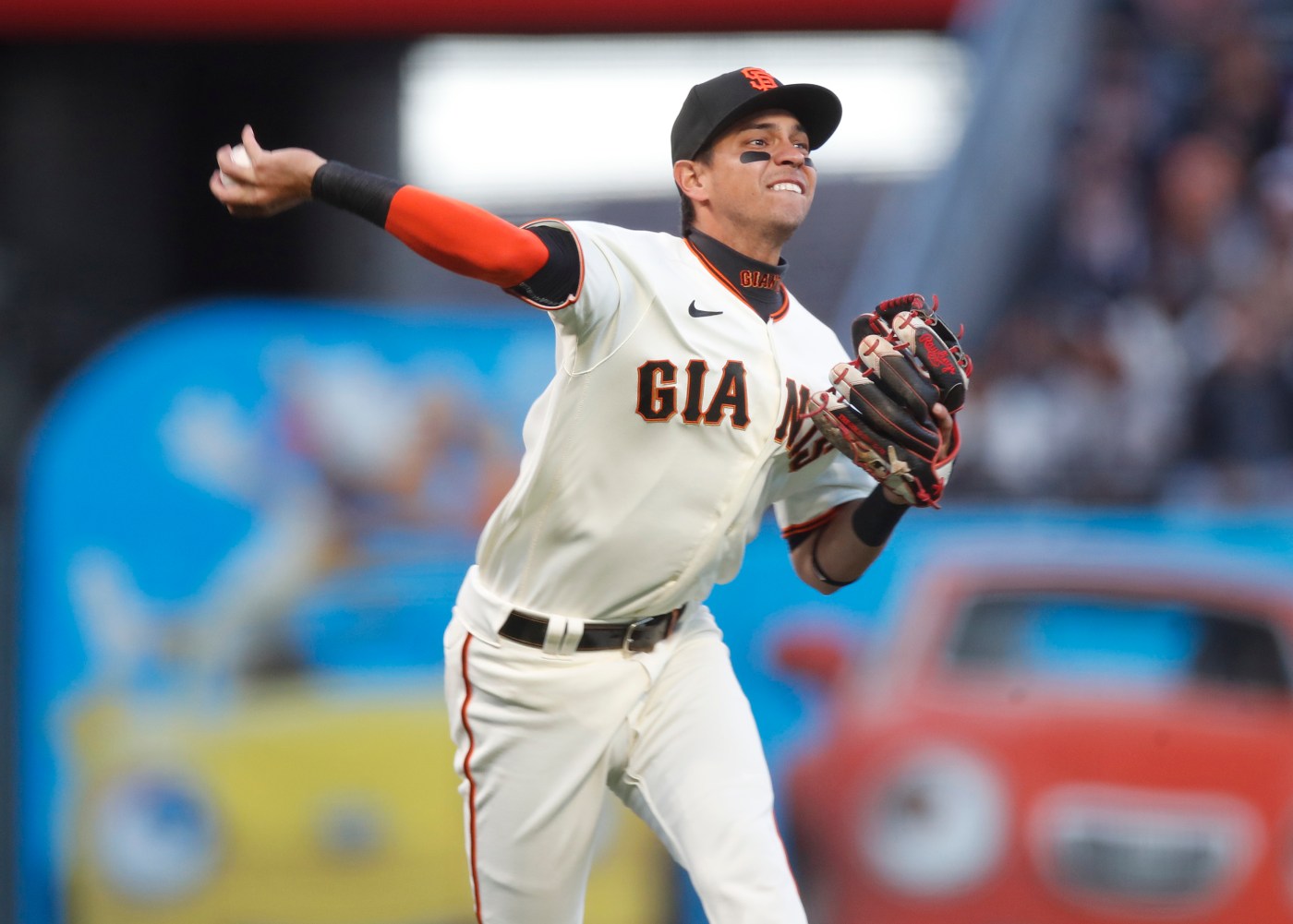 The Giants were finally going to get fully healthy, which meant a tough move was going to have to be made.

That tough move came early Saturday morning, with the Giants trading utility player Mauricio Dubón to the Houston Astros in exchange for Michael Papierski, a catcher and first baseman. The Giants also recalled the recently-acquired infielder Donovan Walton to take Dubón’s place on the active roster and will start Walton at second base on Saturday in St. Louis.

Dubón was in a battle for a roster spot with Thairo Estrada — both of whom are out of minor league options — all throughout the spring. But injuries to Evan Longoria, Tommy La Stella and Lamonte Wade Jr. opened up opportunites for Dubón to make the Opening Day roster.

In 49 plate appearances, Dubón batted .239 with two home runs and eight RBI. He’s had his moments in the first month of the season, like going 3-for-4 with a homer and three RBI on Monday against the Rockies.

But Dubón’s OPS is down 20 points from 2021 and he’s had a few miscues on the bases, as well. And with Longoria and Wade both returning — and La Stella not far behind them — the Giants had to finally make a decision for their roster crunch.

Why SF Giants made another trade with Mariners, and why this one might be different

Crowley: The 2022 Giants are clearly a good team, but their best days lie ahead

Dubón, who was born and raised in Nicaragua, moved to Sacramento when he was in high school and became a Giants fan, and the natural shortstop idolized Brandon Crawford. Now, in Houston, he’ll get to play for former Giants manager Dusty Baker and show off his ability to play second, third and center fielder, as he’s done with the Giants.

His numbers are down in 2022, only batting .211 with one homer and a .602 OPS. But he’s actually improved his walk-strikeout numbers, now …read more

Observations from the NBA draft combine in Chicago, including Scotty Pippen Jr. balancing expectations — and a legacy

Scotty Pippen Jr. knows the power that comes with a name — especially at the NBA combine this week in Chicago. In his early days playing basketball in Highland Park, Pippen said it was a challenge to carry the family name of Scottie Pippen, the other half of the legendary duo who lifted the Chicago […]

Martin Henderson as Jack Sheridan and Alexandra Breckenridge as Mel Monroe ‘Virgin River’ | Netflix Mel’s close relationship with Chloe has a lot to do with the fact that her dreams of motherhood were torn away from her before she moved to the town of Virgin River. At the end of the third season of […]

When Robin Lopez first signed with the Orlando Magic, there was curiosity about what his on-court role would be. Lopez didn’t need a lot of time to see how he fit in. “I’ve always liked to think of myself as a utility guy,” Lopez said shortly after being signed to a 1-year, $5 million contract. […]