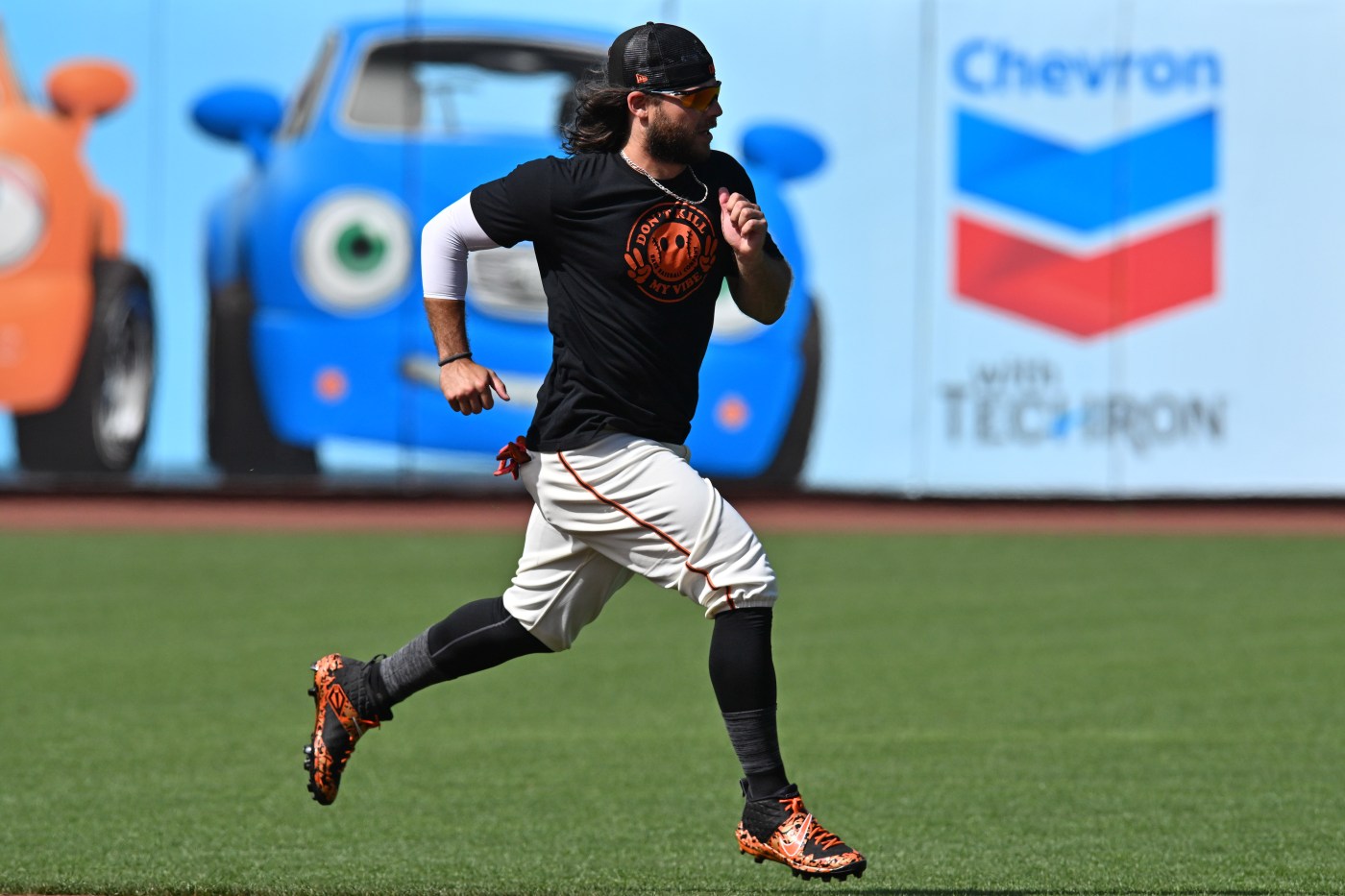 SAN FRANCISCO — One of the reasons the Giants weren’t more active at the trade deadline, Farhan Zaidi said, was that they were counting on help in the form of health.

Those reinforcements should begin to arrive this weekend, when Brandon Crawford (knee), Joc Pederson (concussion) and Thairo Estrada (concussion) are due back from the injured list, with Evan Longoria (hamstring) not far behind them.

The question, though, is whether it is too little, too late for a team that fell a season-high three games under .500 Wednesday and entered Thursday 5.5 games back of the final National League wild card spot.

“Those guys coming back … we think can help us,” Zaidi said in the aftermath of Tuesday’s deadline.

After an off day Friday, the Giants should get Crawford and Pederson back for the opener of a two-game set in Oakland. On Sunday, Estrada should follow them and be activated for the series finale.

Estrada and Pederson have both resumed baseball activities after suffering concussions last week. Pederson took a hard fall after jumping for a ball at the left-field wall, while Estrada was hit by a pitch in the head.

There was a possibility that Crawford could have been activated Thursday, but the Giants chose to wait, with left-hander Clayton Kershaw on the mound for the Dodgers and a day off Friday. Crawford has played 10 games since June 21, when he aggravated a knee injury on an awkward slide into home plate.

The veteran shortstop was back with the club Thursday after playing two games in a rehab assignment, going 0 for 4 with a walk and a strikeout for Triple-A Sacramento.

Vin Scully, forever the voice of the Dodgers, dies at 94

A rehab assignment isn’t expected for Longoria, who has been out since straining his hamstring running out a double play July 23 in Los Angeles. He was running along the cut of the outfield grass before Thursday’s game at Oracle Park, the final step in his recovery, manager Gabe Kapler said.

While there is a chance Longoria could also be activated this week, Kapler indicated it’s more likely to come the following series in San Diego.

Oakland and San Francisco soon could become two of the first cities in the country to pursue an audacious strategy to control drug overdoses — safe injection sites where users can shoot up in a protected setting. Senate Bill 57, passed by the state legislature this month, would allow the two Bay Area cities and […]

Dylan Cease admitted Monday he sometimes thinks about his chances of winning the American League Cy Young Award during his breakout season. Chalk it up to the joy of youth? “Old guys think about it too,” Justin Verlander said with a laugh. “It’s very natural.” Cease, the 26-year-old Chicago White Sox ace, faces Verlander, the […]

Ina Garten | Mike Smith/NBC/NBCU Photo Bank Ina Garten adds a delicious sugar rim to cocktails Garten and Drummond both have used sugar on the rims of cocktail glasses for a fun and delicious twist. Garten showed her trick during a 2018 appearance on Ina Garten and Ree Drummond have a trick for cocktails that […]