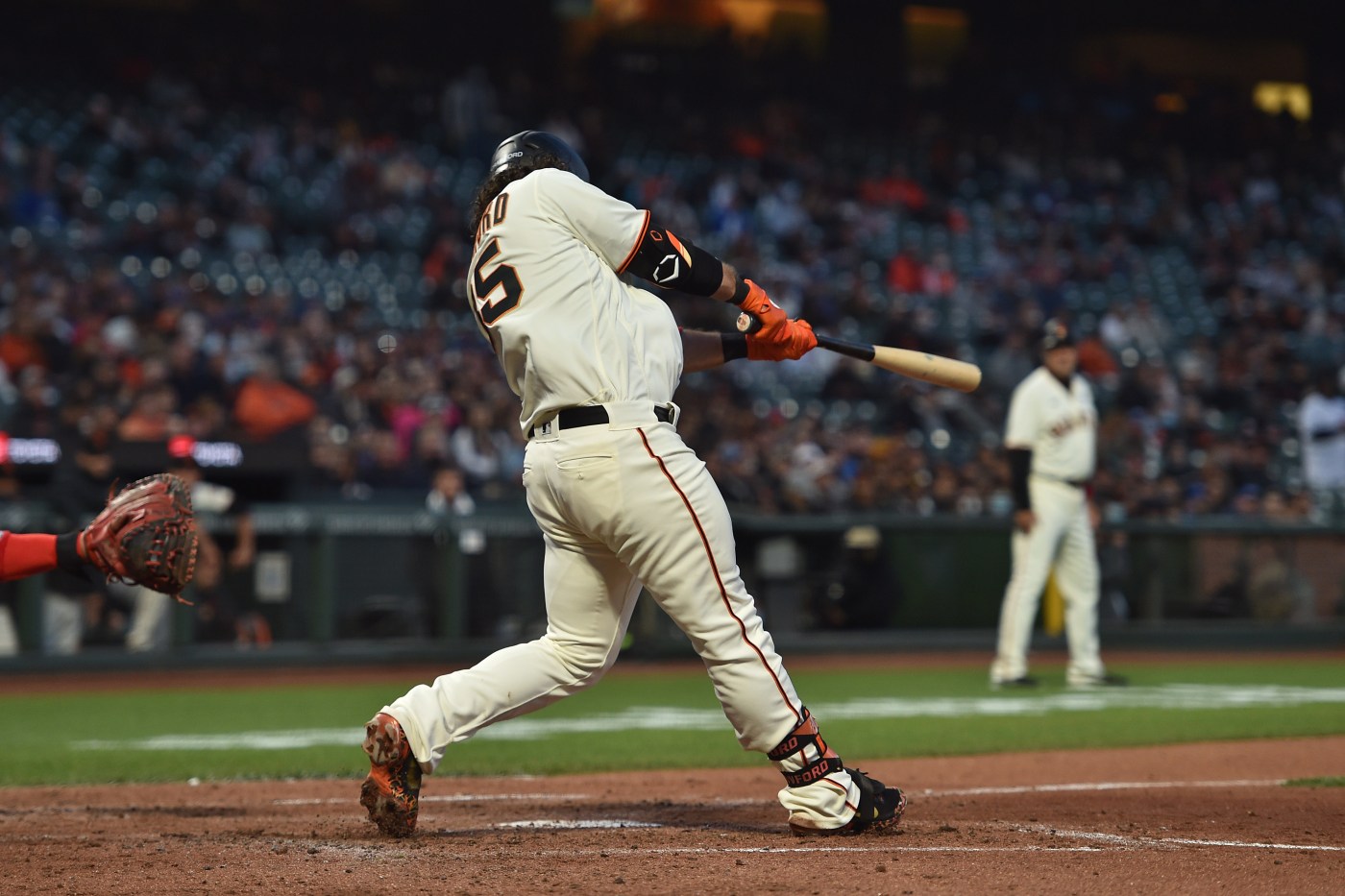 Giants teams of the past have without question found ways to succeed offensively. In 2010, 2012 and 2014 it led to World Series victories, in 2002 it was enough to win an NL pennant and in 2016 the team played into a wild card spot.

This year’s Giants, who hold MLB’s best win percentage, have the same potential as their predecessors. But getting there, at least on the offensive end, has looked markedly different.

In 19 of its last 20 seasons, San Francisco has seen fewer pitches per plate appearance than the Major League average.

This year’s Giants team has been plainly different. Through 61 games, the Giants have excelled when it comes to forcing opposing pitchers to work deep into plate appearances. Their 4.06 pitches seen per plate appearance are the second-most in the league, barely trailing the New York Yankees’ league-best mark of 4.07.

According to manager Gabe Kapler, the Giants’ willingness to take pitches and work counts is the byproduct of renewed focus in that area.

“The group has been solid in that regard,” Kapler said Friday. “From a plate discipline standpoint, I think that speaks to an extended time period under our belts together.”

The Giants have put together a concerted effort to make extending plate appearances a cornerstone of their offensive strategy this year. In the first month and half of the season, they led the league in pitches per plate appearance, then traded for outfielder Mike Tauchman, who has been among the league leaders in the category over the last several years.

Through 61 games, San Francisco’s hitters have demonstrated some of the best plate discipline in baseball, swinging at just 26.7 percent of pitches outside the strike zone, the second-lowest rate in the league. It’s nearly a 5-point improvement from the Giants’ 31.4 percent chase rate in 2020’s 60-game season and a 7-point improvement from their 33.7 percent mark in 2019.

“With how hard hitting has become, I think it’s as important now as it probably has ever been to have knowledge of the strike zone and to swing at the pitches that are pitches you can hit hard,” Tauchman said after he was acquired by the Giants in April. “I think that the biggest non-threat to (pitchers) is if the batter doesn’t put the ball in play. So if they can strike guys out, then they’re going to have success.”

The Giants have shouldered their bats on pitches within the zone, too, swinging at 66.9 percent of pitches in the strike zone, the eighth-lowest rate in the league.

Combine their chase rate and zone swing percentage and the Giants are swinging at just 43.8 percent of pitches overall, the second-lowest rate in the league above only San Diego.

Baby Lilibet’s name debate: Another ‘rude’ move by Harry and Meghan or lovely tribute to the queen?

Lilibet Diana Mountbatten-Windsor is only three days old, but already the baby daughter of Prince Harry and Meghan Markle — or her name, rather — has become the latest focus of the rancorous debate about her parents’ fraught relationship with the British royal family. Lilibet is the private family nickname for Queen Elizabeth, as the […]

Theranos: Prosecutors accuse Elizabeth Holmes of seeking a jury biased in her favor

Federal prosecutors in a court filing accused Theranos founder Elizabeth Holmes of trying to use an unusually long jury-screening questionnaire to produce a jury biased in her favor. The proposed 41-page questionnaire Holmes’ legal team filed in court late last month “does more to potentially bias the jury in her favor than to aid in […]

Submit your letter to the editor via this form. Read more Letters to the Editor. Agency policies threaten region’s water, economy The San Francisco Public Utility Commission’s suit against the State Water Board’s effort to protect the San Francisco Bay and Sacramento-San Joaquin River Delta and the recent appointment of general manager Dennis Herrera are […]