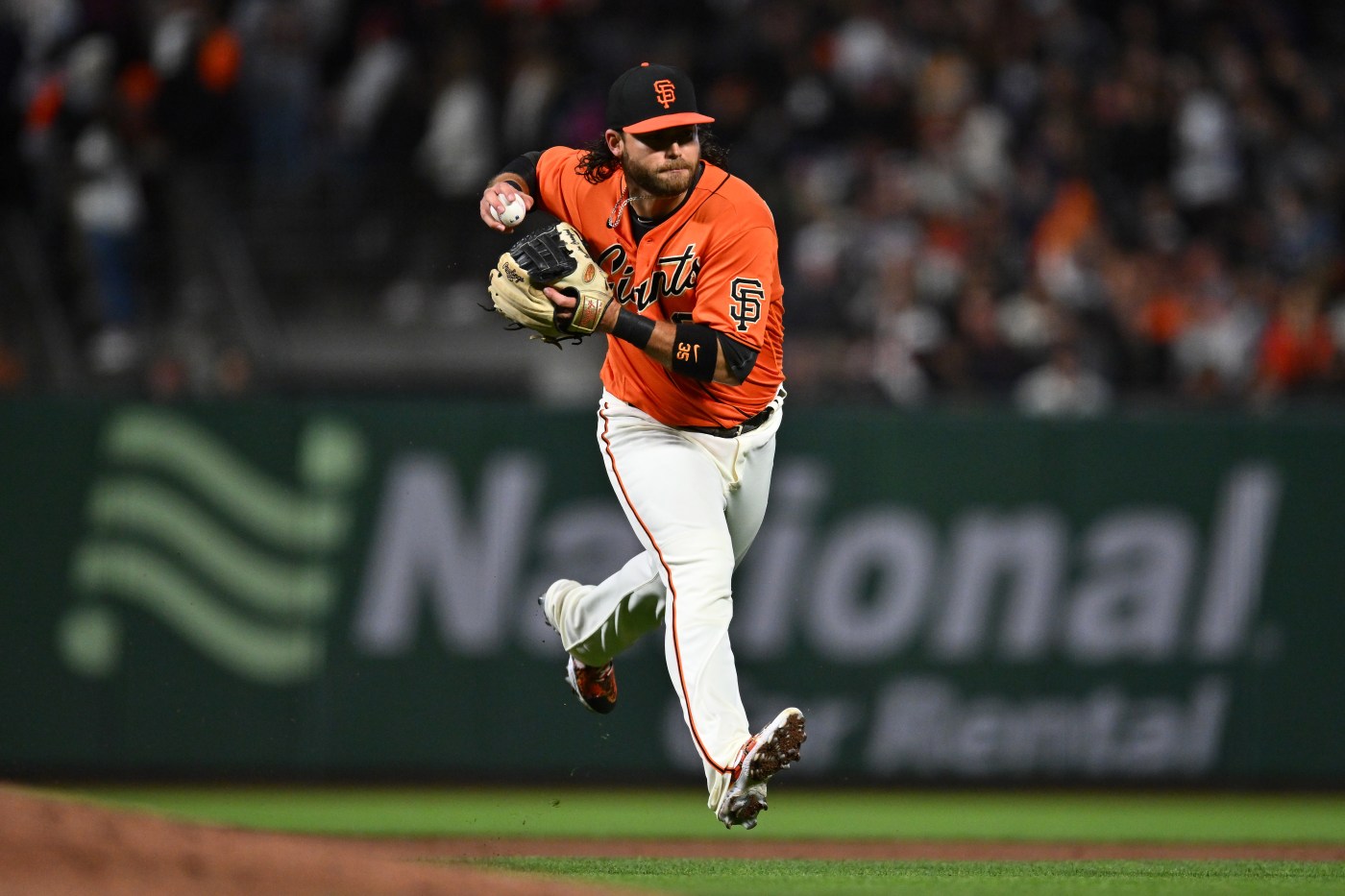 OAKLAND — The last time Brandon Crawford was fully healthy, the Giants were still in the thick of a playoff race.

It has been more than six weeks since Crawford banged his left knee sliding into home plate in Atlanta. Coming in the middle of an ultracompetitive series with the reigning champs, before it became clear Crawford would require not one but two stints on the injured list, it would have been easy then to imagine seeing the collision replayed during a potential playoff series.

Crawford returned to the Giants’ lineup Saturday in Oakland, along with Joc Pederson, but it is becoming increasingly likely that there will be no such series — not involving the Giants, at least.

The Giants’ postseason odds, according to FanGraphs, have fallen from 66% on June 21, the date of Crawford’s injury, to 3.4% entering Saturday’s game. They have gone from a half-game up in the wild card to seven games out.

Those slim chances likely hang on the production the Giants are able to get from their cast of injured veterans due back in the coming days. In addition to Crawford (left knee) and Pederson (concussion), Thairo Estrada (concussion) and Evan Longoria (hamstring) are expected to rejoin the club within the next week.

That means no more of rookie third baseman David Villar (optioned back to Triple-A) or fill-in shortstop Dixon Machado (designated for assignment) — and a more potent lineup. With Pederson leading off and Crawford batting sixth Saturday, that shifted LaMonte Wade Jr. and Tommy La Stella into the final two spots of the order.

“This is the deepest our lineup has been in a little while,” manager Gabe Kapler said. “With all our pieces back, it just feels like there’s more quality up and down the roster coming off the bench and in the lineup.”

The hope with Crawford is that the knee injury and his other ailments are behind him after spending five of the past six weeks sidelined. Although he returned briefly from an initial stint on the IL, Crawford said he felt the discomfort in his knee reappear by his second game back.

Kapler ejected as sinking SF Giants get swept by Dodgers

SF Giants should start to get healthier this weekend

By Kristen Rogers and Ashley Strickland | CNN Tonight’s sturgeon supermoon could have you dancing in the moonlight — the type that only happens three to four times per year. Named by the Native American Algonquin tribe after sturgeon fish that were more easily caught in the Great Lakes and other bodies of water during […]

Ask Amy: She hijacked our pet’s funeral with her unseemly drama

Dear Amy: We just learned that our beloved elder pup has a brain tumor that will end her precious life in the next couple of months. Sad preparations are being made to have her euthanized at home, and for someone to prepare a grave. I have notified people I know who will want to say […]

By Fares Akram and Joseph Krauss | Associated Press GAZA CITY, Gaza Strip — Israel unleashed a wave of airstrikes in Gaza on Friday, killing at least nine people, including a senior militant, and wounding dozens, according to Palestinian officials. Israel said it was targeting the Islamic Jihad militant group in response to an “imminent […]