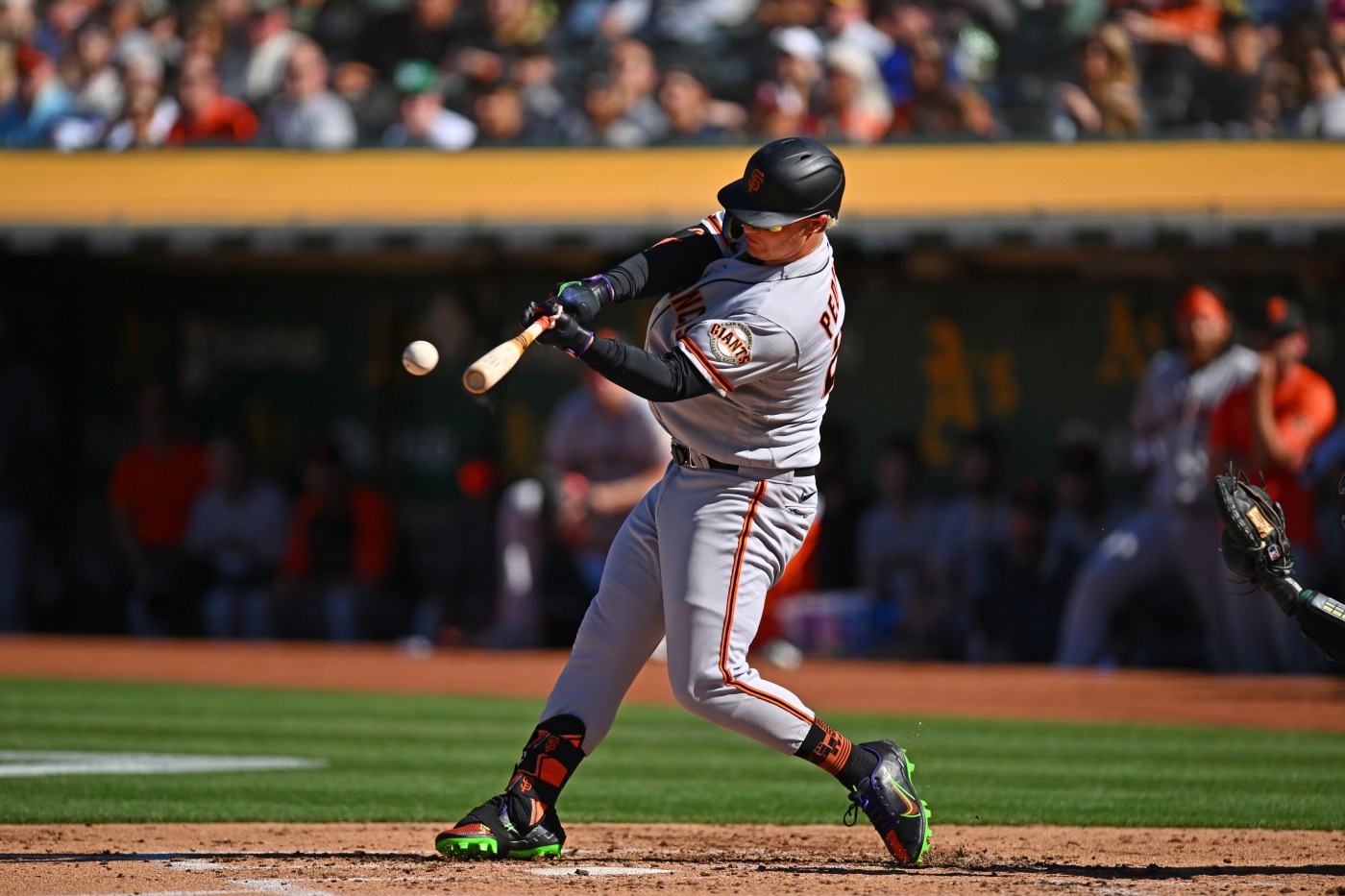 OAKLAND — The Giants rode back-to-back blasts to a win in the first game of the Bay Bridge series and their first victory in the month of August, six days since the calendar turned.

Apparently, there was no better cure for San Francisco’s woes than a meeting with its cross-bay rivals, as the A’s provided little resistance against a club coming off a four-game sweep at the hands of the Dodgers.

After never leading for more than an inning against the Dodgers, the Giants never trailed in a 7-3 win Saturday in front of the Coliseum’s largest crowd of the season (40,065).

Making his first start since the the Giants held on to him at the trade deadline, Carlos Rodón was far from dominant but limited Oakland to a lone run over 5⅓ innings. San Francisco spotted him an early lead with runs in each of the first two innings, before LaMonte Wade Jr. and J.D. Davis blew the game open with back-to-back home runs in the sixth.

It was clear many of season-high crowd, clad in orange and black, had made the trek across the Bay Bridge. It’s up for debate who had the longer commute: fans who made the trip from San Francisco, or the ball Davis launched to straightaway center.

Statcast measured the mammoth blast at 437 feet, the Giants’ fourth-longest homer of the season (and second only to Joc Pederson outside of the altitude-aided Coors Field). It was the second time Davis had gone yard in three games since coming over from the Mets in exchange for Darin Ruf at the trade deadline.

The Giants’ seven runs were their most in 16 games since the All-Star break, a stretch of baseball that features only four wins and has sunk them 6.5 games back of the wild card, even after Saturday’s game. All four wins since the break have come against clubs with winning percentages of .406 or below.

It was maybe the best game of the season from Wade, whose homer just before Davis’ knocked Oakland starter Adam Oller from the game and drove in Joey Bart, giving the Giants a 4-1 lead. Wade also led off the second with a double and scored the second run of the game on a single from Joc Pederson.

Battling injuries and swing troubles, Wade had recorded multiple hits in only two previous games this season, and Saturday marked his first with two hits for extra bases in the same game. The setting, perhaps, was fitting, as Wade delivered one of his most memorable performances from last year’s breakout in this very ballpark, with his ninth-inning pinch-hit home run off A’s closer Lou Trivino (since shipped off to the Yankees).

That homer, which came almost a year ago, on Aug. 21, 2021, was the Giants’ 13th by a pinch-hitter on their way to setting an MLB record with 18 for the entire season. It took until July for them to get their first pinch-hit homer this year. Davis, who entered for Tommy La Stella after the A’s lifted Oller …read more

California kids experienced the second-largest increase in depression and anxiety among U.S. states from 2016 to 2020 when the COVID-19 pandemic ushered in lockdown orders and school closures, a national child welfare advocacy group reported Monday. The Annie E. Casey Foundation’s 2022 Kids Count Data Book analyzing how children and families are faring nationally found that […]

Scott Baio hasn’t had the best few years, given the allegations that have come to light about his past misconduct. With all these, it’s easy to overlook that Baio was one of the most talented actors of the 1980s, 1990s, and to an extent, the 2000s. Baio starred in several hit projects throughout this career, […]

SANTA CLARA — Owens Corning has followed up on its disclosures from a year ago that it would close its Santa Clara factory with a revelation that the company will chop hundreds of jobs at the soon-to-shut plant. The maker of fiberglass, insulation and roofing products said in mid-2021 that it would cease operations at […]