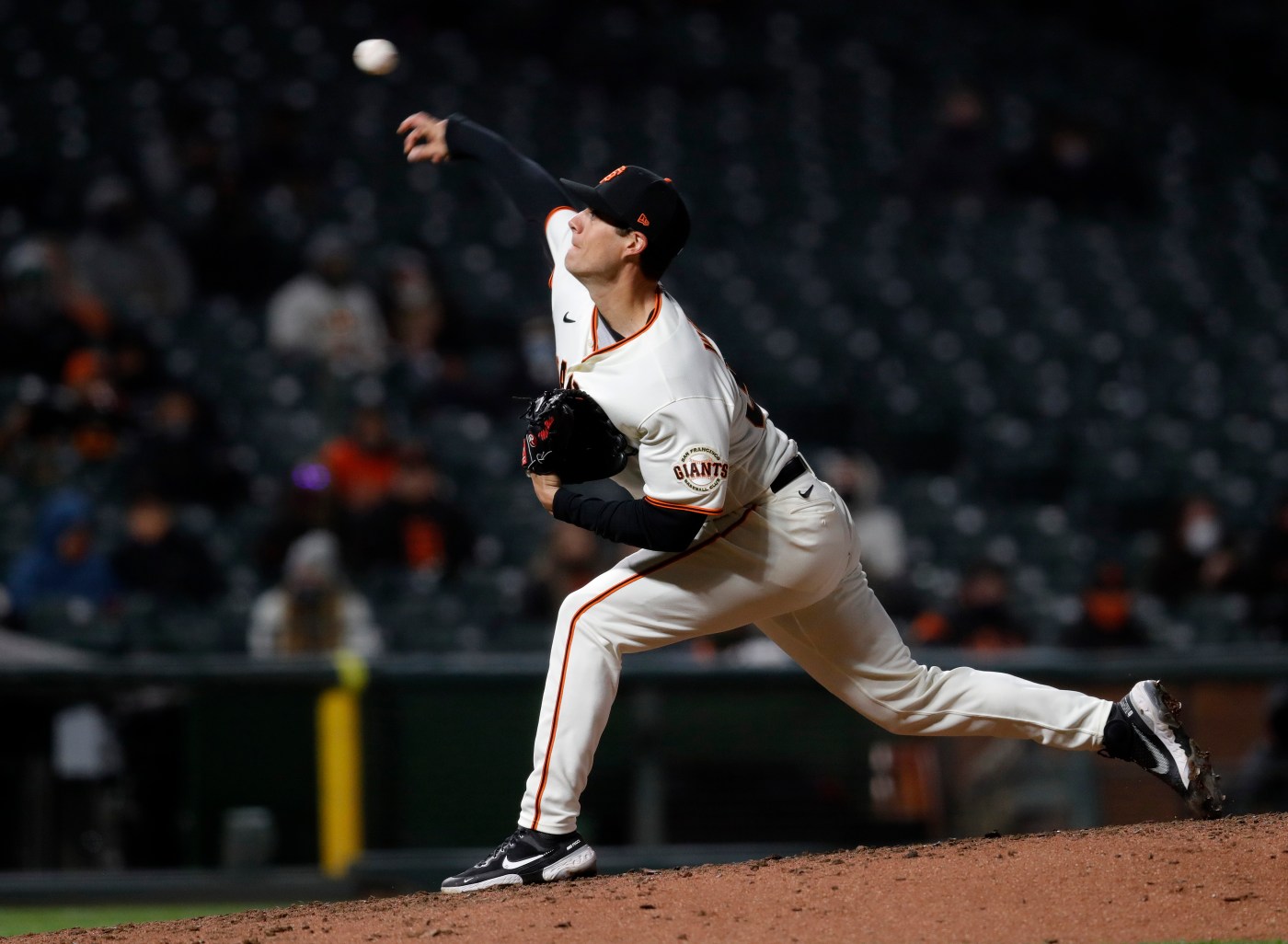 The San Francisco Giants have traded right-handed reliever Matt Wisler along with cash considerations to the Tampa Bay Rays in exchange for 24-year-old lefty Michael Plassmeyer, who will report to Double-A Richmond, according to a team press release.

The deal comes two days after Wisler was designated for assignment.

Plassmeyer, who has shown the ability to rack up strikeouts, has made seven appearances (three starts) for the Rays’ Double-A affiliate this season. In 29.2 innings, he’s punched out 33 batters and maintained a 3.64 ERA.

A 2018 fourth-round round pick of the Seattle Mariners out of the University of Missouri, Plassmeyer has shown strong potential in three minor league seasons. After pitching to the tune of a 2.25 ERA at the Low-A level in the Mariners’ system in 2018, Plassmeyer was traded to Tampa Bay where he shot through the minors. In 2019, Plassmeyer pitched at least one game in High-A, Double-A and Triple-A all while maintaining a stellar 1.91 ERA.

Plassmeyer’s expeditious climb through the Rays’ system was put on hold last year due to the cancellation of the MiLB season.

The Giants signed Wisler to a one-year, $1.15 million contract this offseason after he posted a career-best 1.07 ERA in 25 1/3 innings with the Minnesota Twins in 2020.

Hoping he could achieve the same success in the Bay Area, Wisler instead struggled immensely during his brief Giants tenure as he accumulated a 6.05 ERA in 21 appearances.

The Giants’ first game of a scheduled four-contest series against the Washington Nationals in Washington D.C. was postponed Thursday due to rain in the area, creating a Saturday doubleheader.

How SF Giants series against Nationals changes after Thursday’s postponement

A quick glance at the forecast for Friday shows a similarly rainy day.

The Weather Channel forecasts rain through 3 p.m. PT with a short two-hour window from 4-6 where the weather might subside. By 6 p.m. the rain is expected to resume.

The Giants’ game against the Nationals on Friday is scheduled to start at 4:05 p.m. with Anthony DeSclafani taking the mound for San Francisco and Nationals’ right-handed ace Max Scherzer expected to go for Washington.

By Michael Balsamo and Colleen Long | Associated Press WASHINGTON — During the last weeks of his presidency, Donald Trump and his allies pressured the Justice Department to investigate unsubstantiated claims of widespread 2020 election fraud that even his former attorney general declared without evidence, newly released emails show. The emails, released Tuesday by the […]

SACRAMENTO — A Northern California woman who set her sister’s dog on fire after the animals fought has been sentenced to seven years in prison, prosecutors said Friday. Petra Gabriel pleaded guilty in April to multiple charges including felony animal cruelty, the Sacramento County District Attorney’s Office said in a statement. Gabriel was arrested in […]

Pitts: Something is wrong in today’s America

A few words about the makers and the takers. That, as you may recall, was the formulation once favored by Fox “News” and other organs of the political right to describe the dynamic between those at the top of the economic pyramid and those at the bottom. The poor — characterized as scavenging animals by […]