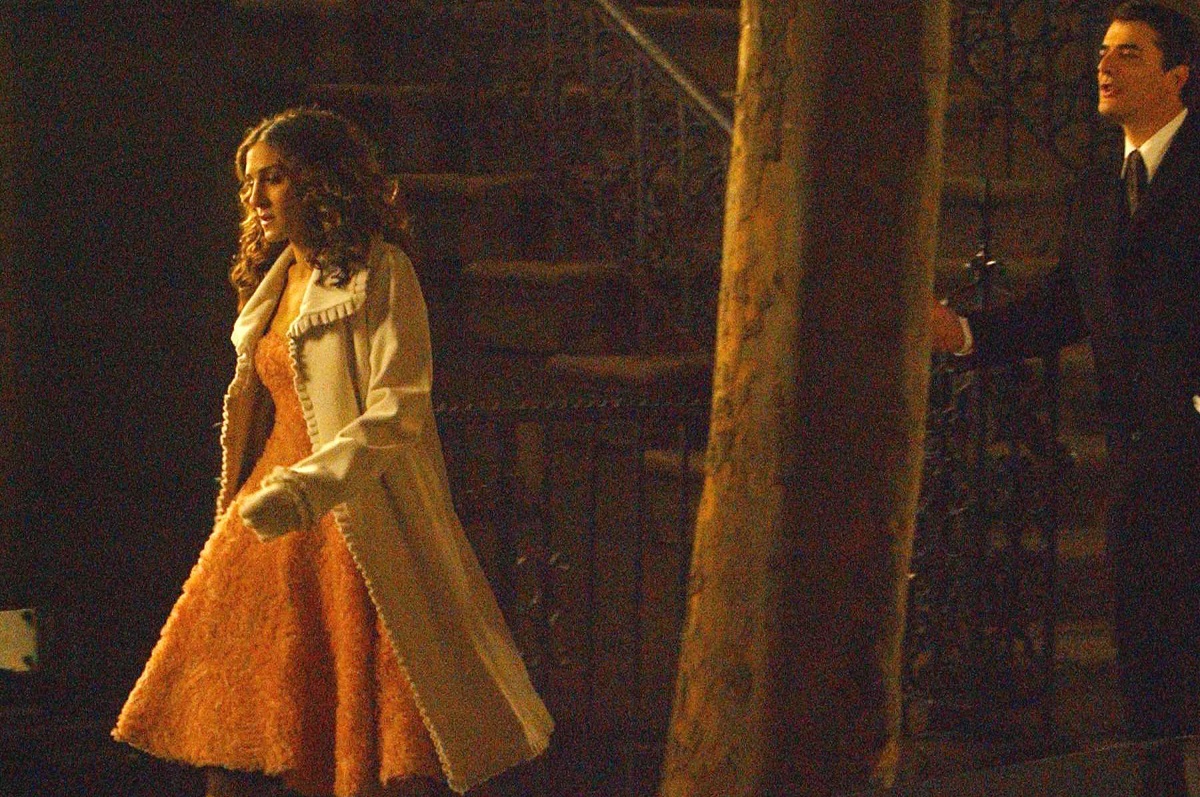 Despite dating several other men, Carrie seemed to hold out hope that Mr. Big would magically return, ready to commit. That was until the final season of Sex and the City. After Carrie met Aleksandr Petrovsky, she stopped taking Mr. Big’s calls, prompting him to fly in just in time to learn that she was

Sex and the City fans remain divided over Mr. Big, despite the fact that the character was killed off in episode 1 of And Just Like That…, the HBO Max reboot. Some fans believe he was the perfect counterpart to Carrie Bradshaw; others argue that Mr. Big was so awful to Carrie throughout the series that the couple should have never gotten back together in the final moments of the original series. It wasn’t always a sure thing that they would end up together. During the original series finale, Carrie delivered an impassioned speech that proved just how deeply Mr. Big’s behavior had negatively impacted her. Fans are divided on that speech, too. Some believe it was a cathartic moment, while others think the famed sex columnist overreacted. So, was it an empowering moment, or was Carrie unnecessarily cruel to her on-again-off-again beau?

Carrie and Mr. Big’s true romantic relationship seemed to end in season 3 after Carrie, and Mr. Big embarked on an affair that ruined his marriage and her long-term relationship. The former flames flirted with each other mercilessly, had phone sex, and even hooked up once or twice after that, though.

Despite dating several other men, Carrie seemed to hold out hope that Mr. Big would magically return, ready to commit. That was until the final season of Sex and the City. After Carrie met Aleksandr Petrovsky, she stopped taking Mr. Big’s calls, prompting him to fly in just in time to learn that she was moving to Paris.

After he tried one more time to win her back, Carrie snapped. Stood in front of her famed brownstone, she delivered an impassioned speech. She told Mr. Big, “It’s six years of never being different. But this is it; I am done. Don’t call me, ever again. Forget you know my number. In fact, forget you know my name. And you can drive down this street all you want because I don’t live here anymore.”

Some ‘Sex and the City’ fans think Carrie was totally justified

Carrie’s season 6 freakout wasn’t the first one she ever had. Carrie lost her cool with Mr. Big on more than one occasion. She lost her temper when he told her he was moving to Paris and didn’t want her to follow him. She screamed at him in the middle of a crowded restaurant when he revealed that he was marrying Natasha, and she got uptight with him during their sordid affair.

Carrie’s season 6 moment felt different than the rest. By finally telling Mr. Big how he had made her feel for so many years, she gave up the ghost of their relationship. It was a cathartic moment, argue some fans and one that would have been the perfect cap to their relationship. Mr. Big following her to Paris, despite Miranda, Charlotte, and Samantha’s blessing, just ruined what could have …read more

With Oakland A’s future uncertain, city to spend big on transit improvements around the proposed ballpark

OAKLAND — The billion-dollar question in Oakland – whether the A’s are actually moving into a new ballpark and building thousands of homes near the harbor – remains unanswered. In the meantime, the city wants to start spending $259 million in state grant money intended to support the roughly $12 billion proposed development at Howard […]

And Just Like That… season 2 is in production and has been for over a month. Carrie Bradshaw, Miranda Hobbes, and Charlotte York returned to the streets of New York City in late September. Since then, fans have been allowed to keep up to date with the filming process via Instagram. The official And Just Like That… Instagram has […]