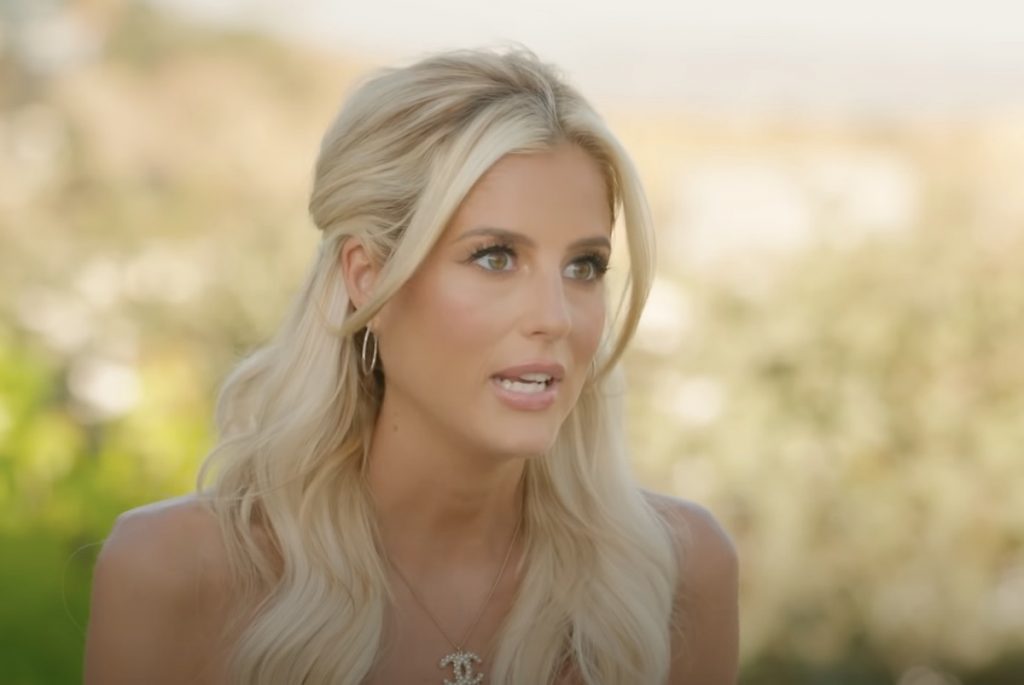 Sure, Selling Sunset is ostensibly about real estate.  But fans tune in for two main reasons: drama, and romance. And when it comes to the latter category, a major relationship just ended on the show.

Chrishell Stause and Jason Oppenheim have called it quits as of the season five finale. Could the budding relationship between another Oppenheimer Group agent and her client fill in the void anytime soon?

Emma Hernan was one of two new agents to join Selling Sunset for the fourth season. She had already worked with the Oppenheimer Group for three years at that point. Fans quickly noticed her natural charisma, so why did it take so long for her to officially get added to the cast?

ET Online reports that off-screen clashes with Christine Quinn had her “hesitant” to appear on-screen. Both shared varying stories about what exactly went down. It boils down to a confrontation over Hernan’s ex-fiancé, who also had a relationship with Quinn for a time. That made for some interesting season four drama for the show, but it appears to be a very real point of contention between the two off-camera as well.

That aside, Hernan was always a strong candidate for both her job with the Oppenheimer Group, and Selling Sunset. She has been a day trader since her teen years. She also owns and operates an empanada brand, Emma Leigh & Co. She also happens to be single — which makes for some exciting moments on the show. Enter: Micah McDonald.

McDonald, an entrepreneur, was looking for a home in Beverly Hills when season five of Selling Sunset was filming. Hernan was up to the task. She wasn’t looking for a romantic relationship at the time, and certainly not with a client, Bustle reports. That stance was tested when she hit it off with the easygoing McDonald.

The two went on a date, enjoying a mezcal tasting on-camera. After recurring flirty encounters throughout the season, they got even closer. The literally steamy finale has the two enjoying a date that ends with a dip in a hot tub.

It wasn’t the most drama-filled season of the show so far. These first steps between Hernan and McDonald ended up being one of the most talked about aspects of the season. But will this romance continue into the sixth season, or will Hernan’s past catch up to her?

Are Hernan and McDonald still dating?

Hernan refers to McDonald as “the full package,” according to Sportskeeda. They have similarities, as multi-business entrepreneurs who split time between Los Angeles and their home bases. She returns to Boston multiple times a year, while he always touches base with his family and business concerns in Texas.

The show doesn’t reveal much about her handsome new love interest’s businesses. He is a property developer, bar owner, and career investor. All that, alongside his easy …read more

Who Is Sarah Catherine Hook? Everything to Know About the ‘First Kill’ Star

Sarah Catherine Hook | Matt Winkelmeyer/Getty Images for Elle Sarah Catherine Hook studied music in college  According to Netflix recently premiered a new series called First Kill, which tells the story of vampires and vampire hunters. In the midst of the supernatural happenings is a romantic relationship between two teenagers. One of the stars of […]

In a powerful warning Thursday, the patron saint of the conservative legal movement, former federal appellate Judge J. Michael Luttig, testified before the Jan. 6 Committee and pronounced former President Donald Trump and his allies a “clear and present danger” to American constitutional democracy. As Luttig knows better than most, this historic phrase generates an […]