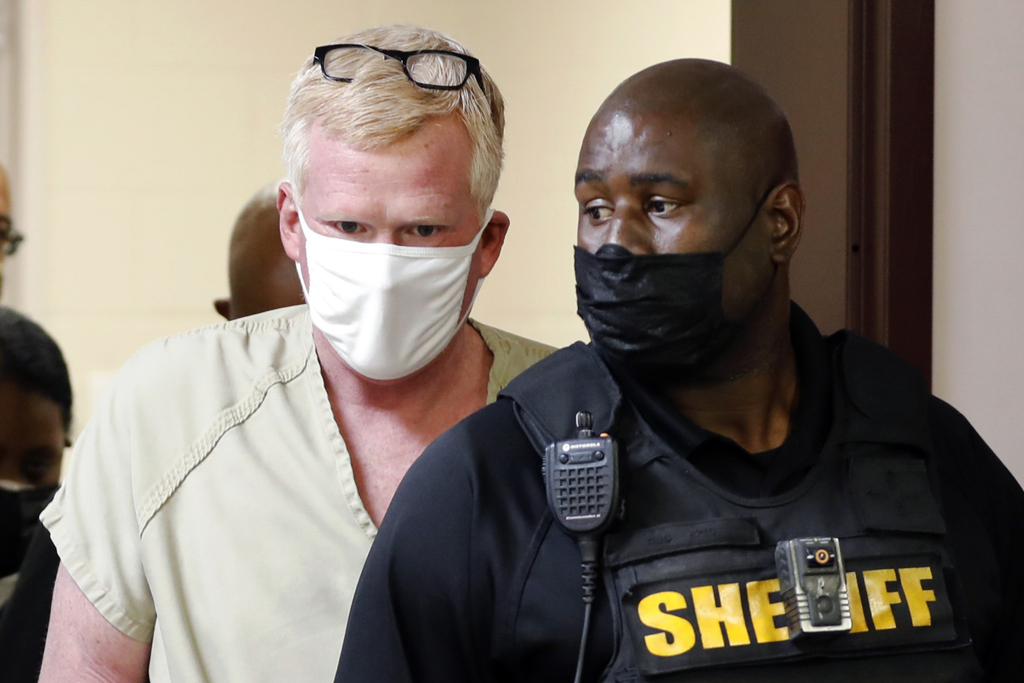 COLUMBIA, S.C. — A prominent South Carolina lawyer has been charged with stealing insurance settlements meant for the sons of his late housekeeper that a lawsuit said total more than $4 million, state police said Thursday.

Alex Murdaugh was arrested at a drug rehab facility in Orlando, Fla., where his attorneys said he has spent the past six weeks since claiming he was shot in the head on the side of a lonely road near his home, authorities said.

The arrest is the latest development in six state police investigations into Murdaugh, including the deaths of his wife and son, millions of dollars missing from the huge law firm founded a century ago by his great-grandfather and trying to arrange his own death so his surviving son could collect on a $10 million life insurance policy.

Murdaugh told Satterfield’s sons at her February 2018 funeral that he would get insurance settlements for her death and take care of them, according to a lawsuit filed by the sons. Murdaugh managed to secure more than $4 million from his insurers, but he only told the sons about a $500,000 settlement and then never sent them a dime, the lawsuit said.

Murdaugh took the settlement money by creating a fraudulent bank account with a name similar to a legal consulting firm that handles settlements, the lawsuit said.

Satterfield’s family called it a bittersweet day in a statement released by their attorneys.

“Avarice and betrayal of trust are at the heart of this matter,” lawyers Eric Bland and Ronald Richter said in their statement.

The Murdaugh family told the sons their mother tripped over the family dog and died weeks later from her lingering injuries. The death was never reported to the Hampton County coroner, who asked state police to investigate why she was not called to review what she would consider an accidental death.

The sons also took Murdaugh’s advice to hire attorney Cory Fleming to be executor of their mother’s estate without telling them Fleming was a longtime friend, old college roommate and godfather to at least one of Murdaugh’s sons.

The law licenses of both Fleming and Murdaugh have been suspended as the investigations continue.

Murdaugh is being held at the Orange County jail in Florida to await extradition, investigators said. His lawyers promised at a bond hearing on different charges last month that Murdaugh would return to South Carolina without a fight if charged with additional crimes.

Murdaugh’s lawyers said in a statement that he “intends to fully cooperate with this investigation, as he has with the investigation into the murder of his wife and son. He deeply regrets that his actions have distracted from the efforts to solve their murders.”

The deaths of Murdaugh’s son and wife at their Colleton County home in June remain unsolved. Murdaugh said he found Maggie Murdaugh, 52, and their son Paul, …read more

‘Sex Education’ Is ‘Not the Real World’: ‘We Wanted to Try to Transcend Time’

Netflix’s Sex Education, the 2019 teen comedy centered around the escapades of Otis Milburn, played by Asa Butterfield, is set in the British countryside, yet it feels distinctly American. While it features a British cast attending Moordale High, the students engage in American football, and there are numerous references to American pop culture.   Still, the […]

Nicole Maines, Mechad Brooks, Melissa Benoist, and Azie Tesfai | Photo by Amy Sussman/Getty Images DC FanDome 2021 will show a special ‘Supergirl’ farewell tribute The Supergirl actors If you’re getting sentimental about Supergirl coming to an end after six seasons, it looks like you’re not the only one. The CW show about the Girl […]