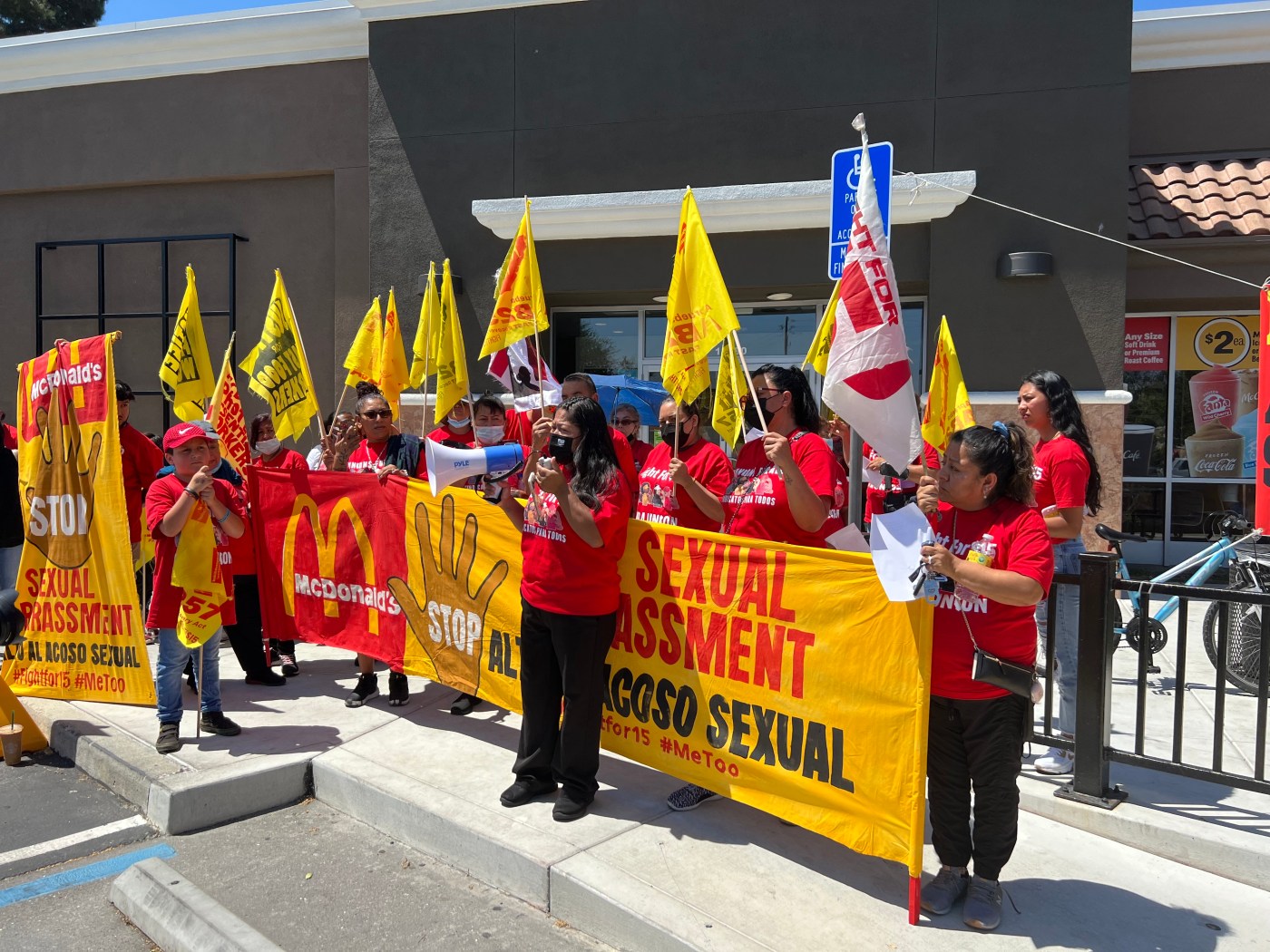 “After participating in a sexual harassment investigation, McDonald’s retaliated against me by reducing my hours and then terminating me,” Chapas said in the draft complaint, obtained by The Mercury News.

Chapas alleges the sexual harassment started in January when a male coworker started offering to buy gifts for her and her children, to give her money and buy her something nice for Valentine’s Day. He also allegedly touched her arms and asked to see her hands while working.

“After initially being polite, I soon told him to stop spending any money on me or my kids. Nevertheless, he persisted, and I began to feel very uncomfortable,” Chapas said in the draft complaint.

After she asked a coworker to borrow some money, she found out her alleged harasser told her friend he’d give Chapas the money if she went to a hotel with him. He also followed her to the women’s bathroom, and Chapas said she felt like he was stalking her.

She reported the behavior to her shift manager in February, and several days later local store management and the human resources manager met with her in the restaurant’s lobby to hear her side of the story.

After she reported the harassment, Chapas said her hours were cut by at least one hour per day, and when she asked for more hours, her request was denied.

Three weeks later, she was suspended from working for one week after allegedly taking too long on a 10-minute break. She was fired after she returned to work, and management cited her taking too long on break as reason for her termination.

About 30 members of the Fight for 15, a global labor movement representing underpaid workers, held a rally Thursday afternoon to support Chapas. The group marched through the store with signs that read “Stop Sexual Harassment.”

This is not the first complaint at this location. Earlier this year, two employees filed complaints with the San Jose Labor Commission alleging they were not paid sick leave. One employee was a breast cancer survivor who had been diagnosed with liver cancer.

This news comes as fast food workers across the state are speaking out against sexual harassment and other systemic issues in the industry in support of the FAST recovery act, or AB 257.

The measure would create a statewide fast food sector council that would include workers and government and industry representatives to set minimum health, safety and employment standards across California.

Hanson: The consequences of the disappearing American worker

4 things we learned at Chicago Bears training camp, including a tampering reminder on Roquan Smith and a new position for Teven Jenkins

The Chicago Bears returned to the practice field Monday morning for the first time since Saturday’s preseason opener, and Teven Jenkins was at a new position. Last year’s second-round draft pick lined up at right guard, but it will be difficult for coaches to assess how he looked as players were in helmets and shells […]

The Yankees are playing catchup for the first time in months

BOSTON — It’s been a long time since the Yankees woke up chasing another team, but that is what happened Friday morning. Having lost seven of their last eight games, while the Bombers were off on Thursday,  the Astros passed them for the best record in the American League. So, the Yankees, who begin a […]

The Director That Tom Hardy Once Rubbed the Wrong Way

Tom Hardy | Dave J Hogan/Getty Images In 2008, Oscar-nominee Tom Hardy was cast as the titular character in the critically acclaimed biographical film Bronson. The movie followed real-life prisoner Charles Bronson who was once known as Britain’s most violent criminal. Getting the cast right for Refn’s project proved to be a challenging ordeal for […]