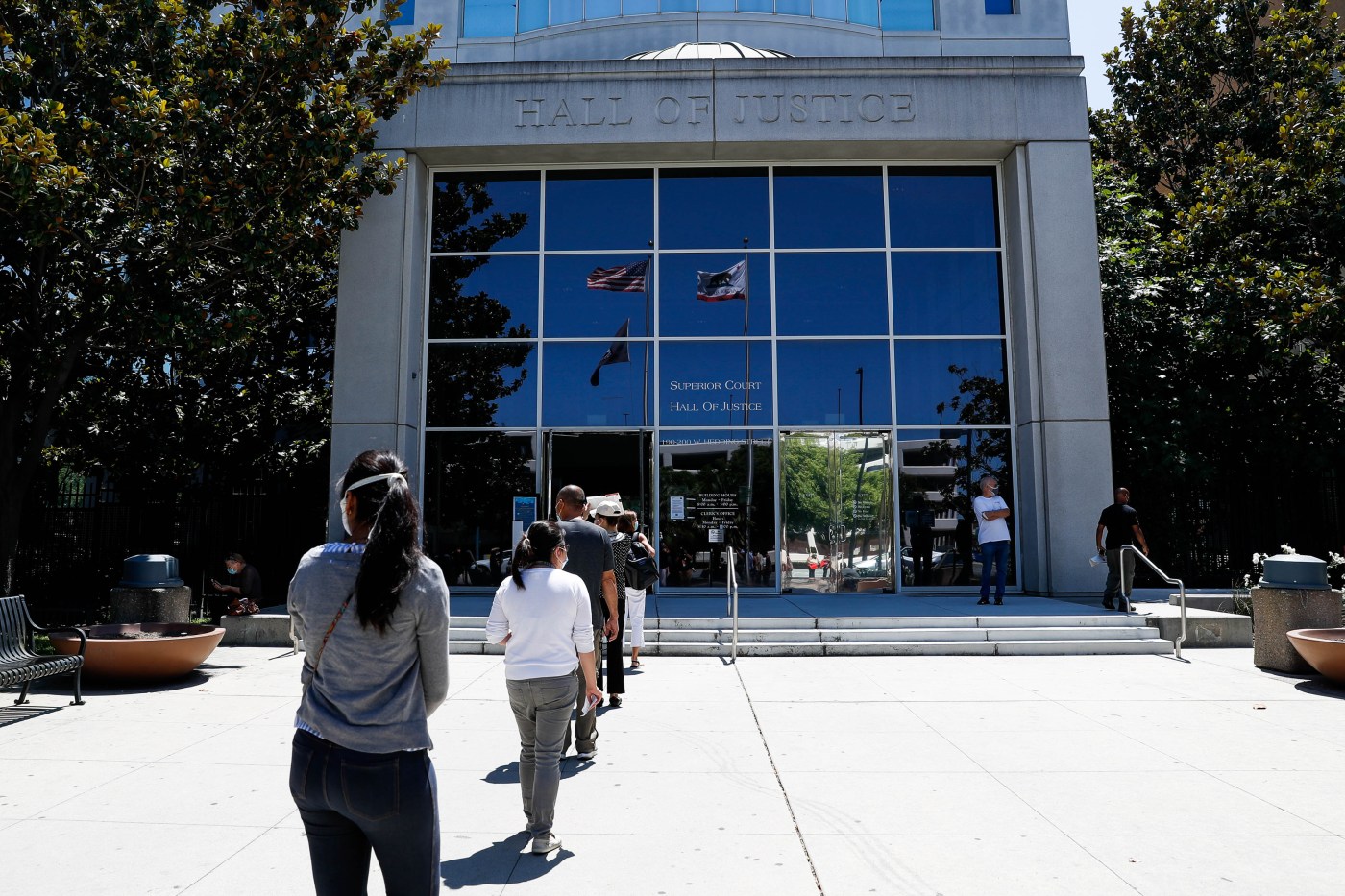 Public access to Santa Clara County’s civil and traffic courts are being reduced indefinitely to maintain operations at the Palo Alto and Morgan Hill courthouses, a decision the Superior Court made after the sheriff warned that a staffing shortage was forcing her to pull deputies from court security posts.

This week the court began rescheduling traffic hearings scheduled between June 13 and July 1, and starting July 5, hearings will be relocated from the traffic courthouse in Santa Clara to two courtrooms at the Hall of Justice in San Jose. The clerk’s office for traffic court will be closed for the foreseeable future, though the payment dropbox will be serviced.

In-person civil court hearings at the downtown courthouse and Old Courthouse, both on North First Street in San Jose, will be held remotely online, except for hearings in four courtrooms and any active jury trials.

The abrupt curtailing of access to some of the busiest courts in the county stems from a memo that Sheriff Laurie Smith sent to the Superior Court administration on May 27 in which she urged the court to temporarily close the Palo Alto and Morgan Hill courthouses because her office was relying entirely on overtime shifts to fulfill their security obligations.

In that memo, Smith gave the court a June 13 date for when she would reassign her court deputies, who perform bailiff and entrance security duties, to the Hall of Justice. The memo caused a rift in which the court, led by Presiding Judge Theodore Zayner, and other criminal-justice agencies flatly rejected the idea of shuttering the facilities, which had just reopened after lengthy pandemic-induced closures.

Talks ensued between Smith’s office, the court officials, and county executives to figure out a way to keep those courthouses — which serve the northern and southern reaches of the county — operating rather than cram across-the-county residents inside a single courthouse in San Jose.

It is now clear that the tradeoff of keeping those courthouses open was limiting access to civil and traffic courts. As of now, there is no clear end to the reductions, which Zayner described as “modest temporary adjustments in court operations due to current levels of security staffing.”

“We hope this situation will stabilize and allow us to avoid more significant disruptions to court operations,” Zayner wrote in a statement provided to this news organization.

For people who have court matters but don’t have the means for reliable access to online and video hearings, the court said in a statement that “judges retain authority and discretion under the law to set matters for in person appearances and continue matters as necessary.”

The range of people affected and the impact of this change, especially with no sunset date, cannot be overstated, said Steven Clark, a legal analyst, criminal defense attorney and former county prosecutor. By the court’s own estimate, the traffic court division handles more than 500 arraignments each week.

“You can’t just cut people’s rights off, or make that difficult to do,” Clark said. …read more

WALNUT CREEK — Hammer-wielding looters smashed jewelry cases at Macy’s in Walnut Creek during morning open hours, police said, terrifying shoppers and employees before fleeing with high-end watches. No one was injured during the robbery that began at 10:48 a.m. when three men in hooded sweatshirts and masks entered the Macy’s at Broadway Plaza. They […]

Ready for a picture-perfect early summer weekend? We sure are, and we have some pretty awesome ideas along those lines, from great shows to the amazing new Eataly to the famed Obama portraits. And if you’re going out to a show, museum or a meal, be sure to check the venue or restaurant website for […]