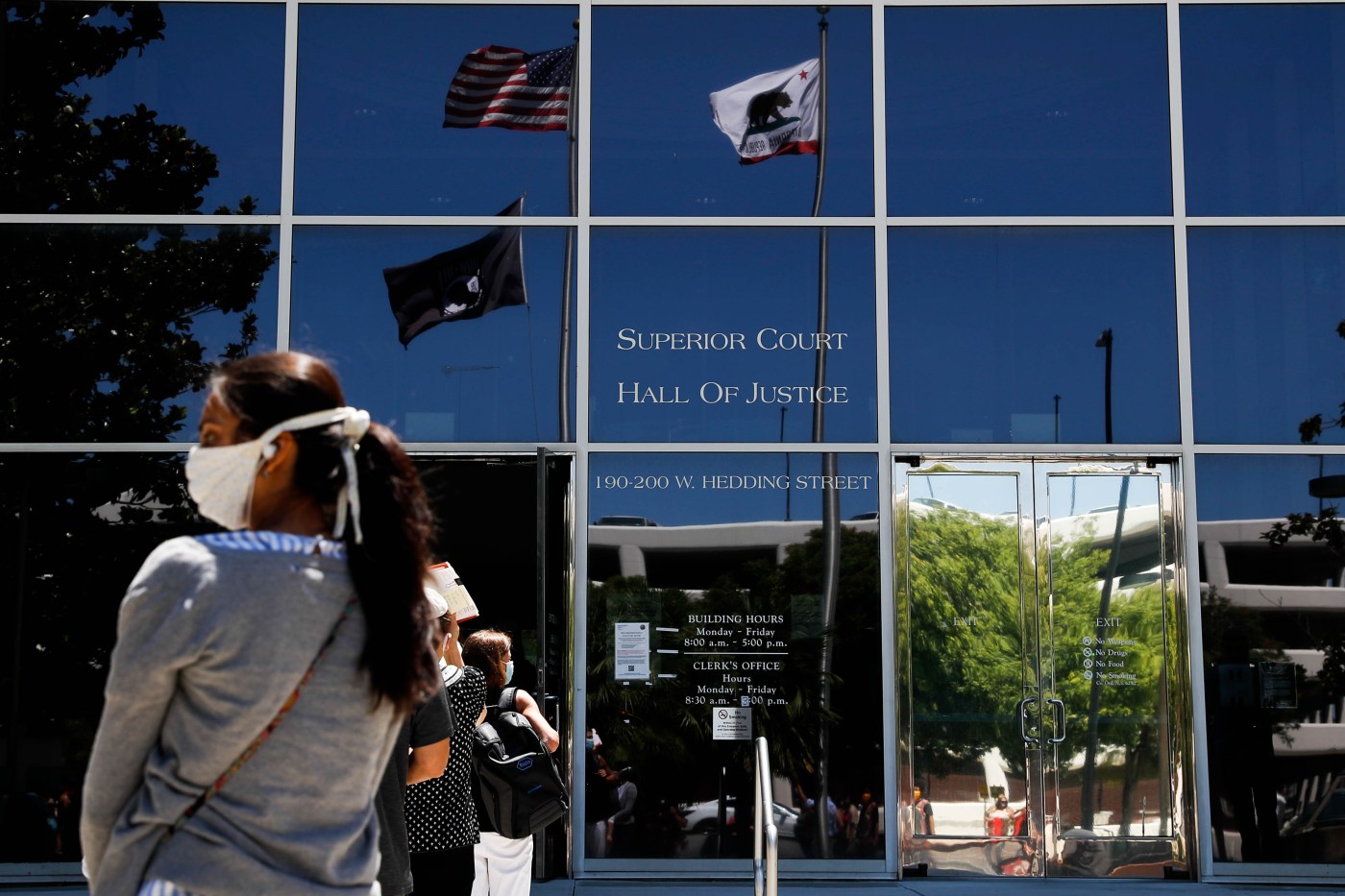 The Santa Clara County Superior Court announced Wednesday that it is closing public counters and restricting courthouse entry through the end of the month because of staffing absences driven by the rapidly spreading omicron variant of COVID-19.

The decision to decrease the public’s access to South Bay court facilities is effective through Jan. 31, by which point officials plan to reevaluate whether to rescind or modify the restrictions. Part of that deliberation is presumably tied to whether the current omicron-fueled winter surge of COVID-19 infections will have peaked and begun to subside.

This marks at least the third large-scale order in Santa Clara County to restrict court access. Courthouses across the state were largely shuttered in the first few months of the pandemic and began widely installing teleconference and videoconference lines to maintain some level of court access. Continued fidelity to those systems, though, has varied from county to county as subsequent COVID-19 waves crested and fell.

One distinction that the court is noting this time around is that virus-protection and distancing measures in the courthouses themselves are not at issue, emphasizing that staff availability is spurring the diminished access.

“Our court is experiencing a significant number of employee absences, creating staffing shortages across all departments of the court,” Zayner said in a statement. “We are hopeful that these circumstances are transitory and will frequently reexamine conditions as we continue to serve the public through the pandemic and the current omicron variant surge.”

A court news release also stated that the judiciary “will postpone and reschedule court dates, as necessary, to accommodate those who are ill due to COVID-19.”

Those who stand to be centrally affected by the court restrictions include people who need to go to the clerk’s office to research and obtain copies of court files required for a variety of tasks including job applications and legal defense, people who attend court to support family members through the criminal-justice process, and advocates who provide support for indigent defendants and their families.

Other Bay Area counties have implemented varying levels of closures and court restriction under the cloud of omicron, which scientists have estimated is as much as three times more infectious than the delta variant but has produced less severe illness.

In San Mateo County, court officials have shifted many non-criminal hearings from in-person to Zoom, and have consolidated preliminary hearings to court facilities in Redwood City, meaning people who had hearings set for South San Francisco will have to relocate. That arrangement lasts at least through Friday.

MTV‘s The Real World Homecoming: Los Angeles producers intervened because tensions in the house became worrisome after Tami Roman and David Edwards’ fight spiraled out of control. The dispute began over Edwards’ reaction to a conversation about racism. Roman called out two white cast members for using the N-word, while Edwards, who is Black sat […]

Skip Vanderbundt still remembers the strange phone call he received almost 30 years ago. The onetime 49ers linebacker had long since retired and was relaxing in his Sacramento home one evening, even letting his mind drift to watching the upcoming 49ers’ playoff game against their bitter rivals, the Dallas Cowboys. Suddenly, his phone started ringing. […]