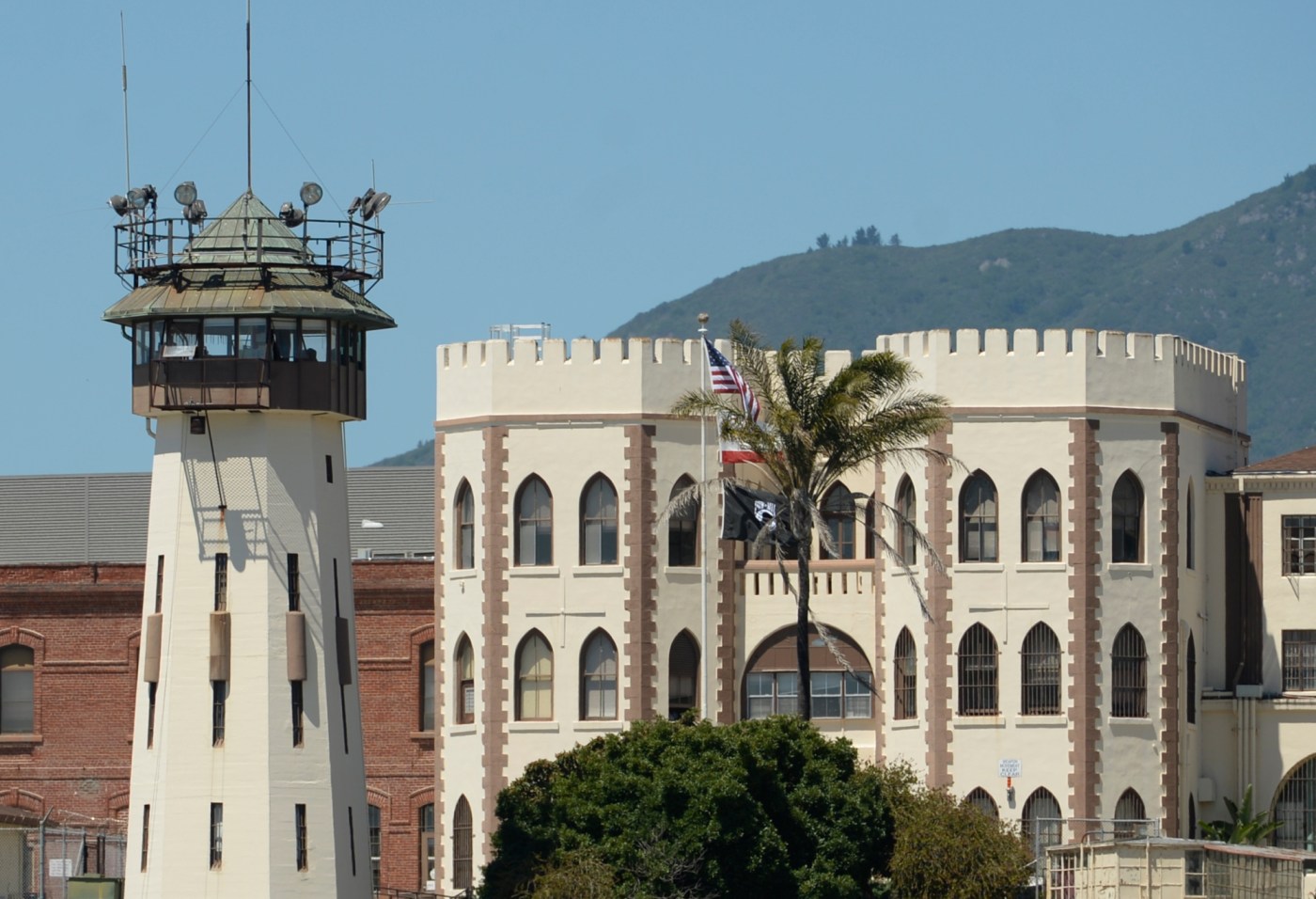 California state prisons, including San Quentin, have been placed on a 15-day lockdown hoping to stem the tide of staff and inmate COVID-19 outbreaks.

The prison reported six active cases among inmates and 73 among staff in last two weeks, according to California Department of Corrections and Reform data released this week. Only 17% of inmates have been tested in that period. Testing information on prison staff was not available.

The lockdown, which began Sunday, is designed to limit movement between and through institutions.

San Quentin spokesman Lt. Samuel Robinson said all movement was being limited to essential shifts, using quarantine, testing and isolation to manage transfers between and throughout institutions and facilities. In-person and family visits have been temporarily suspended statewide.

Health care services will be limited to essential clinical services. Dayroom and canteen activity and phone calls are permitted with physical distancing. Only one housing unit will participate in recreation at one time, he said.

Meals, educational courses and religious programs are brought directly to inmates’ housing units. Legal library services are modified and urgent legal visits must be conducted by phone, although the Board of Parole Hearings will continue with attorney contacts and psychological assessments, Robinson said.

At the prison, 91% of inmates and 66% of correctional staff are vaccinated, he said. The California Department of Public Health has ordered staff and incarcerated workers in health care settings to be vaccinated as of Aug.19, and boosted as of Dec. 22, but state corrections staff have fought the mandate despite a federal judge’s order for a mandatory vaccination plan, according to the Public Policy Institute of California, a non-partisan think tank.

“It’s really testimony to how effective the vaccine is that we’ve seen so few cases among inmates … with a variant that we know is so much more contagious,” said Marin County Public Health Officer Dr. Matt Willis of the higher case rate among staff compared to inmates.

The prison drew national attention at the start of the pandemic after an outbreak connected to botched institutional transfers spawned more than 2,000 cases and killed 28 people in 2020.

Willis pointed to two key changes – “the institutional changes that took place and the lessons learned, and the fact that inmates chose to be protected by the vaccine” – as reasons why the case rate during the current omicron surge was noticeably lower among inmates than in 2020.

”It’s lamentable that vaccination rates are so low among (prison) staff, but it’s reassuring to see that rates among staff are not leading to anywhere near the case numbers that we saw before, prior to vaccines,” Willis said.

“I wouldn’t be surprised to see more cases across the board,” he said, due to the proximity of people living and working together. Still, he said, so far, no inmates have required medical care or a trip to the hospital due to infection.

Alana Haim | Theo Wargo/NBC/NBCU Photo Bank via Getty Images Alana Haim rose to fame as a member of HAIM In the late 2000s and early 2010s, the members of HAIM worked hard as independent musicians to get their name out there. They opened for the likes of Kesha and released their debut album Days […]

‘90 Day Fiancé’: All of the Red Flags in Caleb and Alina’s First Meeting