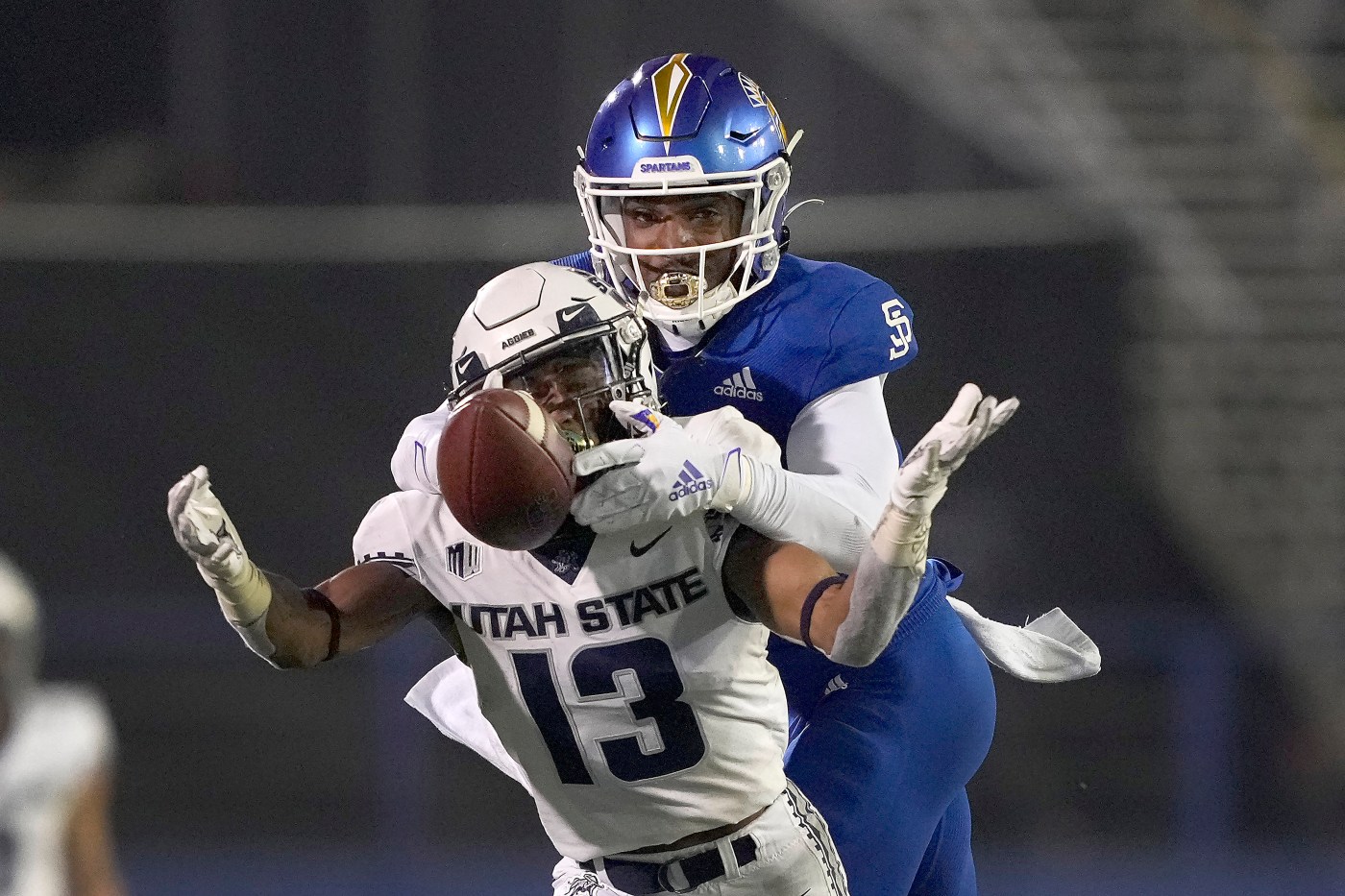 San Jose State has a lot on its plate Thanksgiving Day at CEFCU Stadium.

Not only is the Battle of the Valley Trophy up for grabs for an eighth time, but the Spartans (5-6, 3-4 Mountain West) find themselves in desperate need of a victory in the regular-season finale against rival Fresno State to become bowl eligible.

The problem is the Bulldogs (8-3, 5-2) also don’t lack for motivation, considering a victory will secure the Mountain Division title and a spot in the conference championship game – as long as Boise State defeats No. 22 San Diego State on Friday.

The Spartans, who closed out their 2019 campaign with a win over the Bulldogs, look forward to the challenge after last year’s matchup was canceled due to COVID-19 complications.

At least 19 players are scheduled to participate in Senior Day pregame activities, including quarterback Nick Starkel, who missed five games in October with what’s believed to be a broken collarbone.

The SEC transfer is in his sixth and final year of eligibility, and is not ready for his collegiate career to come to an end.

“That’s a real thing for all of our seniors,” Starkel said. “It means a lot to us. I know that I’m not just speaking for myself when I say that this game really is the most important game that I’ve ever played in, just because of all the implications behind it.”

If San Jose State hopes to play in back-to-back bowl games for the first time since 1986-87, here are a few keys to victory on Thursday:

San Jose State ranks dead last in the Mountain West in both turnover margin and time of possession.

Starkel’s absence in part is a reason the Spartans are still fighting to keep their season alive, although he has thrown an interception in every game he’s played and only completed 53 percent of his passes. The running game was stuffed for 12 yards on 22 carries in the most recent – and lopsided – loss, 48-17 against Utah State.

Going into the bye week, Starkel already formed a game plan for practice.

The Sharks’ game Friday with the New York Rangers will be their first against Barclay Goodrow since they traded him to the Tampa Bay Lightning in Feb. 2020. It’s not a stretch to say the trade changed Goodrow’s life. He won two Stanley Cup championships with the Lightning in 2020 and 2021 before he signed […]

Pete Davidson or Machine Gun Kelly: Which Best Friend Has the Higher Net Worth?

Pete Davidson | Angela Weiss/AFP via Getty Images Pete Davidson net worth: $8 million Pete Davidson has a net worth of $8 million, according to Pete Davidson and Machine Gun Kelly have had an adorably close friendship for years. They have supported each other, done joint interviews, and worked on several projects together. But which […]

‘Chicago P.D.’ Season 9: How Many Episodes Are in the Season?

Fans are anxious to see what happens next in Chicago P.D. Season 9. This season has focused heavily on Hailey Upton and Hank Voight’s secret about killing Roy Walton. But there’s still plenty more storyline fans want to see from Hailey Upton, Jay Halstead, Kim Burgess, and Adam Ruzek. So, how many episodes are in […]