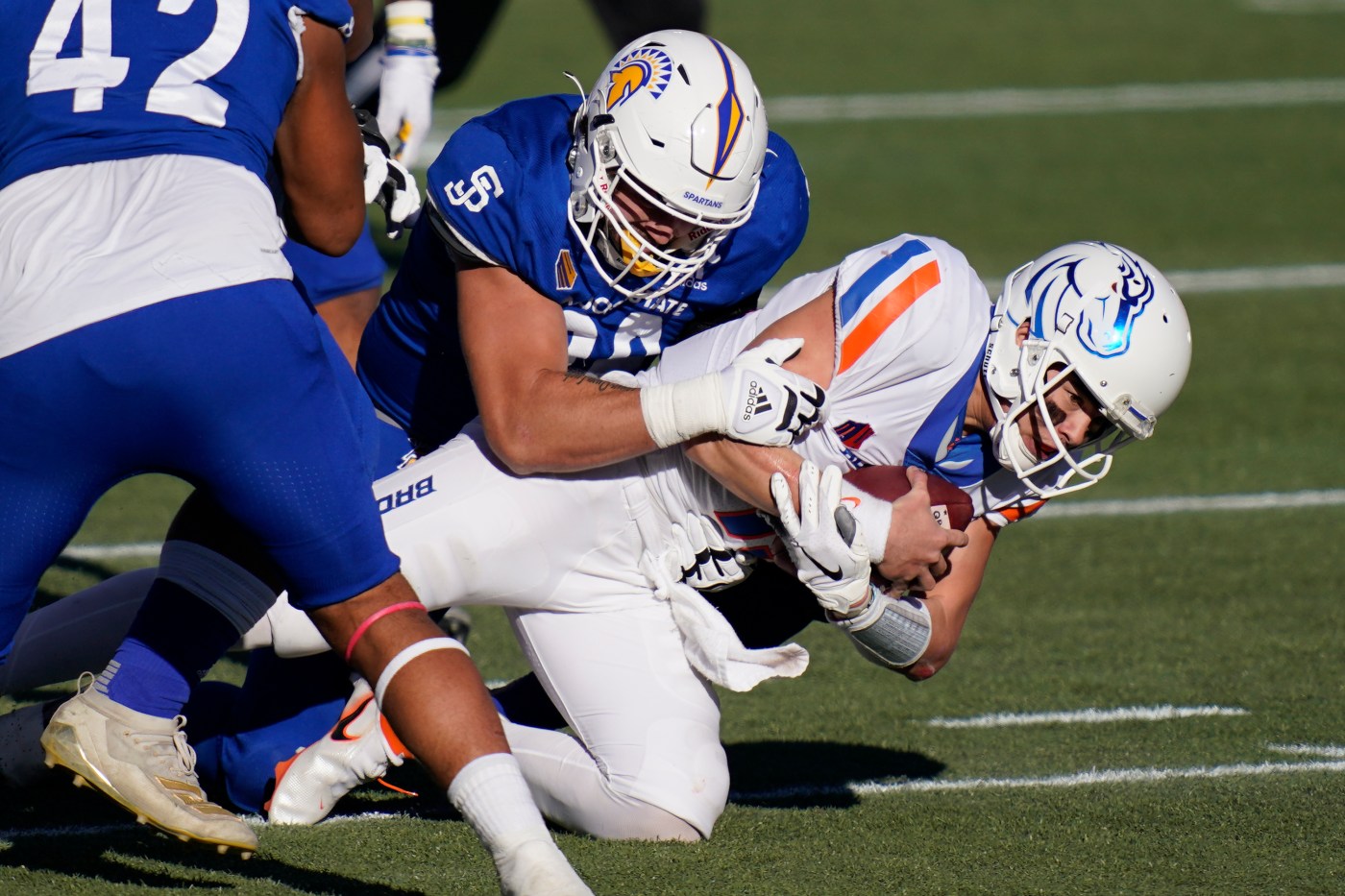 The accolades continue to roll in for Hall, an All-American last season and the Mountain West’s defensive player of the year. The three-year starter — and product of San Jose’s Bellarmine Prep — was named last week to the preseason watch list for the Chuck Bednarik Award, which honors the top defensive player nationally.

Hall, Fehoko and Snyder all earned first-team all-Mountain West honors following last season, in which the Spartans went undefeated in regular-season play and captured their first Mountain West crown. Hall, who led the Mountain West with 10 sacks, was the first Spartan to earn the conference’s highest defensive honor.

Senior linebacker Kyle Harmon, who was named first-team all-Mountain West after last season, did not appear on the 2021 preseason team.

The Spartans were also edged by the Wolfpack for the West Division in the media’s preseason poll.

OAKLAND — Two men were hospitalized after separate injury shootings in East and West Oakland neighborhoods, authorities said Tuesday. At 10:56 a.m., a 70-year-old man was walking in the 900 block of Brockhurst Street just west of San Pablo Avenue in the city’s Hoover-Foster neighborhood when at least one suspect approached and confronted him. After […]

By Lisa Mascaro and Kevin Freking | Associated Press WASHINGTON — Senate Republicans expected on Wednesday to reject an effort to begin debate on a bipartisan infrastructure deal that senators brokered with President Joe Biden, though supporters are hoping they’ll get another chance in coming days. Democratic Senate Majority Leader Chuck Schumer scheduled a procedural […]