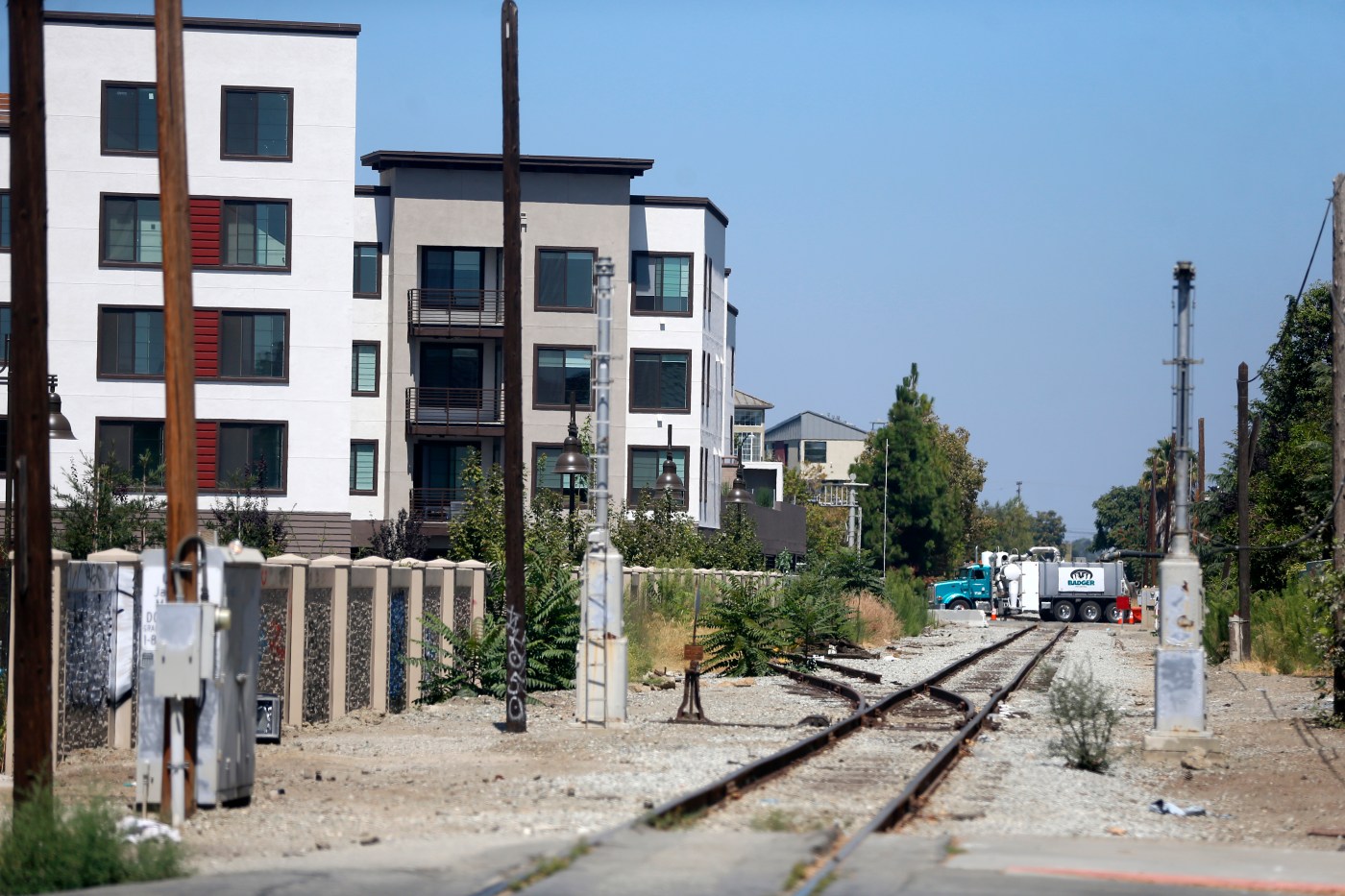 San Jose residents who have been jarred awake in the middle of the night for several years now by trains blaring their horns through downtown neighborhoods can finally get a peaceful night’s sleep.

On Tuesday, the city announced a partial “quiet zone” along the Warm Springs Union Pacific Railroad corridor — a 1.8-mile stretch that will run from the crossing at Montgomery Street near Diridon Station past the Japantown and Hensley neighborhoods and to Horning Street.

That means trains won’t be able to sound their horns between 10 p.m. and 7 a.m., except in emergencies.

Chris Wemp, who lives near the tracks, said he was able to sleep through Tuesday night without worrying about being woken up.

“It was a real shift to be able to go to sleep with the peace of mind that there’s not going to be a 100-decibel horn outside the window,” he said.

The “quiet zone” has been several years in the making after Union Pacific Railroad trains started blasting their horns in the middle of the night in February 2019, causing an uproar among residents who lived along the tracks.

At the time, Union Pacific had increased the number of trains traveling through San Jose and decided to run the trains at night to reduce idling locomotives.

As a result, the city briefly debated whether to sue Union Pacific on the grounds that the trains had to blare their horns because the company failed to keep people away from its tracks and hadn’t kept the corridor free of blight and trash.

The city ultimately declined to take legal action, but the complaints compelled the railroad to conduct an extensive cleanup along the tracks for the first time in years.

In the meantime, San Jose started pursuing the establishment of a “quiet zone.” Under federal law, trains are required to sound their horns at crossings unless cities can meet certain requirements for creating a “quiet zone,” like installing warning signs and bells at crossings.

In recent months, the city has added new signage, striping and plastic posts at intersections where the tracks run through local streets.

Assemblymember Ash Kalra (D-San Jose), who submitted a state funding request to aid its completion, said in a statement that he was “so glad to see a quiet zone finally become established after years of advocacy from impacted residents.”

“After a collaborative, multi-year effort, this project will bring much-needed peace to the neighborhood and make the community more welcoming for future residents while maintaining safety,” he added.

But some residents say the work isn’t done just yet.

While trains won’t be able to blare their horns between 10 p.m. and 7 a.m., they can still sound off outside those hours, disturbing people who work from home.

Jason Muehring, who lives blocks away from the tracks, called the partial “quiet zone” a “major victory for the downtown San Jose community.”

“What we want though, is to keep our eye on the real prize is the 24-hour ‘quiet zone,’” he added.

Colin Heyne, a spokesperson for San Jose’s department of transportation, said in an email that …read more

OAKLAND — Cole Irvin will return to the Athletics pitching rotation on the upcoming road trip although his first start has yet to be determined. “Glad to be back,” Irvin said Wednesday before the A’s wrapped up a seven-game homestand with a getaway day game against the Minnesota Twins. “Missed being with the guys.” Irvin […]

Home worth more? Here are 13 ways to save if you’re underinsured

The good news is your home has never been worth more. That takes some of the sting out of the fact that the stock market is down, and that you now need to work 10 years longer than you’d planned. But take heart. The housing price run up is real. In 2021, the average U.S. […]

Jack Antonoff attends the 64th Annual GRAMMY Awards at MGM Grand Garden Arena | Axelle/Bauer-Griffin/FilmMagic via Getty Images Mix Antonoff and Minions with some serious flower power, and you’ll get the Minions: The Rise of Gru official soundtrack. This soundtrack was produced by Bleachers frontman and Jack Antonoff officially becomes a minion thanks to his […]