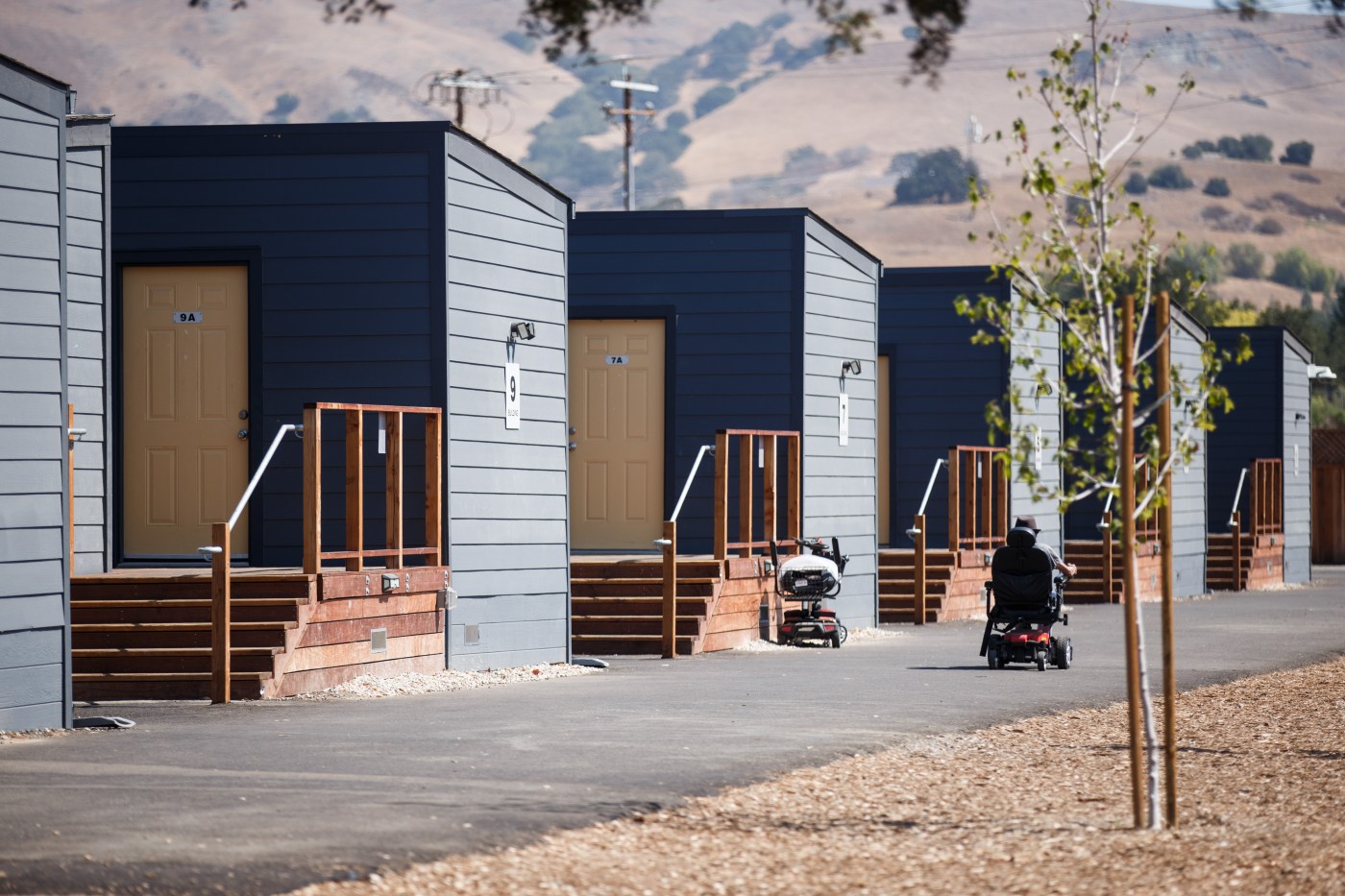 SAN JOSE — City Council on Tuesday approved several new tiny home villages for homeless residents, while at the same time bracing for the backlash that is sure to come from neighbors opposing the projects.

Councilmembers voted 8-2 to move forward with six sites — expanding two existing projects and building two new projects during the 2022-2023 fiscal year, while planning to start work on another two new sites in the future.

San Jose is one of several Bay Area cities embracing small, individual units of temporary housing for unhoused people, instead of traditional dorm-style homeless shelters. Tuesday’s vote moves the city closer to meeting its goal, established earlier this year, of adding 400 new tiny homes where unhoused people can sleep while waiting for permanent housing. And it comes shortly after new data shows San Jose’s homeless population has grown an estimated 11% since 2019.

San Jose currently has four of these type of temporary housing sites up and running. But finding places to build new units has become challenging, as most of the obvious locations already have been taken. As a result, the sites approved Tuesday mostly are oddly shaped slivers of land alongside freeways and exit ramps. And as has happened many times in the past, councilmembers expect residents living near those parcels to vehemently oppose the construction of homeless housing in their neighborhood.

“There’s no doubt that any site we pick will be opposed,” Councilmember David Cohen said.

The two new sites slated for initial development are on Noble Avenue near the Penitencia Creek Trail that winds between the Dr. Robert Gross Ponds, and a Caltrans-owned site beside the State Route 85 offramp at Great Oaks Boulevard. Each site would have 100 beds.

Cohen, who voted against the proposal, expressed concerns with the city-owned Noble Avenue site. It’s across the street from an elementary school, city park and library, next to popular recreational trails, and one block away from a middle school, he said.

When the city had previously proposed homeless housing there, there was an outcry from the neighborhood.

“People came with everything but their pitchforks,” he said, adding that he doesn’t expect the community response to be any different this time around. To head off some of that vitriol, Cohen proposed doing more outreach in the community to get neighbors on board with the project before moving forward.

But city staff said while they support engaging in community outreach, they cautioned against giving neighbors the opportunity to veto the project.

“We’re not going to find perfection here,” he said. “But I think if we want to do what we’ve set out to do, which is move quickly to create these housing opportunities, we’re going to have to make some tough decisions.”

Councilmembers also approved expanding two existing tiny home sites. They voted to add 20 beds to a site currently under construction on an overflow parking lot near the San Jose Police Department. And they voted to add …read more

Tom Hanks | Jean Baptiste Lacroix/WireImage The Da Vinci Code movies began in 2006 when the adaptation of Dan Brown’s famous novel was released. The Da Vinci Code follows a similar story to National Treasure where a mystery is uncovered by using historical documents and art. Tom Hanks starred as Robert Langdon, a Harvard professor […]