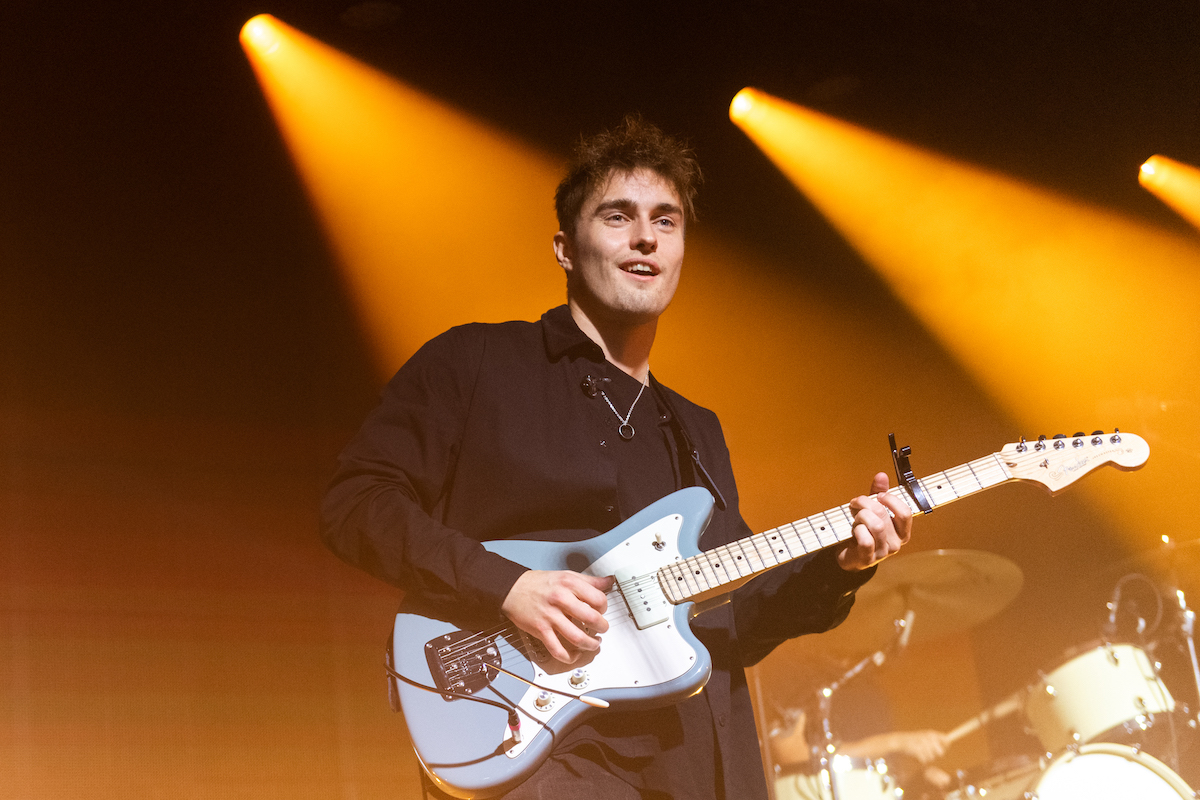 Sam Fender is taking the music industry by storm, racking up number-one albums and hit songs. Touted as one of Britain’s fastest-rising rock acts, the 28-year-old singer-songwriter has also been making the rounds on the celebrity dating scene, recently linked to several high-profile women. Amid his growing popularity, the “Hypersonic Missiles” performer revealed his celebrity crush, a Star Wars queen.

The “Get You Down” singer is enjoying life as a rock star, dating fellow recording artists such as Norwegian singer Sigrid, who toured with Maroon 5 and later headlined her Sucker Punch tour across North America and Europe.

According to the Daily Mail, the Fender also hooked up at the NME Awards with fashion model and OnlyFans influencer Lottie Moss, the half-sister of supermodel Kate Moss.

Who is Sam Fender’s celebrity crush?

#ThorLoveAndThunder director Taika Waititi forgot Natalie Portman was in the Prequel Trilogy and asked her to star in his #StarWars movie ?

In a candid interview with LADbible TV, when Sam Fender was asked to name his celebrity crush, he replied without hesitation: Natalie Portman.

The “Get You Down” singer explained he loved her in Star Wars: “I thought she was the most amazing, beautiful person that I’ve ever seen in my entire life.”

Asked how old he was when he began crushing on Portman, he said, “I’m talking 6. All the way through to now, I’m still crushing hard on her.”

Natalie Portman first appeared in the Star Wars prequel trilogy as Padmé Amidala in 1999’s The Phantom Menace. She also starred in 2002’s Attack of the Clones and 2005’s Revenge of the Sith.

The mother of two has been married for the past 10 years to French dancer and choreographer Benjamin Millepied, whom she met on the set of Black Swan. So it looks like Fender doesn’t have much chance with the Hollywood A-lister.

Who is the rocker dating now?

BRIDGERTON NEWS: Hannah Dodd (Anatomy of a Scandal) will star as Francesca Bridgerton in Season 3.

She takes over the role from Ruby Stokes who is moving on to star in Netflix’s Lockwood & Co. ? Can’t wait to welcome Hannah to the family. pic.twitter.com/XEinB4uCFQ

The Mirror recently reported Fender is dating Hannah Dodd: “The 27-year-old Geordie rocker is said to have ‘slid in the DMs’ of the 26-year-old British actress, and the pair are reportedly growing close.”

According to The Tab, Dodd has been modeling for the past decade, working on high-profile campaigns for Burberry, New Look, and Topshop. She also appeared in the comedy series Harlots and the Marvel movie Eternals. In addition, …read more

It’s almost time to unlock the final chapter of Locke & Key. We’re less than a week away from Locke & Key Season 3’s release on Netflix, and fans couldn’t be more excited to visit the Locke family in Matheson, Massachusetts, once again. But before we dive into the show’s epic conclusion, there are quite […]