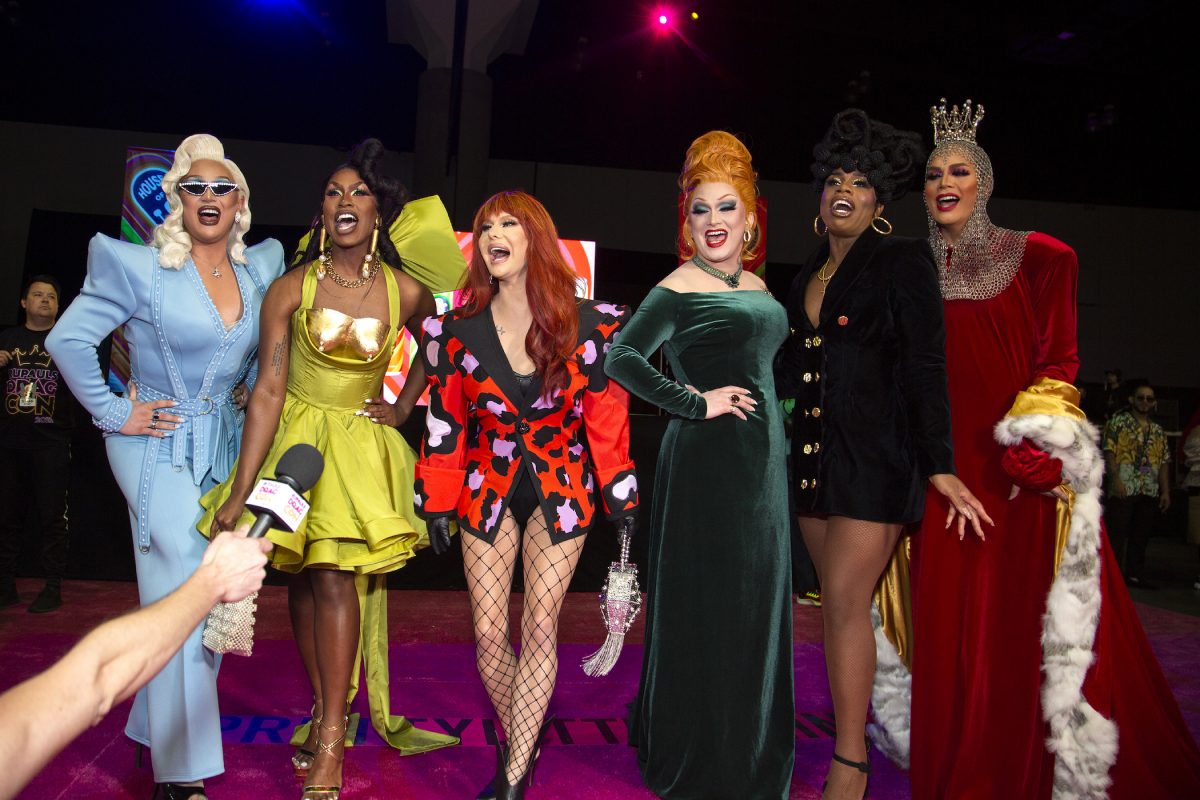 The race to crown the “Queen of All Queens” is just heating up. This special season of RuPaul’s Drag Race: All-Stars debuted in 2022, reintroducing the world to winners of the reality competition series.

Bob the Drag Queen Elizabeth. Olivia Newton John Waters. Gold Tooth Fairy. Whatever Happened To Baby Jane Fonda. There were iconic “Before and After” runways showcased on RuPaul’s Drag Race: All-Stars 7, even if the final looks weren’t always the queens’ first choice.

Where you can watch ‘RuPaul’s Drag Race: All-Stars 7’ and who’s in the all-winners cast

The race to crown the “Queen of All Queens” is just heating up. This special season of RuPaul’s Drag Race: All-Stars debuted in 2022, reintroducing the world to winners of the reality competition series.

Yvie Oddly, The Vivienne, Shea Couleé, Raja, Trinity the Tuck, Jaida Essence Hall, Monét X Change, and Jinkx Monsoon sashayed back onto the competition series, looking to snatch another crown and the cash prize of $200,000.

Similar to All-Stars 6, this season premieres exclusively on Paramount Plus, with each episode debuting weekly. Some are already available for streaming, including an episode surrounding Wheel of Fortune.

The ‘RuPaul’s Drag Race: All-Stars 7’ contestants shared their alternative ‘Before and After’ runway ideas

For the “Realness of Fortune Ball,” the queens appeared on RuPaul’s Drag Race in Wheel of Fortune-inspired outfits, one of which being “Before and After” themed. Shea Couleé appeared as the “Gold Tooth Fairy” on the runway, although she initially had a different idea for her “before and after” runway.

“Fun fact: My original idea for the before and after runway was ‘Janet Jackson Pollock’ But I was told by production that we couldn’t use celebrity names, but could only use fictional non/licensed characters,” Shea Couleé tweeted. “Imagine my shock when I saw everyone else’s before and after looks.”

The drag performer then mentioned several runways that were actually based on real people, including Bob the Drag Queen Elizabeth. Couleé added in another tweet, “Low key, it became one of my favorite looks because I got to conceive this fictional banji faerie from the ground up.”

Yvie Oddly replied to the Twitter thread, saying that RuPaul’s Drag Race gave her the opposite instructions, later informing her that she could potentially do a fictional character on the runway.

Other All-Stars 7 contestants shared their runway ideas on social media, including Monét X Change, who tweeted, “My first idea was SpongeBob the Drag Queen, buuuuuuut it’s a trademarked character.”

‘On the runway, the category is…”

The all-winners season came with iconic runway categories. That includes “Night of 1000 Dolly Partons” and “Pleather Principle.” There were already twists and gags for viewers/the queens, especially the new rules surrounding the “legendary legend stars.”

Even outside of the Werk Room these legends are showcasing looks, recently partnering with Vogue for a Pride Month …read more

Kid Rock isn’t sorry for insulting Oprah Winfrey or Joy Behar. Known not only for his hit songs in the 1990s and 2000s, Kid Rock has also made headlines for his bold remarks. The singer once criticized TV hosts Oprah Winfrey and Joy Behar, and he is not apologizing for them. Kid Rock | Photo […]

CALABASAS, Calif. (AP) — A mountain lion that was part of a National Park Service study was fatally struck by a vehicle in Southern California’s Santa Monica Mountains along the same road where her mother was similarly killed. The adult female cougar, dubbed P-54, died Friday on Las Virgenes Road, south of Mulholland Highway, the […]

Ahead of return to SF Giants rotation, Alex Cobb speaks out against longer IL for pitchers

PITTSBURGH — Alex Cobb on Sunday will make his first start for the Giants since May 29, just before he suffered a string of unfortunate injuries that sidelined him for three turns through the rotation. “It feels like it’s been a month,” Cobb said. Cobb was nearing a return from a lower back strain when […]