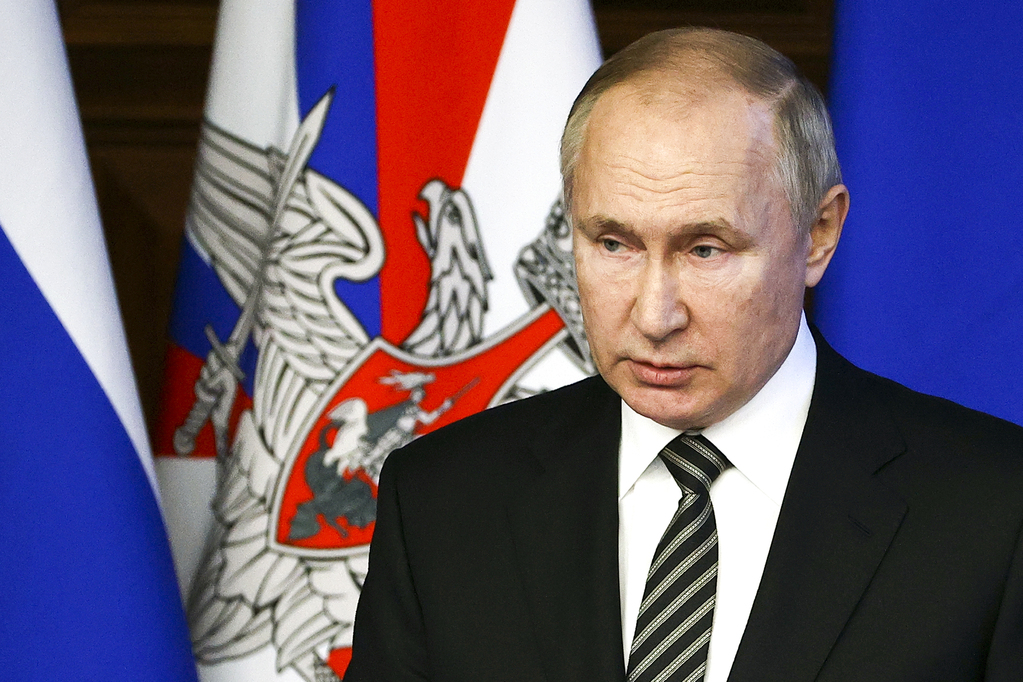 This week, Western nations have been trying to rebuff Russia’s threats to invade Ukraine for the second time in eight years.

The talks between the United States, NATO, European officials, and their Russian counterparts in Geneva are an effort to tamp down Moscow’s military blackmail — and prevent another Kremlin effort to change European boundaries by violence. The talks are not going well.

With 100,000 Russian troops massed on Ukraine’s borders, the Russian government has insisted that NATO should officially cave to an impossible series of demands that would effectively return control of Eastern and Central Europe back to Moscow. The Biden team and allies have refused but offered further talks to reassure the Kremlin that NATO has no quarrel with a peaceful Russia.

So the stakes of this geopolitical chess game are much bigger than Ukraine’s future. (Although Ukraine is the critical test case.) And the game revolves around Vladimir Putin’s visceral desire to reestablish the Cold War dividing lines between East and West. He wants to rebuild the former Soviet sphere of influence that extended from Central Europe through Central Asia, and views this effort as a restoration of Russian greatness.

“Putin wants to rebuild the Russian empire as his legacy,” says Alexander Vershbow, former U.S. ambassador to Russia and Deputy Secretary General of NATO. “We have to figure out whether he can be stopped.”

The Russian leader, a former KGB colonel, has never disguised his bitter feelings about the collapse of the Soviet Union. He famously said, in his 2005 state of the nation address, “The demise of the Soviet Union was the greatest geopolitical catastrophe of the century.”

In the decade since he took power, Putin has tried to reestablish a degree of Russian control — by force — in now-independent countries he believes were unfairly ripped from his nation’s historic land mass.

Russia invaded Georgia, and maintains troops in ethnic enclaves there, as well as in a corner of Moldova. It now has effective control over Belarus via its Russia-dependent dictator. And Putin just sent 2,200 troops to Kazakhstan to help another Russia-friendly leader pull a coup and massacre hundreds of demonstrators.

And then there is Ukraine, where Russia invaded in 2014, annexing Crimea and setting up Russian proxies in the Donbas region of eastern Ukraine. As always with Putin’s military threats, the excuse was that he was protecting Russian-speaking locals against popular “color” revolutions secretly organized by the United States and NATO to overthrow pro-Russian local leaders.

Baloney. I was in Ukraine for weeks following the 2014 Maidan uprising that led to the hasty flight of President Viktor Yanukovych. This was a genuine civil revolt against Yanukovych’s kowtow to Moscow in refusing to permit the country to draw closer to the European Union.

As for “protecting” Russian-speaking Ukrainians, the leaders of the so-called Donbas “revolt” in 2014 against the Kyiv government were sent from Moscow, and it was fomented with Russian assistance and weapons.

Putin’s motivation then, as now, was to re-establish a hold over Ukraine by retaking territory and destabilizing its government. He believes, as he wrote last year, that Ukrainians and Russians are “one people,” …read more

Were Oakland hummingbirds fighting or courting?

DEAR JOAN: I witnessed a very bizarre incident recently involving two hummingbirds, and I know you will be able to decipher this avian oddity. The two were furiously circling each other in the front porch area, which is covered by a roof but is otherwise open. At first I thought maybe they were confused and didn’t […]

Attack on Titan isn’t a romance anime, but that hasn’t stopped fans from rooting for certain characters to get together — especially when the series hints at feelings between them. And while Eren and Mikasa are the central ship viewers flock to, another pairing is proving Attack on Titan Season 4’s sweetest development: Gabi and […]

‘Twilight’: The Cullens Had ‘Family Sing-a-Longs’ on and off Set

‘Twilight’ cast members | Albert L. Ortega/Getty Images The actors who were cast as the Cullens became something of an actualy family while filming ‘Twilight’ Though they were filming with each other all day, many of the Twilight cast members hung out off set also. In fact, it became a habit for them to chill […]