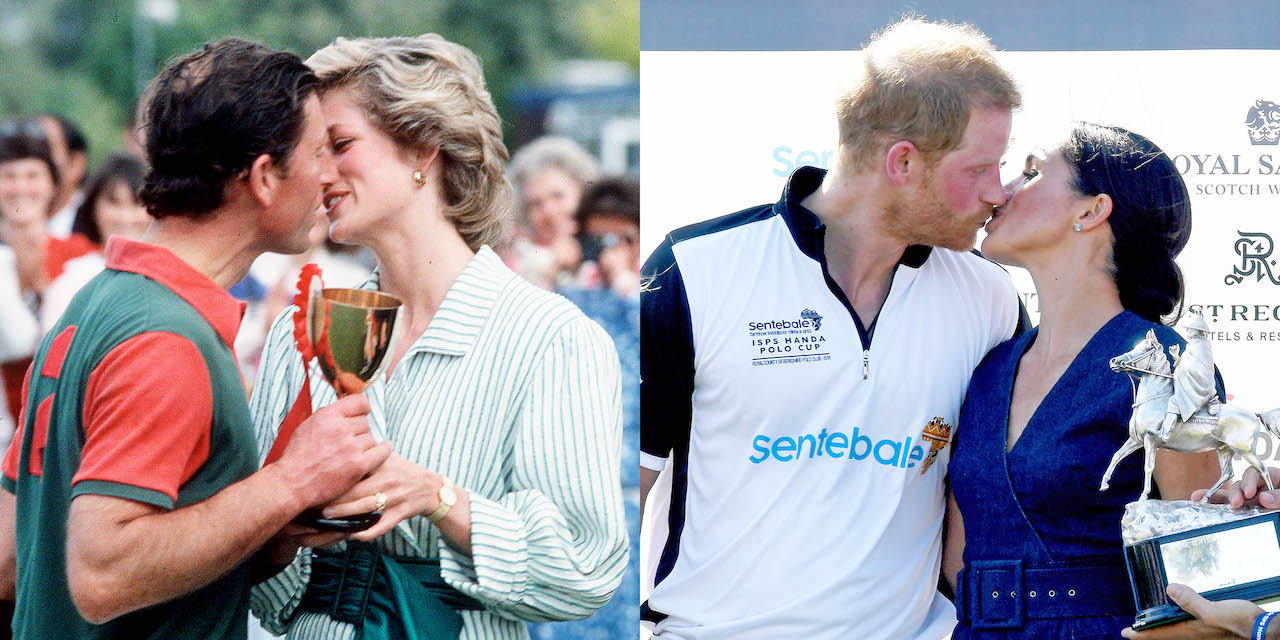 According to an author who worked closely with Princess Diana to write a bombshell biography in the ’90s, there are notable differences between the marriages of King Charles III and Diana and Prince Harry and Meghan Markle. Though some comparisons have been made between the two couples, Andrew Morton named two areas of significant contrast.

After the Duke and Duchess of Sussex sat down for their revealing interview with Oprah Winfrey, some observers drew comparisons to Diana’s 1995 interview with BBC journalist Martin Bashir.

For instance, Vogue noted that Diana and Meghan’s language was “hauntingly similar” and pointed out how “both women admitted they struggled with self-harm.”

Furthermore, Harry directly compared his mother and wife, implying the royal family was jealous of them. “It all changed after the Australia tour,” he explained to Oprah. “It was the first time the family got to see how incredible [Meghan] was at the job. And that brought back memories.”

Similarly, in Diana’s interview, she touched on how things changed for her after receiving a lot of attention in Australia. “With the media attention came a lot of jealousy,” she shared. “A great deal of complicated situations arose because of that.”

Royal biographer Andrew Morton used tapes secretly made by Diana to write a biography, Diana: Her True Story, in the ’90s. And he explained why he felt that Diana’s situation differed from Harry’s and Meghan’s.

“The big difference between Diana and Charles and Harry and Meghan is that Diana was trapped in a loveless marriage, whereas these two seem extremely happy together,” Morton told Vanity Fair. “That’s a huge difference.”

He added, “Secondly, Diana gave it 10 years before she rebelled and helped me [on the book]. They didn’t even give it 10 months.”

Morton noted that Harry “was meeting with Oprah in November 2018, which was six months after they married, to discuss a tell-all [interview].”

A difference between Princess Diana’s revealing interview and Harry and Meghan’s Oprah interview, according to biographer

According to Morton, it made more sense to him for Diana to speak out than for Harry and Meghan. And that was because of the position she was in.

“[Charles and Diana] were future king and queen,” he noted. “When you’ve got the future queen saying that the future king is not fit for the job, then that is something that you have to take very seriously.”

‘Wednesday’ Season 2: Could the New Villain Be Bianca’s Mother Gabrielle and the MorningSong Cult?

A possible Wednesday Season 2 will introduce a new foe for the macabre teen. In the Netflix series, the mystery of the Hyde and its master is revealed, but it is not the end of the grand puzzle. Wednesday Addams gets text messages from a new stalker with intentions of murder. With the mystery far […]

‘The Bold and the Beautiful’ Spoilers: Ridge Chooses Brooke Over His Son

TasteFood: Chile verde can utilize turkey leftovers — but it doesn’t have to

This is not a leftover turkey recipe, but do not fret. While this recipe focuses on pork, the beauty of a chile verde is that you can use the recipe as a template and substitute in your favorite meat for the pork. Chunks of dark chicken are great flavorful contenders. And, yes, turkey leftovers can […]