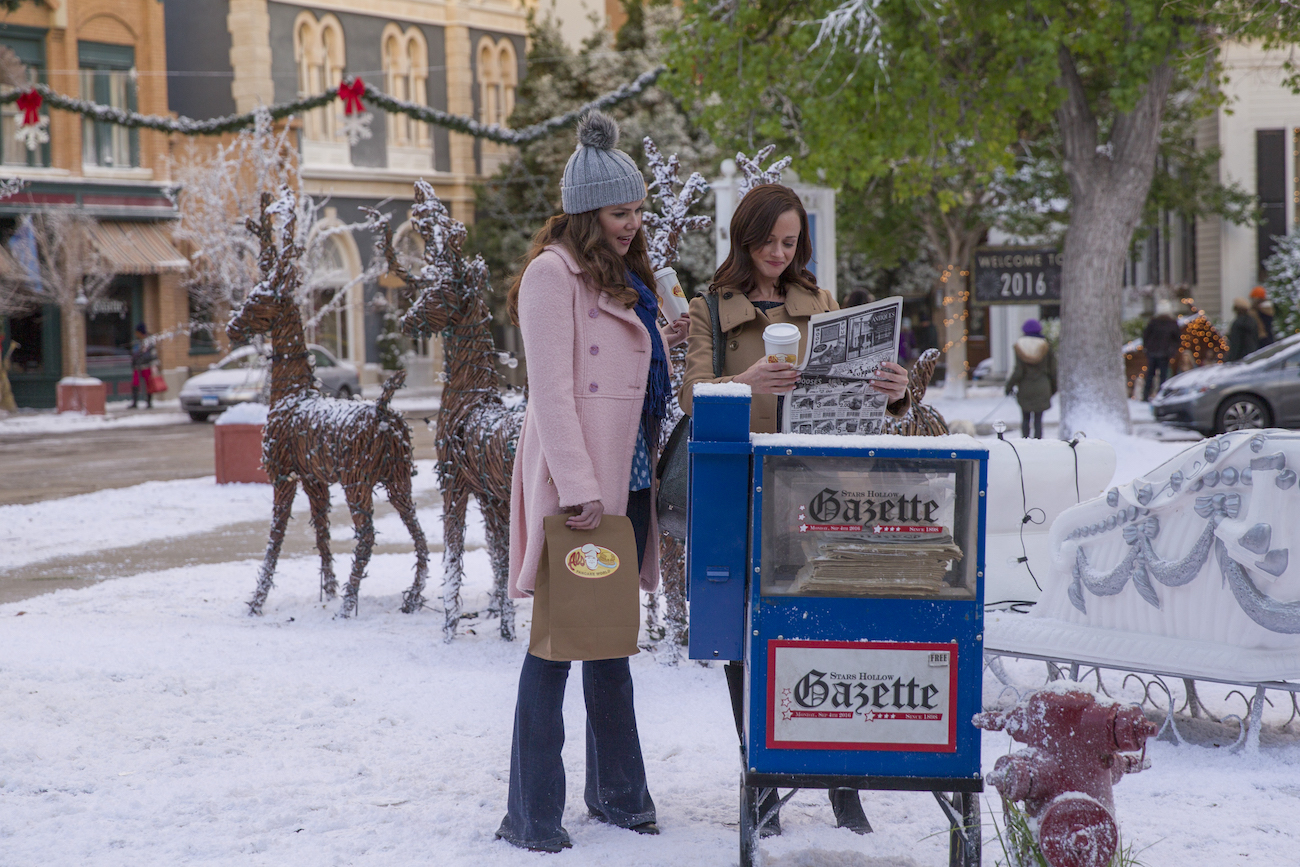 Rory Gilmore’s bag became a staple on Gilmore Girls. Played by Alexis Bledel, Rory memorably carried a yellow backpack during her high school years at Chilton. Then when she went off to college at Yale Rory switched to a more grown-up leather messenger bag. Fast-forward nearly a decade to Gilmore Girls: A Year in the Life and the youngest member of the Gilmore family’s carrying yet another bag. So what’s the story behind Rory’s bag? Not only does it have a connection to Bill and Hillary Clinton but, according to the Netflix revival’s costume designer, it’s a very Richard and Emily Gilmore purchase.

Rory Gilmore has a ‘power bag’ in the Netflix revival

Lauren Graham and Alexis Bledel in ‘Gilmore Girls: A Year in the Life’ | Saeed Adyani/Netflix

Brenda Maben, the Gilmore Girls costume designer who returned for Gilmore Girls: A Year in the Life, told The Hollywood Reporter all about Rory’s bag in November 2016. She explained that Rory’s style has evolved over the years which is reflected in her clothing and, of course, her handbag choice.

Now Rory carries something else besides a backpack, messenger bag, or that expensive Hermès Birkin bag from Logan Huntzberger (Matt Czuchry). In Gilmore Girls: A Year in the Life Rory’s bag is from the Los Angeles-based luxury handbag brand Jamah.

Maben described it as a crucial element to Rory’s look, referring to it as a “power bag.” Also, it’s blue which the costume designer noted is “one is of Rory’s favorite colors.” As for why this particular bag caught Maben’s eye? It  “summed up” everything she wanted to convey on screen about where Rory is in her life.

“I used that bag specifically because she’s coming from Europe and the first time you see her, I think it’s important that she had something that says, ‘I’m going for it. I’m going to be successful in what I’m doing,’” Maben explained. “I thought that bag just summed that up.”

“When you start a new job or you’re just starting off, especially Rory coming from the standpoint of her grandparents, you buy one good bag,” she told WWD in November 2016. “You buy a quality bag and that bag will last you for a really long time.”

As fans of Gilmore Girls probably already know from watching — and re-watching — the series, Rory is a Hillary Clinton fan. She even decided to write her college admissions essay on Clinton. And, as she once told her high school boyfriend Dean Forester (Jared Padalecki), she liked to record footage of Clinton speaking on C-SPAN.

With this in mind, Maben couldn’t have picked a better choice for Rory’s bag. According to WWD, Jamah designer Nancy Gale had been commissioned by Patient Safety to design bags for Clinton, former President Bill Clinton, as well as their daughter Chelsea Clinton.

Is Kylie Jenner the Most ‘Generous’ Kardashian? Fans Weigh In

We have seen many sides of the Kardashians over the last decade and a half, including the good and the bad of each Kardashian-Jenner sister. While there’s no way we can weigh in on just how generous they are off-camera, fans have some theories as to which sisters rank at the top — and which […]

Drought conditions in California this summer were the worst on record

By Rachel Ramirez | CNN The West’s historic, multi-year drought is threatening water supply, food production and electricity generation. It has drained reservoirs at incredible rates and fueled one of the most extreme wildfire seasons the region has ever experienced. In California, drought conditions this summer were the most extreme in the entire 126-year record […]

Prince Harry and Meghan Markle | Chris Jackson/Pool/Getty Images Initially planned for the time of the Diana statue unveiling, the reception didn’t happen because of coronavirus (COVID-19) restrictions. It will now happen at Kensington Palace and friends and family are expected to be there. But not on the guest list is Harry and Meghan. According […]