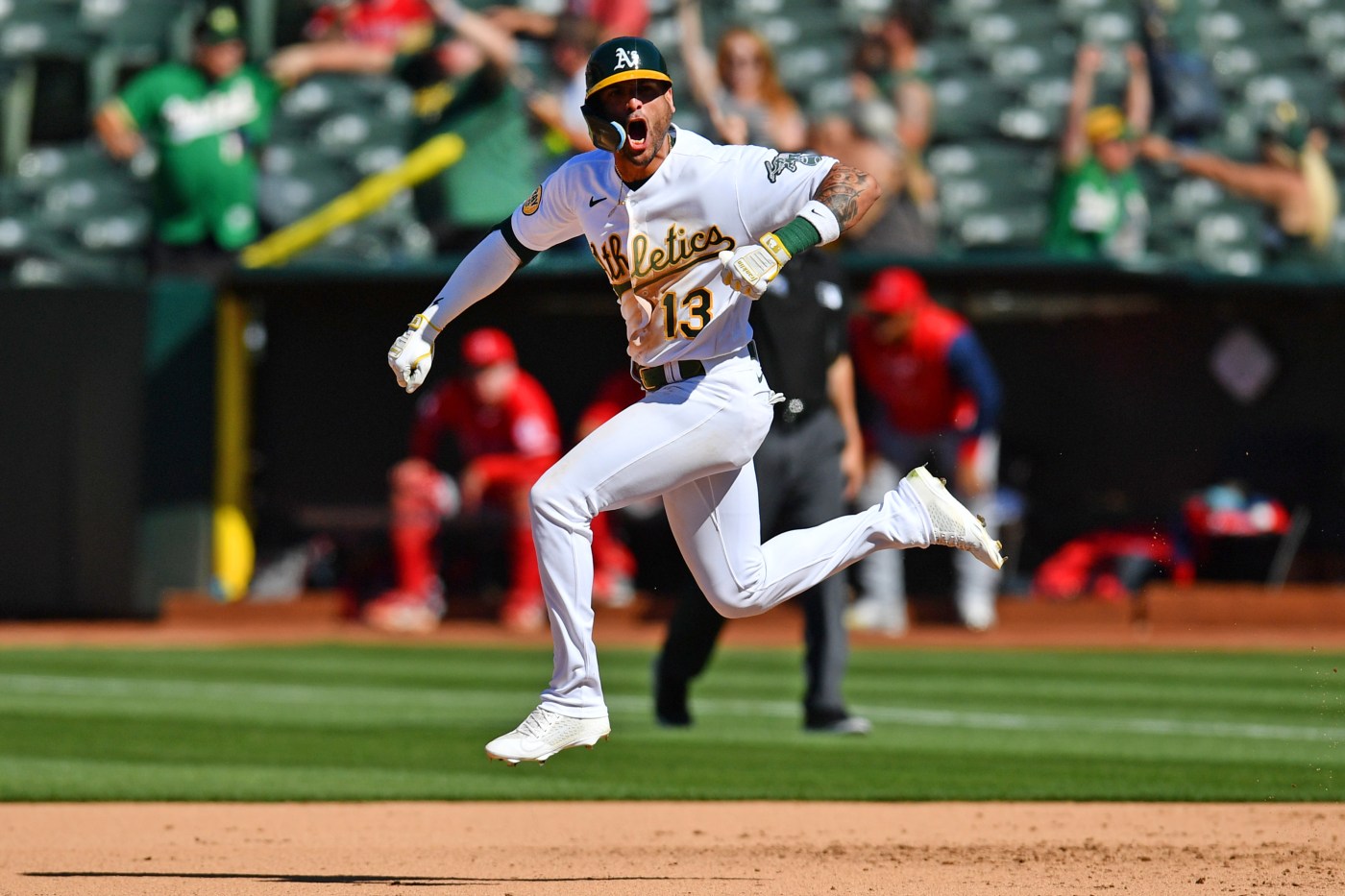 Luis Barrera probably shouldn’t have been in the batter’s box in the ninth inning on Saturday afternoon at the Coliseum.

The 1-1 slider Iglesias threw Barrera wasn’t necessarily a strike, but it didn’t need to be. The left-handed hitting outfielder turned on the pitch and blasted it into the right field bleachers for a walk-off, three-run home run in a thrilling 4-3 comeback win for the A’s.

The first home run of Barrera’s major league career couldn’t have come at a better time for a slumping A’s offense, which was held to two hits in a shutout loss on Friday night before recording just three hits over the first eight innings of Saturday’s game.

Aside from the A’s offensive struggles, there were other reasons Barrera wasn’t a promising choice in the ninth inning of Game 1 on Saturday.

Consider the fact the inexperienced outfielder was just 4-for-17 in his brief major league career entering Saturday’s game. Consider the fact the A’s had already designated Barrera for assignment this season, exposing him to the waiver wire after determining he wasn’t an ideal fit for an Oakland club in the midst of another rebuild. Consider the fact he didn’t enter the game until the A’s needed a pinch-runner for Jed Lowrie after the 38-year-old designated hitter got his team on the board with a two-strike single in the seventh.

Then consider that none of it mattered to Barrera, who was promptly doubled off of first base after misjudging a fly ball caught by Angels right fielder Jack Mayfield.

All Barrera wanted was a chance. All the A’s needed was a hero. However unlikely, Barrera fit the bill and the A’s stunned an Angels club that thought a victory was in hand when its closer, who signed a four-year, $58 million contract this offseason, stepped on the mound.

A second trailer has dropped for Baz Luhrmann’s Elvis Presley movie biopic called Elvis, starring Austin Butler. This follow-up to the film’s original teaser takes a different turn than the first clip, where Presley’s first introduced to the world by Col. Tom Parker. However, Presley’s personal sacrifices showcase the darker side of fame and his […]

Stevie Nicks Was ‘Furious’ at Her Poorly Timed Intervention: ‘You’re All Fired’

When Stevie Nicks joined Fleetwood Mac in 1975, she began using cocaine alongside her bandmates. She thought of the drug as a recreational creativity booster, but it began to cause problems for her. After a doctor’s warning, she checked herself into a rehabilitation center. Just before she went, those close to her staged an intervention, […]

By The Associated Press MOSCOW — Russia’s defense chief says the country’s forces have taken full control of the massive steel plant in Mariupol that was the last stronghold of Ukrainian resistance in the city. That would mark the end of a nearly three-month siege that reduced much of Ukraine’s vital Black Sea port of […]