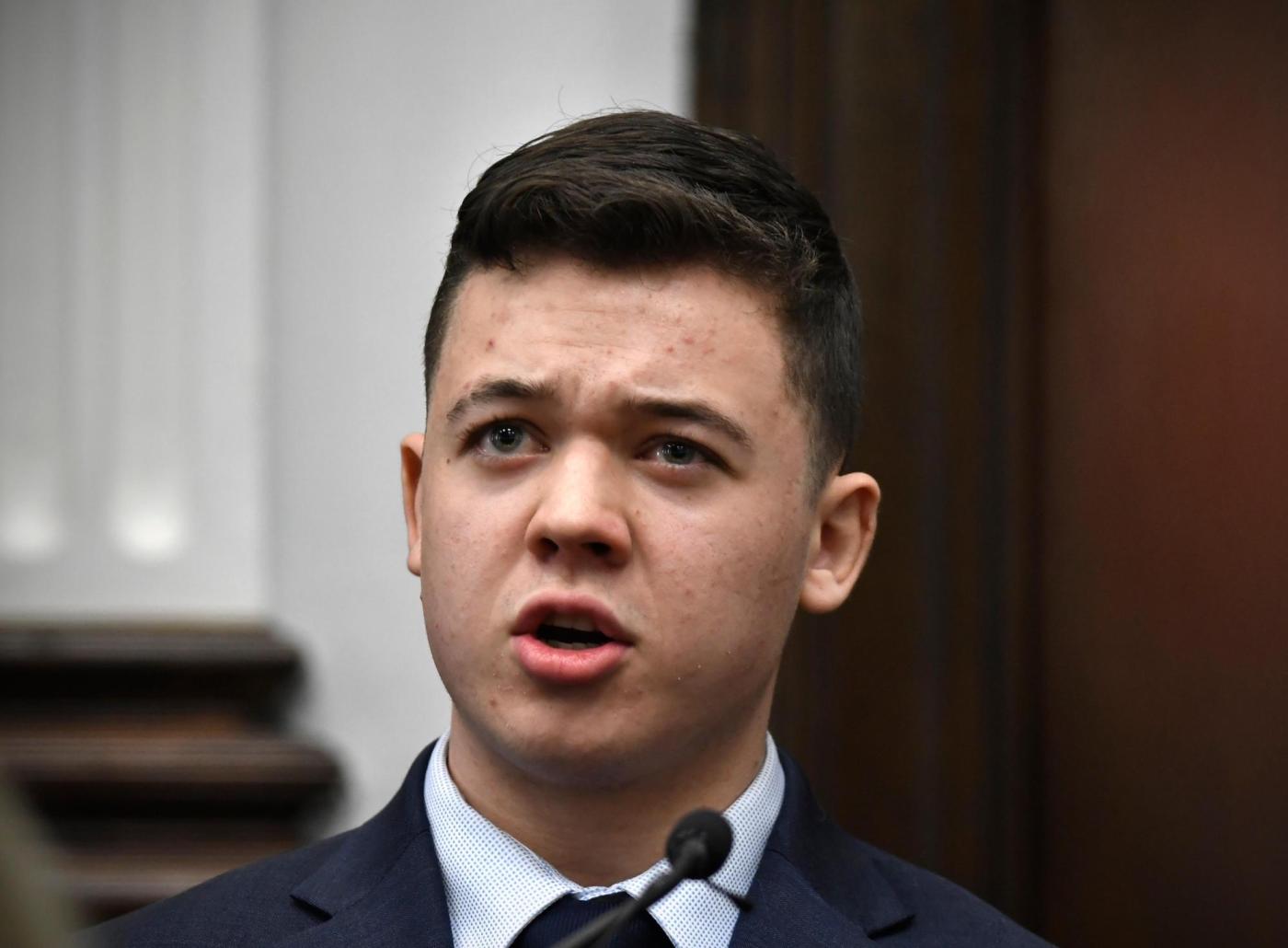 Kyle Rittenhouse, the 18-year-old who shot and killed two men and wounded a third last year during protests of the police shooting of Jacob Blake, was found not guilty Friday of all charges by a Wisconsin jury.

One can argue about the particulars of the case, about the strength of the defense and the ham-handedness of the prosecution, about the outrageously unorthodox manner of the judge and the infantilizing of the defendant. But perhaps the most problematic aspect of this case was that it represented yet another data point in the long history of some parts of the right valorizing white vigilantes who use violence against people of color and their white allies.

Rittenhouse has emerged as a hero and cause célèbre on the right, with people donating to help him make bail and one Republican strategist telling Politico that he “could see a future in which Rittenhouse becomes a featured speaker at the conservative confabs where activists congregate.”

The idea of taking the law into one’s own hands not only to protect order but also to protect the order is central to the maintenance of white power and its structures. The killers of Ahmaud Arbery, on trial in Georgia, are also vigilantes.

George Zimmerman, the man who shot and killed Trayvon Martin in 2012, was also a vigilante and was embraced by the right. Money also poured in for Zimmerman’s defense.

In 1984, New York subway vigilante Bernhard Goetz shot four Black teenagers who he said were trying to rob him. He was hailed as a hero, but then more details about him began to emerge. One of his neighbors wrote in New York magazine that he had heard Goetz say at a community meeting that “the only way we’re going to clean up this street is to get rid of the spics and niggers.”

This list is long and doesn’t only include individuals but also organizations and entire periods of American history. I am sure that many in the white Citizens’ Councils and the Ku Klux Klan also saw themselves as vigilantes.

Perhaps the most prolonged period of violent white vigilantism occurred in the decades following the Civil War, as lynchings surged.

This vigilante impulse, what some call justice and others terror, has been a central feature of the American experience. So has the way people have made heroes of vigilantes, encouraging, supporting and defending them.

When Donald Trump was running for office in 2016, he encouraged his supporters to assault rabble-rousers at his rallies while promising, “I’ll pay the legal fees.”

The St. Louis couple who waved guns in front of Black Lives Matter protesters in the summer of 2020 were invited to speak at the Republican National Convention.

One could argue that the entire Jan. 6 insurrection was one enormous act of vigilantism.

You could also argue that our rapidly expanding gun laws — from “stand your ground” laws to laws that allow open or concealed carry — encourage and protect vigilantes.

It goes without saying how ominous this all is for the country. Or, to turn the argument around, how …read more

HGTV: Christina Haack’s Kids Have the Cutest Reaction to the Elf on the Shelf and Fans Adore It

Christina Haack has shared a lot of her life with HGTV fans on her shows like Flip or Flop and Christina on the Coast. The interior designer has a large fan base that gets inspired by the work she does on TV. Haack also shares tidbits of her life on social media, like when she […]

‘The Bachelorette’: The Real Reason Behind Tayshia and Zac’s Break Up

A man was fatally shot early Sunday in San Francisco’s Mission District, police said. Related Articles Bay Area homicides 2021: Map and details Officers responded shortly before 5 a.m. to reports of a shooting at Potrero Avenue and Cesar Chavez Street, according to Officer Robert Rueca. A man who was found with gunshot wounds was […]